The Strange Feminist Silence on Islam 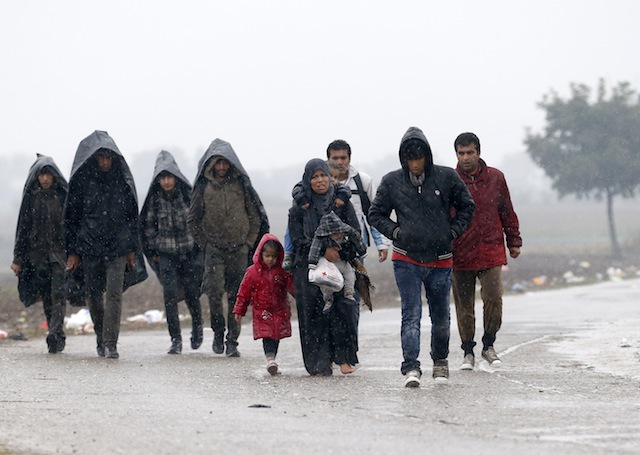 We’ve all seen it on TV: the formulaic competition between the sexes in which the woman naturally triumphs in a stereotypically man’s domain. I happened to stumble upon an outlandish example of this phenomenon in an episode of Hawaii 5-0 several months ago (the modern remake of the 1970s-era original). The “star” of the show is a vigorous, highly trained man in his mid-thirties. In his perilous law-enforcement post, he often fights bad guys. Literally. And so does his Mom.

Her own post is full of international intrigue. The details aren’t important; what I’m leading up to is a scene in which the leading man, while pursuing one of his cases, happens to find himself going toe to toe in confined quarters with an unknown but very, very able opponent.

Yes, he is unknowingly fighting his Mom. Who must be in her late fifties. And the viewer is subjected to a prolonged reenactment of an Ali-Frazier type bout, the outcome of which is very much in doubt. Because they are equally agile, mobile, and hostile.

How did equality in terms of administering brute force – as in mano-a-mommy combat – become a feminist priority? Probably the same way feminists embraced the transgender movement: by nurturing a fantasy. Both these flights from reality, like the broader sexual revolution, which is contingent upon artificial means of thwarting new life, are propelled by a kind of Gnostic disdain (rather than Christian reverence) for the body as it is naturally given. The male and female body should instead have the same capacities, even be interchangeable. The overriding imperative is to flout nature rather than to value women as they are.

Around the same time, I came across a picture of a group of Middle Eastern migrants – about six men, and two women – walking along a road somewhere in northern Europe. Snow dotted the scene here and there. All the men had jackets on and were wearing shoes. The women were not. What’s more, they were each carrying a couple of young children in their arms and on their backs. The men were not.

Why on earth would a migrating male stoop so low as to lend a helping hand to a female? The picture conveyed, in much less than a thousand words, the unquestioned inferiority of women in the Islamic worldview. You would at least think that more vicious manifestations of this mentality would trigger serious opprobrium among feminists. But the silence of today’s soi-disant feminists is deafening when it comes to the systematic Islamic mistreatment of women.

Phyllis Chesler, for one, is fed up with the silence. Author of several books on feminism beginning in the 1970s, her latest – Islamic Gender Apartheid: Exposing a Veiled War Against Women  – pierces the ominous hush that has surrounded this widespread brand of misogyny. It is a compendium of many short essays written between 2003 and 2016. Even picking out a few at random would suffice to induce distress over the indifference with which appalling monstrosities are met by feminists and “progressives” at large.

She speaks from first-hand experience, having unexpectedly found herself, as a young Jewish-American bride, among a harem in Afghanistan. This was long, long before the Taliban. After escaping, she focused her energies on exposing and opposing the various forms of degradation women encounter around the world. The forced marriages, the beatings, the sexual abuse and trafficking, the honor killings and genital mutilation.

Like most feminists of that era (and those on the march today), however, Chesler remains ardently in the “pro-choice” camp. This massive chink in her armor seriously undermines the universality of the values she defends. But we should ponder her lament that today’s feminists have become so fearful of being politically incorrect – being branded racist or insufficiently multicultural – that they have become nothing short of Islamically correct. All of a sudden, obvious barbarism and misogyny are off limits; instead, Palestinian men reflexively outrank women.

Her essay “Conservatives are Feminists, Liberals are Misogynists” expresses sorrow over the loss of many friendships (with feminist peers) based on what she thought had been shared values. There is one about the Sultan of Brunei banning Christmas, even as his brother runs a private brothel composed of western women. That might seem “hypocritical,” but both these categories are fully sanctioned: suppressing non-Islamic religious expression, and regarding infidel women as sub-human objects to be sexually abused at will.

There are, by the way, means by which Muslim women can permissibly be sexually exploited as well. One such justification is the practice of “temporary marriage,” in which short-term liaisons – akin to prostitution – are given religious sanction. This practice contributes to the fact that Iran – yes, Iran! – has among the highest rates of venereal disease in the world.

Other essays are even harder to read. But those especially make you wonder why today’s feminists shy away, as Chesler does not, from tying the crimes of Boko Haram (in the news yet again) – particularly sexual predation upon young girls as a legitimate component of Islamic expansionism – back to the very foundation of Islam. And since then to the steady if intermittent raids that have occurred whenever the crescent asserts itself.

Insight into the mindset that drives Boko Haram is freely expressed in the plain as day words of its leader (Abubakar Shekau): “I enjoy killing anyone that God commands me to kill.” That’s not from Chesler’s book, but it reinforces her point that Westerners fail to grasp or go to great lengths to avoid grasping the authentically Islamic justifications for iniquity.

The silence of today’s feminists fortifies the Islamic judgment that the vilest, most reprehensible forms abuse can’t be considered as actual offenses if non-Muslim women are the targets. Not a crime! What shall be overlooked in Pakistan [5] shall not be condemned here! So what on earth, then, are feminists fighting for? Maybe it’s a matter of what they are fighting against.

*Image: A Pakistani victim of an acid attack [photo by Emilio Morenatti [6] – WARNING: Images at the site, depciting more of Mr. Morenatti’s photos of women victims, are truly horrible]

Matthew Hanley is senior fellow with the National Catholic Bioethics Center. With Jokin de Irala, M.D., he is the author of Affirming Love, Avoiding AIDS: What Africa Can Teach the West, which recently won a best-book award from the Catholic Press Association. The opinions expressed here are Mr. Hanley’s and not those of the NCBC.

PrevIs Russia Above Suspicion for Assassinations and Attacks in Britain?
Speakers CorneredNext