It’s a ‘toxic atmosphere’ for Jews and Israel 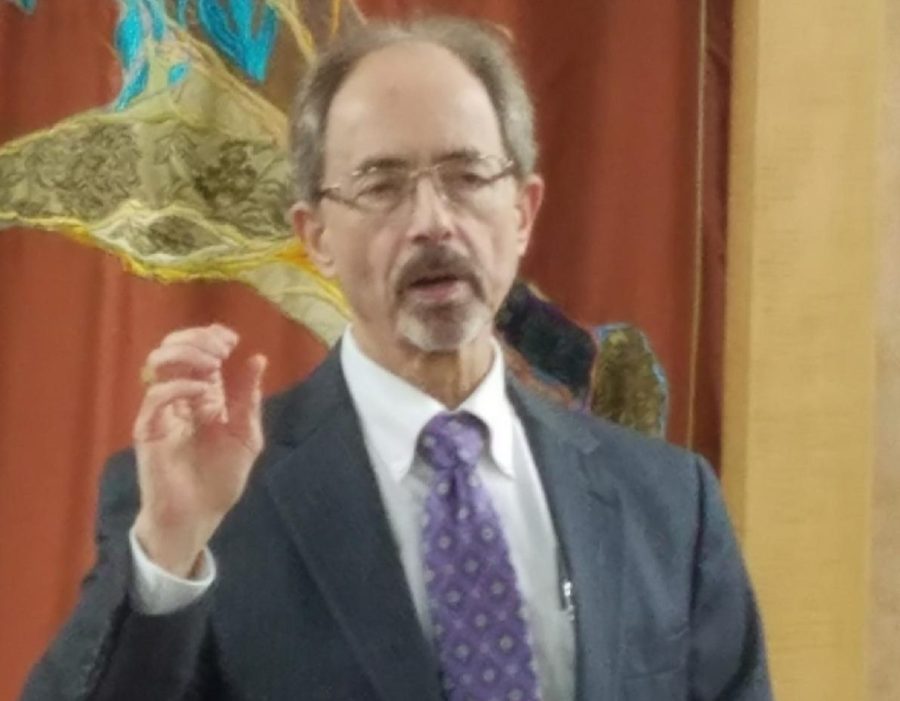 Never Again” — that post-Holocaust slogan that gave comfort and acted as a guide to action to so many Jews and their non-Jewish allies — “is fading in North America, has ended in Western Europe and never penetrated the greater Middle East,” says the author of a new book that chronicles the
resurgence of anti-Semitism in the world in the guise of anti-Zionism.

Immediately after World War II, Western leaders rejected anti-Semites and their dogma, identifying them with the fascists that they had just fought and beaten, says Eric Rozenman, whose
new book, “Jews Make the Best Demons: ‘Palestine’ and the Jewish Question,” was launched Sunday at Chabad of Northern Virginia in Fairfax.

But now, several generations after the war, many young people — 20 percent of French people between 18 and 34 say they have never heard of the Holocaust, according to a recent CNN poll — have forgotten the devastation that anti-Semitism wrought on the Jewish people.

In the West’s “morally relativist …secular fundamentalist, multicultural framework,” Jews are accepted as individuals, says Rozenman, 69, and former editor of Washington Jewish Week, “but their identity as a distinct people with the right to their own historic nation-state” and “their mission as being a light unto the nations” are rejected.

In addition, Israel is painted with the colonialist brush, Rozenman says. Generally, colonialism involved lighter-skinned people ruling over darker-skinned people. Israel is charged as being colonialist and thus racist because it “oppressively colonized” Palestine. So, Israel has become in the eyes of many the epitome of racism.

In today’s world, Rozenman says, racist” is equivalent to “Christ-killer,” the charge that led to massacres, expulsions and ultimately to the Holocaust.

So, anti-Zionism has become the new anti-Semitism; that “old obsession with the Jews is new again,” the author says.

Not that Jews or Israel can’t — or shouldn’t — be criticized, he says. Rozenman says he uses Natan Sharansky’s criteria to determine in his own mind whether such critiques are fair. The former Prisoner of Zion and head of the Jewish Agency for Israel asks: Does the criticism involve double standards, delegitimization and/or demonization? If the criticism has one or more of those elements, it’s “not fair criticism but anti-Semitism,” Rozenman says.

Just as anti-Zionism has become the “gateway” to a rising anti-Semitism, Palestinian terrorism has become the “gateway drug” for Islamist terrorism, he says. In the 1970s, the Palestinians hijacked aircraft to demand the release of terrorists in prisons; that morphed 30 years later into “weaponizing hijacked airliners to murder thousands,” the author says.

That toxic atmosphere helps to make peace between Israel and its neighbors seem remote.

The author notes that in its covenant, Hamas, which rules the Gaza Strip, is clear about what it wants — “to replace Israel with an Islamic state — Israel, West Bank, Gaza — and they want to kill all the Jews.”

Insofar as the Palestinian Authority, the successor to the PLO, is concerned, Rozenman says that organization takes a “nuanced” approach to the Jewish state, “especially in English. They say no Jews in the West Bank and Gaza — the Jews in Israel can stay — but their vision is of a state in which the Jews will be a minority.”

One of his motivations for writing the book is the old saw about the “Holocaust being an example of man’s inhumanity to man,” Rozenman says. With such an outlook, the uniqueness of the Shoah — an attempt to eradicate a people, the worst case of genocide in the history of mankind — can get lost.

“The Holocaust was an example of man’s inhumanity to Jews,” he stresses.

In a post-event, e-mail interview Rozenman was laudatory in evaluating President Trump’s treatment of Israel, emphasizing that the opinions expressed are strictly his, and not those of the Jewish Policy Center where he works.

“The U.S. embassy in Israel should have been moved to Jerusalem, Israel’s capital, long ago,” he says, rejecting criticism that the move was somehow an obstacle to peace.

As for UNRWA —the United Nations Relief and Works Agency for Palestine Refugees — for which Trump ended funding, he notes that it was created to aid Palestinian refugees temporarily, but has “became a permanent jobs program … [and] a permanent breeding ground of incitement and terrorism.”

Rozenman is not sure that the changes toward Israel will survive the end of the Trump administration, noting that the “volatile, fragmented nature of American politics today hinders identification of long-range U.S. interests and pursuit of policies to support those interests.”

Likewise, he believes that America’s new policies toward the Jewish state will affect the United Nations and the world’s treatment of Israel only if Washington adheres to this course and “imposes costs” — as it does in the case of Iran — on those who violate those policies.

Aaron Leibel is a Washington-area writer.

PrevLondon: Brexit Betrayal March – to be updated at intervals
We’ll Always Have ParisNext