On Tuesday, a gunman opened fire in a grocery store in Boulder, Colorado killing nearly 10 people on the spot. Following the horrific incident, several left-liberals, including American Vice President Kamala Harris’ niece Meena Harris, took to Twitter to declare that the attacker was a ‘white male’.

However, hours later, the Boulder police identified the killer as a 21-year-old Syrian Muslim immigrant Ahmad Al Aliwi Alissa. As it was found out that the killer was not a ‘white’ man, a severe backlash against liberals erupted on social media highlighting how liberals resorted to blaming the white community by holding them responsible for crimes that they did not commit.

Julie DiCaro, the Editor of sports blog Deadspin … lamented that she was extremely tired of people’s lives depending on whether a white man with an AR-15 was having a good day or not.

As DiCaro continued to blame the white men in the US for the Boulder incident, soon other liberals joined her to vent out anger against ‘white’ men. Hemal Jhaveri, who is ironically the ‘Race and Inclusion Editor’ at USA Today, declared that it was always angry white men who indulged in the shooting incident.

To which, DiCaro said these white men were always angry about women.

Amy Siskind, who claims to be a combination of ‘Activist, feminist, author’, was not far behind in displaying her hatred towards the white community. As per Amy, the shooter was likely to be a ‘white men’, as if he were a black or brown man, he would be dead by now.

Turns out, the killer was a brown man from Syria and was caught alive by the policemen. Well, it turns out that Feminists across the world are all similar, when it comes to pushing false propaganda.

Social media users were quick to point out the inconsistencies in the rhetoric of liberals pertaining to the Boulder shooter incident, who immediately jumped to politicise the tragic Boulder shooting to push their false narrative. However, the entire propaganda against ‘white’ people fell apart as it turned out the shooter is Muslim.

Ahmad Al Aliwi Alissa (or Al Issa) has been charged with 10 counts of first degree murder. HIs brother says he is mentally ill. Well he would, wouldn’t he. From the Independent.

The brother of a Colorado man who shot and killed 10 people at a Boulder grocery store on Monday described his sibling as deeply disturbed. . . calling him “very anti-social” and paranoid.

He said his brother had previously been outgoing, but turned anti-social after he was subjected to bullying in high school. He does not believe his brother’s attack was a political statement of any kind. 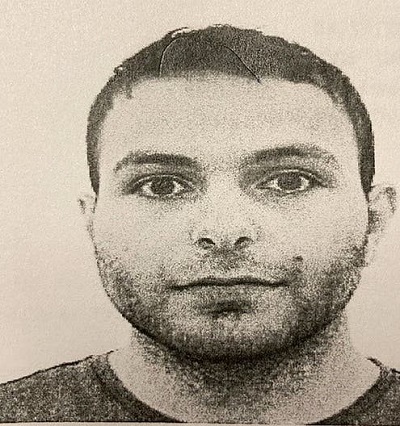 According to CNN, the family emigrated to the US from Syria in 2002.

Mr Alissa’s brother said he was neither overtly political or religious, and that he was shocked by the killings.

The Denver Post discovered court records from 2017 detailing an incident in which Mr Alissa, then 18, attacked a classmate at his high school. According to the report, he punched his classmate in the head without warning, and after the boy fell to the ground, Mr Alissa continued to attack him.

The paper also spoke with some of Mr Alissa’s former wrestling teammates, who described him as short tempered and violent. Dayton Marvel, a former teammate, said “he was kind of scary to be around” and recounted an incident in 2018 in which he had an outburst and threatened to kill people during an intra-team match.

Mr Marvel said Mr Alissa was frequently paranoid about people targeting him for harassment because he was Muslim. “He would talk about him being Muslim and how if anybody tried anything, he would file a hate crime and say they were making it up,”

According to The Associated Press, investigators believe the shooter purchased his gun, an AR-15-style pistol modified with an armbrace, six days before the attack.

Police have not yet identified a motive in the shooting.