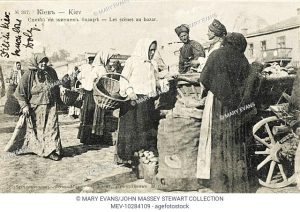 In 2008, in Binghamton, New York, Miladin Kovacevic, a 6’9” and 260 pound Serbian basketball player allegedly beat Bryan Steinhauer, a 5’6” and 135 pound American into a vegetative state coma in a bar. The Serbian student had his reasons—(he thought that Steinhauer had groped his friend’s girlfriend) but he had been misinformed. Kovacevic was allowed to flee the country and was never extradited.

This horrible story has haunted me. Now, in a way, what Putin is doing to Ukraine reminds me of this incident. Of course, there’s more to it, more at stake now.

When psychopathic bullies lose face, they unleash Hell on others, both in order to have their way—and to save their honor. I am writing about Czar Putin. Putin believes that his power and glory have been threatened by the mere existence of countries on Russia’s flank, countries that had once been part of the Soviet Empire but are now free. And Ukraine wants to join them.

Our allowing Putin to have his missiles, tanks, and armed soldiers murder as many “barefoot” civilians in Ukraine as possible, is the free world’s way of avoiding world nuclear war. Or so our leaders say.

President Biden just said that he’d protect all NATO countries. Ukraine is not a member state. Punishing economic sanctions—yes. Boots on the ground, planes in the air over Ukraine—no.

This is not like World War II. The free world is united in condemning Putin’s murderousness but our leaders are not willing to risk World War III since both Putin and NATO countries all have nuclear power.

Are our leaders willing to allow Putin to lay waste to Ukraine and subsume it into the Russian Empire? Have they drawn another kind of line in the sand—Ukraine can be sacrificed for the greater good but they will defend Poland even if that means nuclear war? How do we know that Putin will stop at Ukraine? Why do we think Putin will not use nuclear weapons?

I am deeply moved by the heroism and stamina of President Zelensky. I know that President Zelensky is Jewish and that many Jews still live in Ukraine—but for the life of me, I cannot understand why. (I know, I know, all of Europe is a Jewish cemetery…) Still, based on what I know about Jewish history in Ukraine, I am queasy, uneasy, ambivalent about Ukraine.  I have ancestral roots there, whole missing family trees.

My father, Arye Leib, z”l was born in Lutsk, Ukraine—where my paternal grandmother, Perele, z”l was slaughtered by Cossacks—Czarist Russia’s own.

I’m named after her. My paternal grandfather, Ya’akov, z”l fled that pogrom and came to the New World. He sent for my father seven years later. Who watched after my infant dad remains a mystery.

I am talking about Russian Ukraine before the Holocaust, before the massacre of 32,000 Jews at Babi Yar; I am referring to the cycles of pogroms in which Jewish men were publicly tortured and murdered and Jewish women were repeatedly and publicly raped, continuously, week after week, by white Russian troops, Bolshevik-Communist Russian troops, and by their Ukranian peasant neighbors.

Dr. Irina Astashkevich has written a masterly work on this subject: Gendered Violence: Jewish Women in the Pogroms of 1917 to 1921. She has documented and described the indescribable and the unthinkable carefully, clearly, tenderly, devastatingly. These pogroms took place in shtetels all around Kiev/Kyiv: Dmitrovka, Skvira (the home of the Chernobyl Hasisic court), Rakitino, Smela, Cherkassy, Rotmistrovka, Aleksandrovka, Medvedovka, etc.

Thus, for Russia’s Putin to accuse Ukraine of “neo-Nazism” is not altogether wrong—but Russia is also involved right up to its receding hairline. I am not sure Putin is talking about Jew-hatred; rather, he is probably incensed by Ukraine’s independence, its desire to join NATO, and the EU, a wish, if fulfilled, that will further define Russia as an Asiatic country, one which includes China and Iran.

Daily, as I look at the maps of Ukraine, I keep seeing and thinking about my forever lost-to-me paternal ancestors. There they once were: In Lutsk, in northwest Ukraine, in the province of Volyn or Volyinia, some distance above Lviv and near the Polish border. Lutsk has belonged to Lithuania-Poland, was annexed by Russia, seized by the Austro-Hungarians, etc.

I have a Russian friend who lives in America. For years, he has been railing against “King Putin.” “The man is crazy, dangerous, murderous, he is beyond the KGB.”

My friend was right. Now, what do we do?