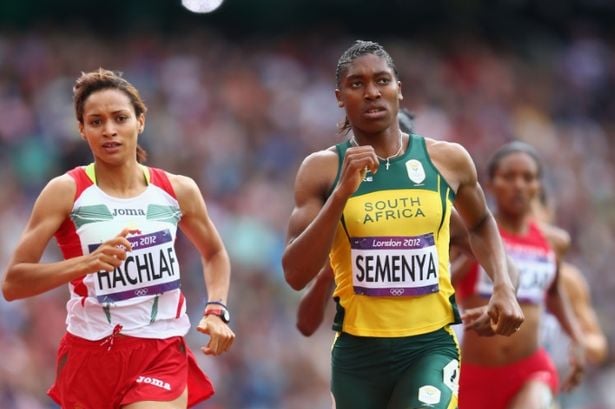 The Journal of Medical Ethics recently had a paper with the title “Transwomen in elite sport: scientific and ethical considerations.” Interestingly, my computer, which underlines in red words that I misspell, did not do so when I entered transwomen, which I suppose means that the word is as bona fide a word of the English language as, say, goldfinch or skylark.

Of course, the flexibility and adaptability of the English language is one of its glories. The ethical (and no doubt soon to be legal) problems referred to in the title of this paper arise when men who have had themselves changed into simulacra of women compete in women’s sport and benefit from residual male strength, such that they are able to win matches or tournaments in an unfair fashion.

The problem of the definition of womanhood in sport is not entirely new. I remember from my youth the problem of the Press sisters, the champion Soviet women athletes who won Olympic medals but were strongly suspected of not being women at all. To win medals at the Olympics and other world championships was regarded at the time as evidence of the superiority of one ideological system over another, surely one of the most fatuous notions ever to strike Mankind; but so it was, and totalitarian regimes were particularly ruthless and unscrupulous in the production of champions at all costs. In the days preceding the Moscow Olympics in 1980, the now-defunct magazine, Punch, ran a cartoon showing the sex-test of an athlete in Moscow. An inspector is looking at a female athlete trying to change a tractor-tire. “You’re not a woman,” he says. “A real woman would have changed that tire by now.” Such a joke would now probably arouse protests worldwide, because people so enjoy their outrage.

The problem alluded to in this paper is, of course, the consequence of a fiction, namely that a man who claims to have changed sex actually has changed sex, and is now what used to be called the opposite sex. But when a man who claims to have become a woman competes in women’s athletic competitions, he often retains an advantage derived from the sex of his birth. Women competitors complain that this is unfair, and it is difficult not to agree with them.

When it deals with the science of the question—for example, the effect of testosterone levels on athletic performance—the paper is measured and fair. But as soon as it comes to purely ethical problems, the authors give the impression of being frightened of being declared heretics by an unseen but clearly present Inquisition. They begin to write in a new langue de bois, that special kind of language utilised in totalitarian dictatorships (we seem to live increasingly in a world of various micro-totalitarianisms). It ends:

We conclude that it is important to both extend and celebrate diversity, while maintaining fairness for cis-women in sport. To be simultaneously inclusive and fair at the elite level the male/female binary must be discarded in favour of a more nuanced approach. We conclude that the gender binary in sport has perhaps had its day.

Man being both a problem-creating and solving creature, there is, of course, a very simple way to resolve this situation: namely that men who change to simulacra of women should compete, if they must, with others who have done the same. The demand that they should suffer no consequences that they neither like nor want from the choices they have made is an unreasonable one, as unreasonable as it would be for me to demand that people should listen to me playing the piano though I have no musical ability. Thomas Sowell has drawn attention to the intellectual absurdity and deleterious practical consequences of the modern search for what he calls “cosmic justice.”

The new Prometheanism, that we cannot accept any limits that nature imposes on us, is a manifestation of an inflamed egotism which remembers only the first half of the paired lines of Alexander Pope’s brilliantly compressed summary of the human condition in his Essay on Man:

Created half to rise, and half to fall;

Great lord of all things, yet a prey to all;

The Glory, jest, and riddle of the world!

We increasingly think that we live in an existential supermarket in which we pick from the shelf of limitless possibilities whatever we want to be. We forget that limitation is not incompatible with infinity; for example, that our language has a grammar that excludes certain forms of words, without in any way limiting the infinite number of meanings that we can express. Indeed, such limitation is a precondition of our freedom, for otherwise nothing that we said would be comprehensible to anybody else.

What one sees in the paper is the way in which, increasingly, the marginal in modern thought becomes central and the central marginal. This is the consequence of what Aristotle warned against, namely the investment of words with more precision than they can properly bear. For example, you deny that there are tall or short men in the world because height is on a continuum and there is no cut-off point between tall and not tall. True, there must be a tallest man in the world, but the next tallest man is probably only a fraction of an inch shorter, and in a world of several billion people there are people of every conceivable height between tallest and shortest. Thus there are no tall and short men.

There are various forms of biological intersex, but this does not mean that, in the great majority of cases, the human race is not easily categorised as either male or female. To accept the idea of normality—or, as the paper puts it with characteristically judgmental non-judgmentalism, normativity—is neither to reprehend those who are abnormal, nor to treat them badly. Moreover, tails should not wag dogs, as increasingly we seem to allow them to do, congratulating ourselves thereupon for our unprecedented degree of enlightenment.

PrevA Big Muslim Mess In Kuala Lumpur
I’ll Have What They’re Having, Or, How Do the Israelis Do It?Next