The following is an English translation of a recent interview with Bat Ye’or by Pierre Itshak Lurcat in the September 23, 2018 eition of Druez.info.  The original French version with pictures follows.

Meeting with Bat Ye’or: A fight for truth

I have known Bat Ye’or for almost 30 years. Our first meeting dates from the late 1980s, during a conference organized by the France-Israel Association and its then president, Michel Darmon.

She was then in the middle of her career as a historian and had not yet reached the international notoriety that earned her most famous book, whose name has now entered the contemporary political vocabulary: Eurabia. I interviewed her several times about her work and her various works (1). But the interview she gave me on the occasion of the publication of her political autobiography is different.

Bat Ye’or has indeed agreed to talk not only about the subjects of her books, all fascinating, but also about her intellectual and personal journey and her life alongside David Littman, her husband who died six years ago.

Bat Ye’or welcomes us to her house on the shores of Lake Geneva, Switzerland, where she has lived for several decades. Our interview begins with the personality and action of the man who shared his life and his struggles, David Littman. A recent article by Jean Birnbaum in Le Monde des livres portrays Bat Ye’or in a caricatured manner, omitting entirely the name

The collaboration between David and his wife was not only intellectual. Their love affair, reported with modesty in the autobiography of Bat Ye’or, is also a story of courage and adventure, because Littman was not a historian locked in libraries and archives, was a real globetrotter.

“We spent three months in Asia. David wanted to go from India to Afghanistan, but I was too sick and he gave up. Over the years and with a family, David gave up his adventurous side to live with me. “

The collaboration between David and his wife was not only intellectual. Their love affair, reported with modesty in the autobiography of Bat Ye’or, is also a story of courage and adventure, because Littman was not a historian locked in libraries and archives, was a real globetrotter.

“We spent three months in Asia. David wanted to go from India to Afghanistan, but I was too sick and he gave up. Over the years and with a family, David gave up his adventurous side to live with me. “

“David was very generous to me. He had techniques acquired at the university. I was more impulsive in my writing. He controlled my sources. He did not let me write and publish without his control … We did not always have the same opinions. He read my work and gave me books, articles that would interest me and that I did not have time to go for “.

of her husband. However, he played an important role in Bat Ye’or’s work, as confirmed by this one.

We now approach the relationship between Littman and Bernard Lewis, the famous American orientalist, who recently died at the age of 102. Bat Ye’or takes a critical look at Lewis’ work, notably because of his attitude towards the Armenian genocide (Lewis having contested the Armenian Genocide, adopting more or less the Turkish version of the history of the genocide).

“When I read Lewis’s books, I found in some areas errors and generalizations, despite his immense knowledge and erudition.”

Bat Ye’or emphasizes Lewis’ rejection of the generic concept (of which she is the inventor) of dhimmitude – that is, a condition common to all peoples subjugated by jihad and ruled by Sharia. He had a very favorable opinion of this condition.

P.L. He replaced the taste of the physical adventure by that of the intellectual adventure?

B.Y. “He was a man of action, even more than an intellectual. I have always had the remorse of not having written a book on Operation Mural “. After this operation – during which David and Bat Ye’or organized the illegal departure of five hundred and thirty Jewish children from Morocco to Israel (1), Israel proposed a new mission to Djerba, but David, after careful reflection, had to refuse. We volunteered to help the Jewish children of Morocco, wanting to perform a mitzvah, but back we wanted to complete our studies.

I ask her how she explains such an attitude on the part of a world-famous scientist.

“There can be many reasons. The love we have for the civilization we are studying. Professional interests, political prudence. And especially the parallel with the Shoah, unparalleled monstrosity. Lewis only became interested in religious minorities late after me. He was rather a specialist in Ottoman civilization, a Turkologist. This is another area. As for me, I was lucky to be independent. I understand the scruples of those who fear losing their jobs. “

The talk is incisive, and the seeming indulgence barely conceals a very harsh criticism of Lewis and many other researchers, who have not had the intellectual audacity of Bat Ye’or.

We are now talking about the most controversial subject of his work, that of Eurabia, the theme of his most famous book, which is still very current.

In an interview in 2009, she defined Eurabia as follows: “It is a new continent that is emerging, a continent of hybrid culture, Arab-European. European culture, in its Judeo-Christian foundations, is gradually weakening, and disappearing to be replaced by a new symbiosis, Islamic-Christian “.

I ask her if she sees an evolution in this regard since 2009. “Governments fear (today) the rebellion of their peoples. Because now, these people are seeing the results of their decisions … And they are against the policy of Eurabia. But one cannot easily change an ideology and its governmental structures established for four decades.

We also mention the news of Eurabia, about the recent lawsuit against the historian Georges Bensoussan, victim of the “judicial jihad” (he has just been released by the Court of Appeal of Paris). B.Y.: “Bensoussan was the ideal target. It is the man and his work that were targeted through this process “.

The sources of dhimmitude

Bat Ye’or comes to speak of dhimmitude, central theme of his work which was the subject of his first book, The Dhimmi, originally published in 1980 (and recently reissued in France). In a previous interview, she explained to me her discovery of the fundamental theme of dhimmitude:

My initial project was to write about the condition of the Jews of the Arab countries. I had met many who had been expelled from their home country and I interviewed them … I was asked to be one of the founding members of WOJAC, the international association of Jews in Arab countries.

We had all lived the same story of persecutions, spoliations and expulsions … It was during my research that I discovered the condition of the dhimmi, which was the subject of my book The Dhimmi, published in 1980. After its publication, Christians contacted me, and I began to take an interest in the Islamization of Christian countries, to which I devoted another book.

You have actually discovered an unexplored pan of world history.

– There were very good monographs dealing with the theme of Islamic conquest, but always from the point of view of the victor … I placed myself from the point of view of the conquered populations, that is to say the dhimmis. That’s why I was attacked, because I included Jews and Christians in the same concept. At that time no historian spoke of Jihad. It was an almost taboo term, because it contradicted the myth of peaceful coexistence in the land of Islam, which I named as the “Andalusian myth”.

“The source of most discrimination of dhimmitude is found in the laws of the status of Jews and schismatically Christians under the canon law of the Church and Byzantine law. Orientalist Louis Gardet noted this similarity. However, even though some restrictions are identical, their theological justifications differ in Islam and Christianity and in some respects the status of the dhimmi is more severe than that of the Jew in some Christian countries. Thus it was never forbidden for European Jews to go out on foot or ride horses. The Lateran Council (1215) took over the Rouelle de Islam, which for centuries had been imposing infamous slanderous and other distinctive signs on Jews and Christians. In Islam, Jews and Christians have the same status.

Today we find this community of destiny in Eurabia, where terrorism (of which the Jews were the first victims) turns against Christians, and against the West in general, just like the dhimmitude imposed by the Church. went against the Christians.

To conclude our interview, I ask her if she thinks that a hope of reforming Islam exists. “It’s not up to us to decide. It is up to us to say all this, to choose policies that take into account all of this … (as Viktor Orban does in Hungary).

This will encourage the many Muslims to want to modernize Islam, to act in their country and among their people.

(1) See; inter alia, interview in Jerusalem Post, 2 January 2007, “From dhimmitude to Eurabia”. “The Swiss referendum is a defeat of Eurabia”, December 2, 2009. Interview about his book Europe and the Caliphate, November 2010. And more recently, “Bat Ye’or responds to his critics”, February 2018.

(2) On Operation Mural, See our interview with David and Gisèle Littman for Israel Magazine, and the extract from the film Operation Mural on Danilette.com 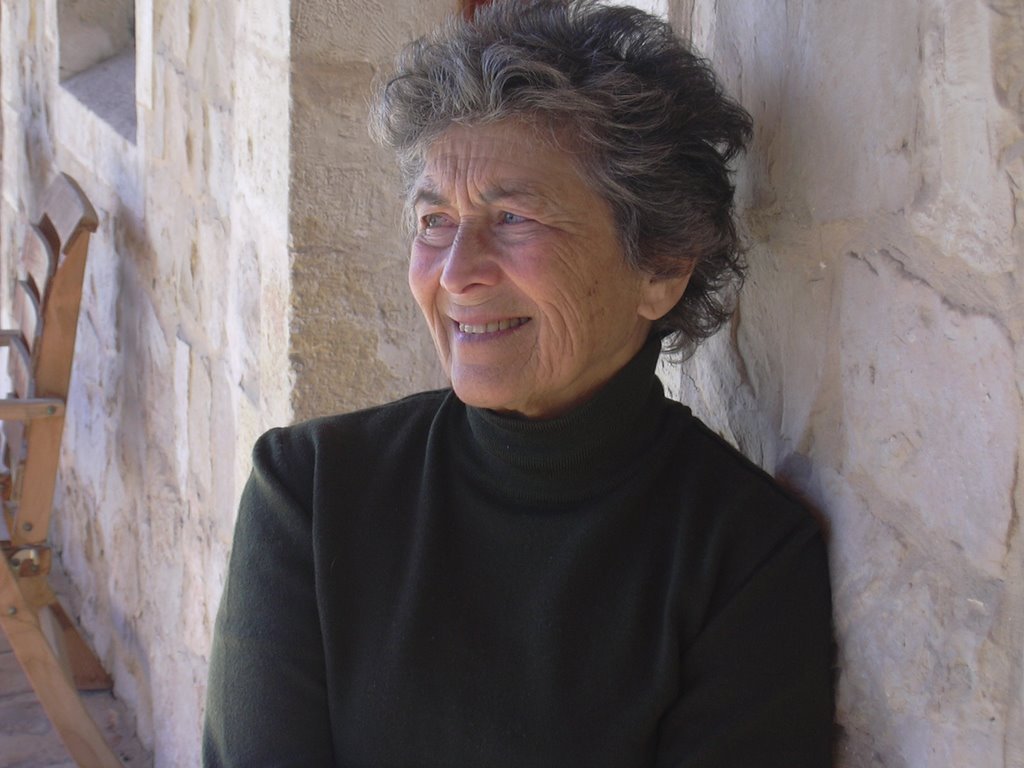 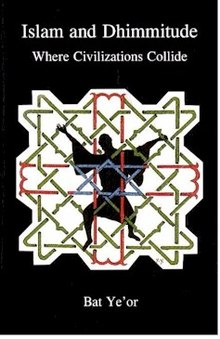 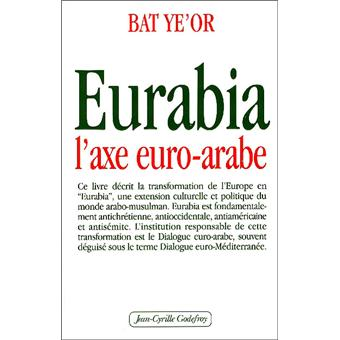 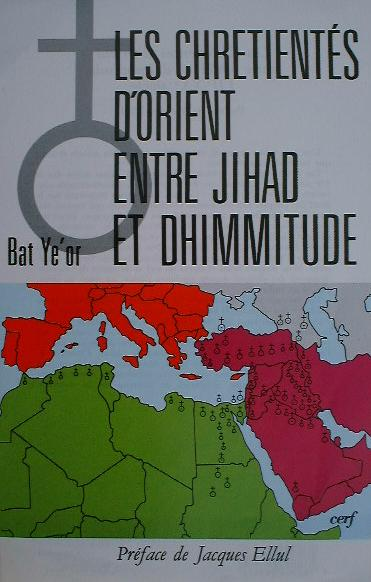