Midterm Voter Fraud? Nothing to See Here, Folks. Move Along, Move Along. 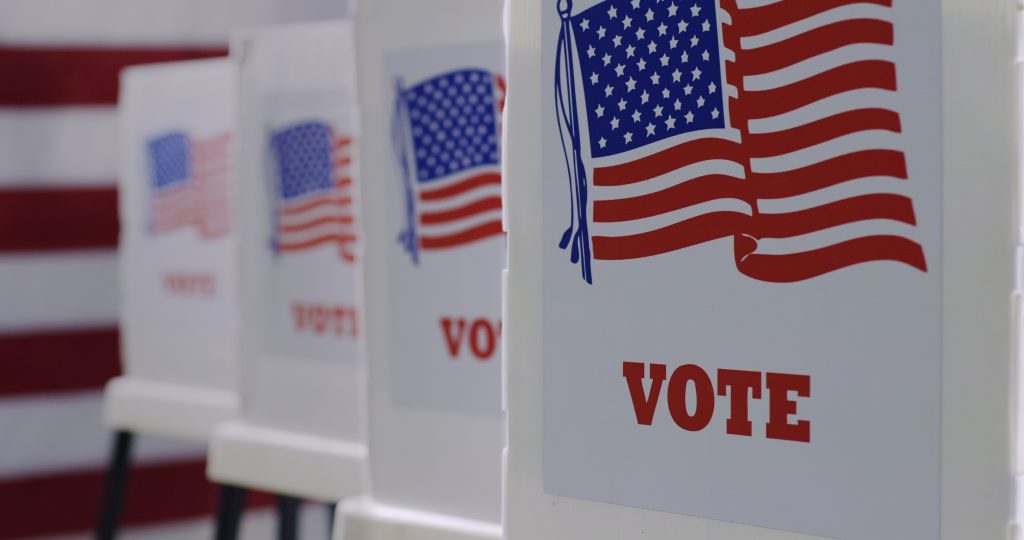 Having been a research psychologist I am data oriented to the point that whenever I write on social or political issues, l buttress my argument with an overabundance of facts, irritating editors no end who prefer flowery essays instead. I reply that leftists could write essays to counter my point, but they cannot dispute facts. For example, liberals have claimed with a straight face that the covid vaccines are safe, that there is no indoctrination of schools and that the media hivemind does not engage in fake news. I’ve disputed their innocence by presenting data from hundreds of compiled instances.

However, there are times when intuition takes over and I nervously stick my neck out. Such is the case now with the recent midterm election. But first, let me present two instances where my intuition turned out to be accurate in spite of having little data, and in spite of a torrent of propaganda.

First, the vaccines and face masks. I used neither. They didn’t make sense. I knew how infinitesimal a virus is and felt that a cloth face mask would be ineffective in preventing contagion. Recent research confirms this. As for vaccines, they can be extremely dangerous if they do not undergo rigorous trials. Covid vaccines have, in fact, proven deadly. As for covid being another bubonic plague, I suspected otherwise.

Second, the 2020 election. In the past, when some of my candidates lost elections, I was disappointed and shrugged it off. In 2020, something didn’t make sense. According to a 2020 Gallup poll, Trump had been picked by the public as the most admired man that year (which made some New Yorkers practically have seizures). His accomplishments had been outstanding. The polls said he would win easily. Trump’s opponent was nowhere to be seen. Then, that election night Chuck Todd who was reporting and who has the typical obsessive, blinding, hatred for Trump was grinning ear to ear while describing Trump’s lead. And then the vote counting stopped. A wealth of data eventually came out detailing voter fraud.

And now, again, something doesn’t make sense. Consider the following: 73% of people polled placed crime and inflation as top concerns, both a result of Democrats. No one can cite a single accomplishment of Democrats but can enumerate a number of disasters. Prior to the election, polls predicted Republicans would get a big majority in the Senate and the House. Every prior midterm election resulted in victories for the party opposite the White House. Aside from hardcore leftists nobody respects or likes, Biden. Even mainstream journalists, who usually indulge in fake news and suppress news unfavorable to Democrats admitted that inflation seriously hurt the economy; they even admitted that Latinos, blacks, independents, suburban women and some Democrats were moving to the Republican side.

Consider also that serious anomalies that we were not conscious of during the 2020 elections until afterwards are plainly visible, such as: in New Jersey ballots went missing while Dominion voting computers malfunctioned. Leftists infiltrated election bureaucracies where votes are tabulated and some even blatantly urged voters to vote Democrat. The Champaign County Illinois election computers came under cyberattack. Oh, and the voting machines in Lee Zeldin’s Suffolk County, New York, broke down. In Harris county, Texas, voters were turned away in Republican strongholds because of equipment malfunction and a shortage of ballots.

What are the odds?

Now, they are telling us that Pennsylvania voters are so stupid they did not care about Democrats turning children into homosexuals and transgender in schools, the skyrocketing inflation, the runaway crime, the disintegrating border, shoving covid patients in nursing homes, all affecting them personally, to vote for a brain damaged Frankenstein.

We are also being told by the Biden Administration that, in some important races, election returns won’t be known until days, weeks, from now—unlike every other country in the world that has elections and knows the results the same night. Even Third World countries. Mind you, this uncertainty in the number of votes—which will decide the Senate majority—are taking place in Nevada and Arizona, two sparsely populated states while densely populated Texas, New York, Florida and Pennsylvania already announced the votes. In fact, Florida was smashed by a hurricane, yet they counted votes in one day.

As one anonymous writer put it, “The people who were updating Covid deaths every single minute for two years now want you to believe that there’s no way to count all votes on one day.”

Republicans won 6 million votes more than Democrats, but only a few House seats while in New York state, ten counties had the same, exact number of Republican votes (34,211) tabulated.

A Democrat state representative was re-elected—even though he died the prior month.

In Arizona, voting machines in Republican areas malfunctioned while in democrat areas ran smoothly. Meanwhile, in a Nevada county the cameras went dark at the vote counting facility right after the staff left for the night. Just like the cameras in front of Jeffrey Epstein’s cell.

In Michigan, the Democrat and Republican votes were being tabulated which showed the normal angular gradual climb, when two perpendicular spikes suddenly put the repulsive Democrat governor, Gretchen Whitmer, suddenly ahead. The same phenomenon occurred in Georgia. And, guess what, the same thing happened in New Mexico. And in the 2020 presidential election.

Again, what are the odds?

We are being told to believe the unbelievable.

And why are the leftists so blatant?

Because totalitarian fanatics are arrogant, because they are in power but, most importantly, they know you—yes you—won’t do a damn thing about it.

Just like you didn’t do a thing about last time.

The leftists in the media and the Republican RINOS have seized on the opportunity to orgiastically bash Trump as being the cause for the debacle, urging people not to listen to him anymore. No other possibility enters their minds. Trump is the scapegoat.

Others disagree with the gloating (Regardless, Republicans have a penchant for backstabbing each other).

All this simply serves as a diversion as to the real issue at stake.

Is This Just a Conspiracy Theory?

Some people will automatically dismiss the above as a Conspiracy Theory.

But, the fact of the matter is that “conspiracies” occur all the time unbeknownst to us. Sometimes we become aware of them but most of the times we do not.

Time magazine, not a right wing outlet, detailed the conspiracy to bring down Donald Trump in the 2020 election.

Persons in the rarefied strata of society—financial, political, media—regularly get together in meetings to discuss their agenda, which we, the peasants, are not privy to.

Are you ever in the meetings between diplomats? Do you rub shoulders with the arrogant, power-hungry elite at Davos? Are you in the decision-making conference tables of CNN, ABC, NYT, Conde Nast, etc.? Have you sat in on a meeting of Senators (for that matter, have you ever seen one of those sonsofabitches in person? When was the last time you sat down with arrogant Bill Gates and other multimillionaires to plan the future of society?

But, you say, Democrats wouldn’t do such a thing—even the Marxists. They have the best interest of the country at heart as evidenced by runaway inflation, releasing violent criminals, abandoning the southern border, leaving billions of military equipment to the Taliban, encouraging children to become homosexuals and transgenders, crippling our oil production, injecting experimental toxic vaccines into people including children, putting the country in lockdowns, erasing the meaning of being a woman, instituting racism against white privilege, demands to scrap the Constitution, suppressing hate speech, attempting to pack the Supreme Court with Marxist judges, vandalizing and destroying statues and murals, legalizing the killing of babies in their trimester, defunding the police, disrupting the supply chain of the country, allowing fentanyl to flood the country, imposing political indoctrination in the military, and encouraging people to eat crickets instead of beef. This is all being done in order to establish a utopia where “you’ll owe nothing and be happy.”

Well, the fact of the matter is that Democrats have a historical record of electoral fraud, from Tammany Hall through The Battle of Athens and the 1960 presidential election (up to now it has been sporadic and localized). After all, do you think that Democrats who once owned slaves, who applauded lynchings, who supported segregation and Jim Crow laws, who portrayed the KKK as heroes, and are now implementing Communism would let a little thing like voter fraud bother them?

The Communists—for that is what they are—controlled the executive and the legislature and most of the means of communication. They set their sights on the judiciary so that “disinformation” and “hate speech” and “insurrection” and “satire and comedy” would become criminal, if not capital, offences (to be sure capturing district attorney positions was part of the plan—just ask Soros). The judiciary remained independent, but they’ll try again. Retaining power over the legislature and the executive was foremost in their minds; winning governorships here and there was a secondary goal, just frosting on the cake.

You didn’t think that once Communists gained power they would peacefully give it up, did you?

Unfortunately, Americans are skillful at fighting off foreign enemies; they are helpless in dealing with internal enemies that proclaim the destruction of America as their goal.

Compare their sheep-like acceptance of voter fraud with that of the people of Belarus and Brazil when faced with fraudulent elections.

Goodbye America. It was great while it lasted.

(In unrelated news, in San Antonio a man set off an explosion at a giant bust of Communist leader V. I. Lenin. The mass murderer’s statue was damaged.)

Armando Simón is a native of Cuba, a retired psychologist with degree in history and author of numerous books.