Migrants on the March 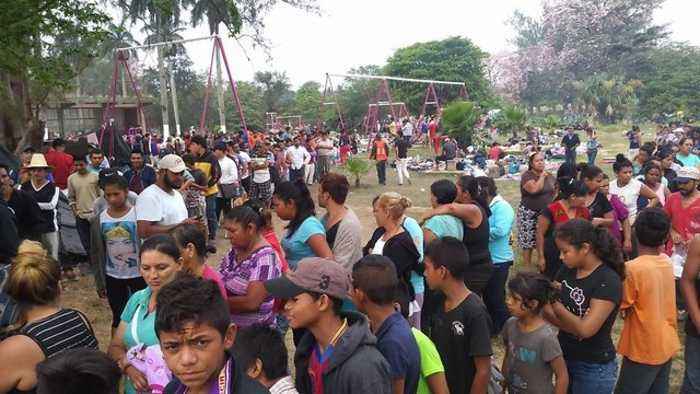 Caravans were once romantic. Duke Ellington informed us musically about the night and stars above that shine so bright and the mystery of their fading light that shines upon our caravan. Neither the United States, where a caravan is threatening to come, nor the State of Israel troubled by immigration problems, is likely to be singing that chorus now they are confronted with considerable numbers of would be migrants. Both countries are aware of the Arab-Turkish saying, “The dogs may bark, but the caravan moves on.”

Both the U.S. and Israel are faced at this moment with the nature of immigration problems that trouble and divide Western democracies on both an individual and social level .A continuing major problem for the West is the increasing number of individuals who want to enter their countries because of real or alleged difficulties in their own countries: war, bad economy, poverty, oppression, crime, persecution, gang violence, political unrest.

The Trump administration is currently faced with the organized March of about 1,500 would be migrants, mostly from Honduras, traveling through Mexico on its way toward the U.S. border. These marches are not new, and have been occuring for 15 years, and many of those in previous marches have been able to enter the U.S. This March was organized by a group, People Without Borders (Pueblo Sin Fronteras), an immigrants rights group  banding people together to make their march as safe as possible.

The  response of President Donald Trump has been to assert that Mexico is doing little, if not nothing, to stop the flow of people through its southern border, nor  to stop them trying to enter the U.S. On this occasion Trump repeats his cardinal policies that the U.S. needs the Wall on its southern border border, that Congress must pass stronger immigration laws, and that any NAFTA  agreement may be halted  if Mexico, “the cash cow”  does not help the U.S. and secure its border.

The issue has become more complicated because of differences over DACA, Deferred Action for Childhood Arrivals, the program that applies to young immigrants who were under 16 when brought to the U.S. illegally, who were under 31 in June 2012, and who have continuously lived in the U.S. without legal status since June 2007. There are about 700,00 people in that predicament. As far as Trump is concerned resolution of DACA is no longer on the table, though the attempt to end the program in March was stalled in federal courts.

This is a decisive moment for Trump to end conflicting statements. At times he has suggested extending citizenship to undocumented people, but his main thrust has generally been criticism both of those who entered the U.S. illegally, and of former administration policy which allowed laxity in not preventing the flow of immigrants.  Trump now threatens  in strong language to send  U.S. troops to the Mexican border, “We will do things militarily until we have a Wall and proper security.” Yet, at the same time, Mexico may try to disband the caravan and allow some people in it to apply for asylum in Mexico.

Israel is not confronted with a caravan but with a problem of a somewhat confusing agreement aiming to resolve its crisis of thousands of African migants. According to official reports in 2017 there were 34,187 asylum seekers from Sudan and Eritrea in Isrsael, many living in poorer areas in southern Tel Aviv and often blamed for the rise in crime in the city.

Israel signed in March 2008 an agreement with the UN High Commissioner on Refugees, a post usually critical of Israel, by which  the UNHRC would work with European governments to take 16,250 of these asylum seekers from Israel. In return Israel, instead of deporting illegal migrants, would grant official status to residents to remain, and would grant legal status to protected populations among the asylum seekers, some 218,00 refugees. However, Prime Minister Benjamin Netanyahu had named the accepting countries as Canada, Germany or Italy, though the UNHRC did not, and the countries were unaware of any agreement. Because of internal and external difficulties, Netanyahu at first suspended and then cancelled the UNHRC agreement.

The basic problem for Israel is that more than 60,000 people crossed from Egypt into Israel after 2005, leading Israel to build a steel barrier in 2012. The Israeli coaliton  goverment is divided. It is the latest illustration of the tension within Israel of what kind of country it is and will be:a normal state, or one that will be a light unto the nations. On  one hand, Israel, because of the history of Jews, has a heritage of being a harbor of refuge for the persecuted. On the other hand, many in the country are senitive to the reality that behavior of non Jewish Africans does not accord with Israeli ideals or culture. Israel’s original plan to send its asylum seekers to Rwanda and Uganda in exchange for cash payments was refused by the two countries.

The two present cases in the U.S. and Israel must be seen in the context of the reality that the invasion of the West by people from Third World or developing countries will continue. Criticism of this reality can not and should not be considered racist. Real problems must be faced. Is the West guilty if it tries to maintain its borders without illegal immigration? Will this be a renunciation of world brotherhood and charity? Will the would be migrants enrich the West in any way, or be a real hindrance? In an extreme view, will immigration become a tidal wave that will lead to the collapse of Western civilization because of migrants who do not want to share in Western culture or adopt it? Or is there little or no danger from immigration, as many critics of the capitalist system, left wing activists, good will humanitarians, and religious idealists believe?

The choice of alternatives is stark. One is for the West to accept migration, accomodate reasonable numbers of the migrants, and live with the consequences, though as a result the nature of the indigenous system may be changed. The other is to stop or limit immigration to a minimum, and to hold that multiculturalism, diversity, mixing of people is not likely to be harmonious or peaceful, and that it is utopian to think otherwise.

According to the Convention for the Protection of Human Rights and Fundamental Freedoms signed in November 1998, “everyone shall be free to leave any country including his own.” But there is no international law for admission to any other country without permission. Western countries should abide by this as an axiom of their immigration policies.