Two rallies are scheduled this weekend in D.C. to show support for President Donald Trump. 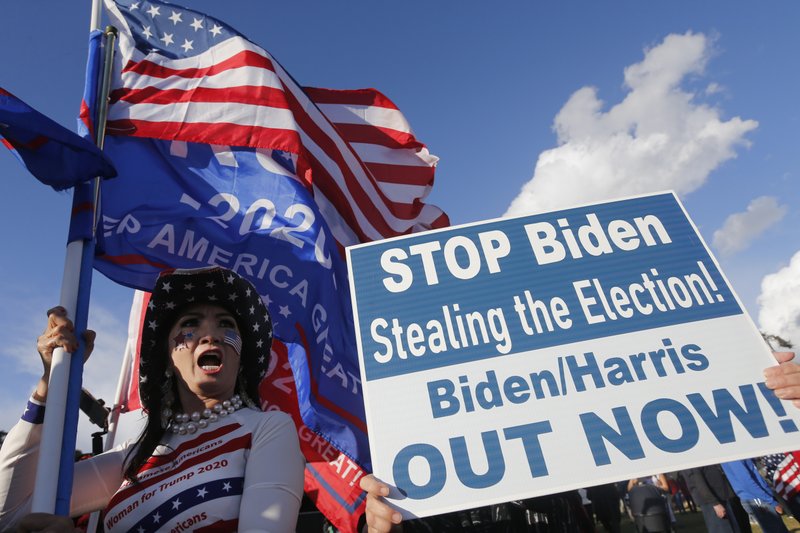 WASHINGTON — Supporters of the President are planning rallies in D.C. on Saturday as the country waits for the Trump campaign to submit evidence for unfounded claims of voter fraud.

One of the rallies is called the “Million Maga March,” according to the group on Twitter. And another is called, “Stop The Steal.” Both of the planned rallies will be held on Saturday starting at noon.

According to the Stop The Steal flyer posted on Twitter, the event is calling on supporters to meet at Freedom Plaza. It is unknown where demonstrators of the Million Maga March are expected to meet.

It appears these rallies are separate events and are not planned by the same organizers.

A growing number of Trump supporters believe Trump’s claim that the election was rigged, even though elections officials, many of whom are Republican, said the allegations are both unfounded and untrue.

Some Republicans, including Senate Majority Leader Mitch McConnell, rallied behind Trump’s efforts to fight the election results. Few in the GOP acknowledged Biden’s victory or condemned Trump’s other concerning move on Monday: his firing of Defense Secretary Mark Esper.

The developments cast doubt on whether the nation would witness the same kind of smooth transition of power that has long anchored its democracy. The Electoral College is slated to formally confirm President-elect Joe Biden’s victory on Dec. 14, and the Democrat will be sworn into office in late January.

During a Tuesday morning news conference at a D.C. park opening, Mayor Muriel Bowser was asked about the expected rallies.

“We continue to follow those activities and be prepared for those activities,” said Bowser. “Our police chief will have a similar posture this weekend as he did last week and we will be there to support peaceful exercise of first amendment demonstrations.”

Mayor Bower said that the upcoming rallies in the city do not change her recommendations that business owners take down their plywood and boards initially put up following election worries.