The transition from one dictator to another is met with false cheers from his court. 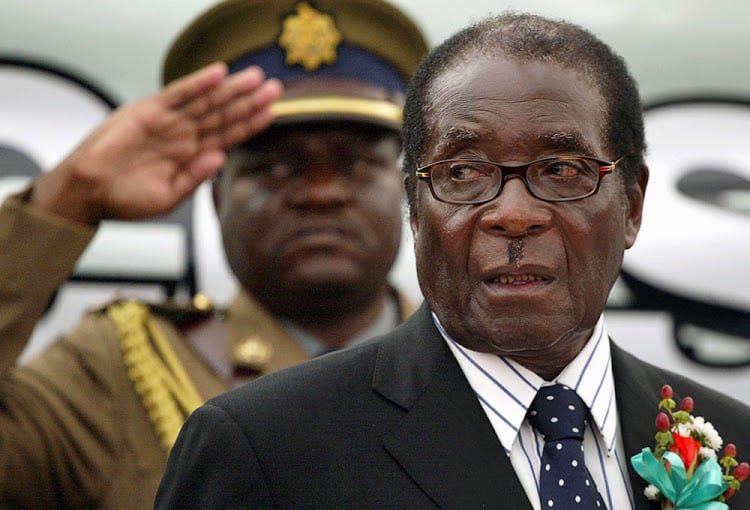 We need more often to be reminded than informed, said Doctor Johnson, and if anyone needed to be reminded of how fragile and temporary the exercise of power is, and how changeable are courtiers and flatterers, especially of dictators, he could not do better than look at the website of the Bulawayo Chronicle, one of Zimbabwe’s newspapers of record.

On November 10, one of its main stories was the unveiling of a plaque commemorating Harare International Airport’s change of name to the Robert Gabriel Mugabe International Airport, a process presided over by His Excellency Comrade Robert Gabriel Mugabe himself, who “reiterated his gratitude on behalf of himself, his family and the entire country [for] the honour bestowed on him, saying it has brought joy to all Zimbabweans.” One is irresistibly reminded of a poem by the Nicaraguan poet and priest, Ernesto Cardenal, Somoza desveliza la estatua de Somoza en el Estadio Somoza (Somoza unveils the statue of Somoza in Somoza Stadium).

According to the newspaper report, the renaming was done “to match the stature of President Mugabe, a global icon.” The Minister of Transport told the president that the airport “is part of your legacy [and] wise leadership,” because “you have given priority to infrastructure and utility development in the country for the entirety of the people of Zimbabwe,” while another minister, Goneril-like, said that the renaming demonstrated “the pride [of] Zimbabweans in President Mugabe.”

Could these be some of the same ministers who, 11 days later, refused to attend a cabinet meeting called by Mugabe, who by then had been expelled from the ruling political party, the Zimbabwe African National Union—Patriotic Front? And could it be that the war veterans who, on November 9, wanted Mugabe’s wife to be made vice president were the same war veterans who, one week later, were calling for the president’s resignation? It could: the rats were leaving the sinking ship.

Zimbabwe’s next president will be Emmerson Mnangagwa, known as the Crocodile, the end of whose road the Chronicle was gleefully proclaiming only eight days ago, when he was expelled from the party with the unanimous agreement of ten regional committees.

Politics have never been an abstract inquiry into moral principles, of course; but rarely have its inner workings been more clearly exposed. The people of Harare are understandably celebrating in the streets after Mugabe’s downfall, but Mnangagwa is no better, and may possibly prove worse, than his predecessor. I call to mind Alfred Austin’s immortal lines about the condition of King Edward VII after his operation for appendicitis:

Across the wires the electric message came: