Redemption, Forgiveness, and the Rule of Law 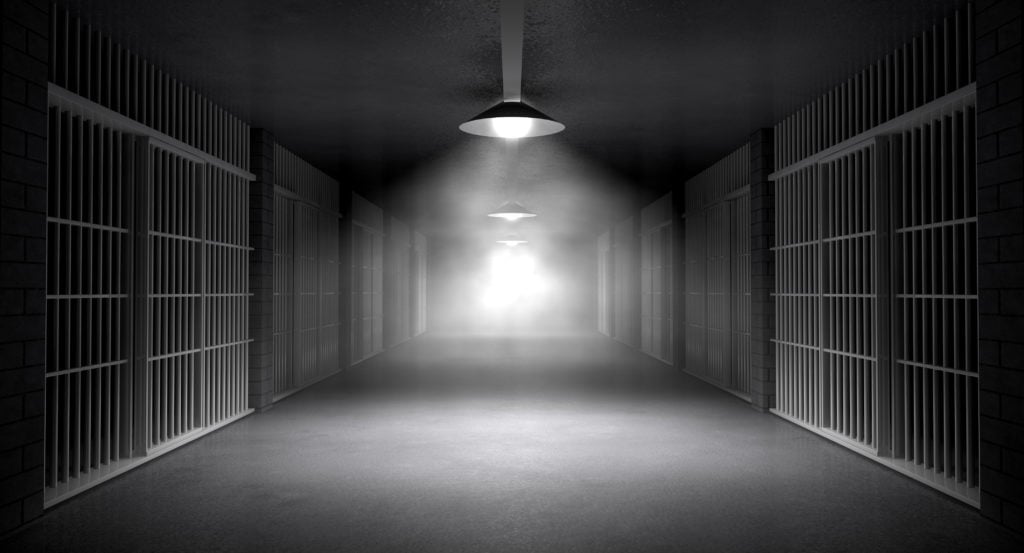 A cocktail party is an odd place, perhaps, to discuss the rule of law, but I have no small talk and neither had my interlocutor. Our views on this subject were, fortunately for the flow of conversation, somewhat at variance.

My interlocutor asked me whether I believed in redemption and forgiveness, that is to say the possibility that a prisoner incarcerated for a serious crime could redeem himself and be forgiven. I said that I did not, at least not in any sense that had any legal bearing. From the religious point of view, of course, it was different.

My opponent (for of course such a discussion soon turns to mutual opposition) asked me whether I preferred the rigidity of Islamic law, in which there was no redemption or forgiveness, only punishment. Was I, in effect, a man for final judgments, even for the young? Had I forgotten that it was God who would judge us all?

He then brought up the case, as often happens in England in these circumstances, of Myra Hindley. She was a young woman who, in the early 1960s, came under the influence of a psychopath called Ian Brady who spouted existentialist philosophy and lived out Camus’ L’Étranger by kidnapping and torturing at least five children to death, having persuaded Hindley to be his accomplice, and then burying them on the Lancashire Moors. Ever afterwards, the killings were known as the Moors Murders.

Eventually Hindley died in prison, despite a long campaign by eminent persons to have her released. She had repented her crime, they said; she probably posed no future threat to society. (Indeed, she was more likely to be killed on her release than to kill, for local feeling against her had never weakened, not even 40 years later.) What was the point of keeping her in gaol? It was pure vengefulness. She had, after all, been young and impressionable at the time of her crimes, and were it not for the mischance of falling in with Brady, she never would have committed them.

I did not agree, though I realized that I was at a disadvantage in our discussion, emotionally if not intellectually. I recognized the human feeling from and for which my opponent spoke. We are all of us guilty of many things, we all stand in need mercy, forgiveness and understanding many times in our lives, punishment should not be unduly prolonged or harsh, wrongdoers must be allowed, able and encouraged to repent, there but for the grace of God go we, and so forth: all decent and salutary sentiments.

By contrast, a punitive attitude, or what appears to be such, is never very attractive. No literary figure ever gained many kudos for advocating the punishment of a criminal, though plenty have been admired for their human understanding of murderers and the like, whether rightly or wrongly convicted. Intellectuals are inclined to believe that those who call for the punishment of criminals are of the party of Robespierre, Roland Freisler or Comrade Vyshinsky—mean-spirited and prey to the most sadistic impulses. They draw that conclusion however numerous the victims may be by comparison with the number of perpetrators (for perpetrators usually create many more than one victim).

But let us look a little closer into the case of Myra Hindley. What does it mean for someone to say, “I now realize that kidnapping and torturing to death small children is wrong, and I deeply regret having done it”? She was comparatively young at the time of the commission of her acts, no doubt, but she knew perfectly well that they were wrong: their very wrongness, in fact, is what made them attractive to her. And how long after the commission of the acts does the realization of their wrongfulness and the regret at having done them have to be before they are deemed relevant to the question of the length or severity of punishment? Suppose they come instantaneously. Do we therefore say, “Well, that’s all right then, so long as you realize that what you did is wrong and regret having done it, we shall not punish you at all”—because to do so would be pure vengefulness?

And how do we know that the realization and regret are real, especially when there is a reward for expressing them, namely the possibility of release from prison or the evasion altogether of punishment? I was an experienced prison doctor, but I should not like to say that no prisoner ever led me by the nose. A prisoner once explained to a friend of mine (another prison doctor) what you had to do get out from under a long sentence. For the first couple of years or so, he said, you had to behave very badly, making all sorts of trouble for the authorities; thereafter, you made less and less trouble until, after about four or five years, you became a model prisoner. You complied with everything and underwent all the psychological courses recommended for you, as if they were serious. Everyone would remark on what progress you had made, and ascribe it to his own efforts. It would cut years off the time you served.

What of the notion that a prisoner should be released because he no longer poses a threat to society, or only a slight one? This is the logic, more or less, on which parole is granted (or refused). But to make the severity or leniency of punishment contingent upon speculations about someone’s future conduct, in particular with regard to committing future crimes, is completely inimical to the rule of law. Such speculations can never attain certainty, or anything like it; but under the rule of law a person is to be punished only for what he has done beyond reasonable doubt. In effect, to refuse a man parole that is granted to others is to punish him on the grounds of unprovable speculations—and these are in each and every case open to reasonable doubt.

In other words, only parole granted to everyone at a fixed time in his sentence, as a standard condition of his punishment, would be fully compatible with the rule of law.

To require expressions of remorse from prisoners is to demand (at least in many cases) to be lied to. Remorse is a private emotion, and is sullied and rendered doubtful by the possibility of personal advantage if it is expressed.

Moreover, there are some crimes so heinous that remorse for them is quite beside the point, at least where earthly judgment is concerned. (God may take a different view, but that is not up to us to decide.) And while people may pride themselves on their compassion when they claim that no person is beyond the reach of remorse, redemption, and rehabilitation, in fact what they show is a lack of imagination. There are some crimes that are properly beyond secular forgiveness; there were many in the 20th century; and we should not confuse the realm of the secular and divine.

When my interlocutor and I ended our discussion, however, and circulated among the other guests, I still felt that I had had the rational, but he had had the emotional, advantage.