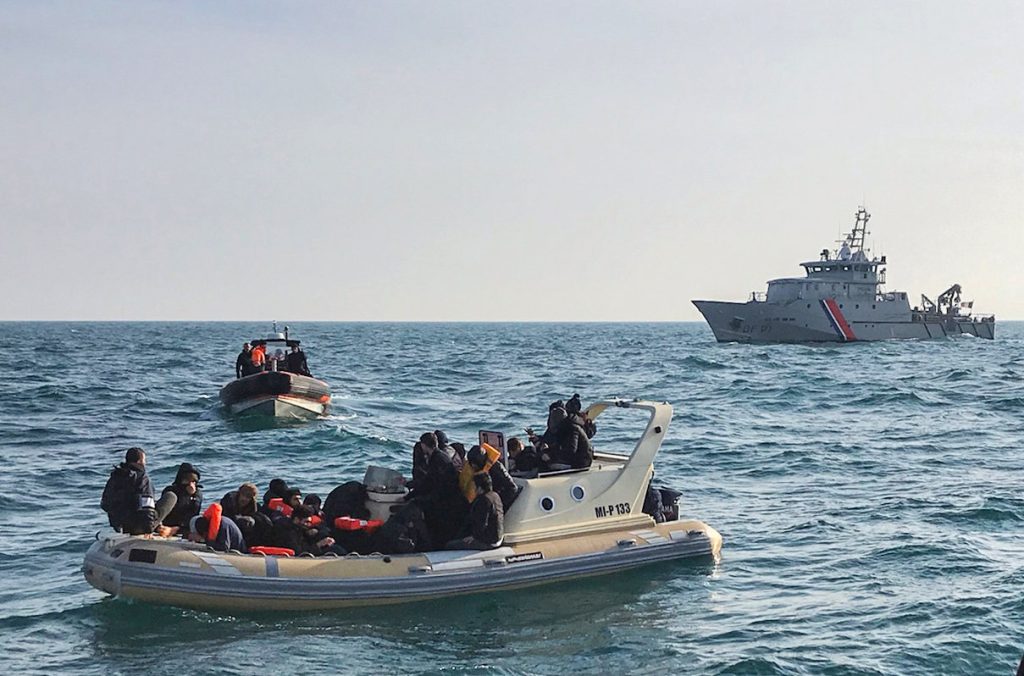 LA REYNE LE VEULT!  I happened to be watching the Parliament Channel on the BBC, and heard the stentorian tones of the Clerk of the Parliaments say LA REYNE LE VEULT half a dozen times.  The occasion was the prorogation of Parliament.  All bills before Parliament become law when the Crown signifies assent.  It is good to be reminded that the illegal Norman invasion of 1066 (I cite today’s phraseology) is still with us, and that the Normans and Anglo-Saxons get on well enough now if with some residual class frictions.  It is true that Channel crossings by small boats are another kind of illegal invasion.  But the boat people are not Normans, though they embark in Normandy.  They come from all over the Third World, drawn by the same kind of instinct that governs birds and whales in their choice of a better environment, and their invasion of the West is the most serious challenge of our times.

The British Government is now facing the challenge in an original and striking way.  One of the bills just given the Royal assent is now the Nationality and Borders Act.  This will mean that illegal migrants—those who arrive in unlicensed and unlawful boats, when they could have claimed asylum in France—may be flown to special holding facilities in Rwanda on a one-way ticket.  Their claims will be assessed there, but the virtually automatic right to stay in Britain is collapsed.  Moreover, the Act exercises its power from January 1st, not the actual date of arrival in Britain.  So it made no sense to surge into Britain while the bill was still progressing through Parliament.  The migrants may have been inadequately informed of this detail by the traffickers.  The immediate outcome was closely watched.

It has been curious.  For eleven days, no cross-channel landings were reported.  Triumph, cried the Government supporters.  Rubbish, said Nigel Farage, a very widely respected figure.  It was the weather that did it, a stiff North-Easterly wind deterring the cockleshell heroes.  But as soon as calm returned to the Channel, the boats resumed their crossing if with smaller numbers.  Farage himself took a boat to check on the arrivals, and filmed three occasions when a boat person nearing the English coast threw his mobile phone into the sea.  That meant that his past, and nation of origin could not be checked.  Moreover the authorities would give the arrival a free mobile phone, so that he could communicate with his people and lawyers.  The great test will be the first migrants to be actually deported to Rwanda.

The media reception to the Rwanda policy has been sulphurous.  The Archbishop of Canterbury, who may be presumed to have a hot line, tells us that the Almighty disapproves of Rwanda.  In my local newspaper, whose pages are occupied by the Left, a letter writer speaks of the Nationality and Borders Act as ‘cruel, immoral and illegal.  It discriminates between those who arrive by a designated route and those who arrive by an “illegal” route such as crossing the Channel in a small boat.’  I quote this because it illustrates the vacuity of the Left.  Note the ploy of putting inverted commas around ‘illegal’: the illegality is a fact, not an opinion or slur.  The migrants land in England as a result of a criminal conspiracy.  But the Left’s line is opposed to public opinion, which is strongly in favour of the Rwanda policy.  Amusingly, the Left treats Rwanda itself as though it were a penal settlement like Devil’s Island in French Guiana.  They had never heard of it, or of Captain Dreyfus.  But the Left, which seeks always to be ‘on the right side of history’, does not know much history.  The Republic of Rwanda today is a well-governed and stable state, with a female majority in its Parliament, a distinction shared only with Bolivia and Cuba.  It is blessed with a healthy climate, a kind of tropical Switzerland.  But do the migrants despatched there want to be on the right side of geography, as well as history?