An Absurd Suggestion Regarding the Casting of Actors 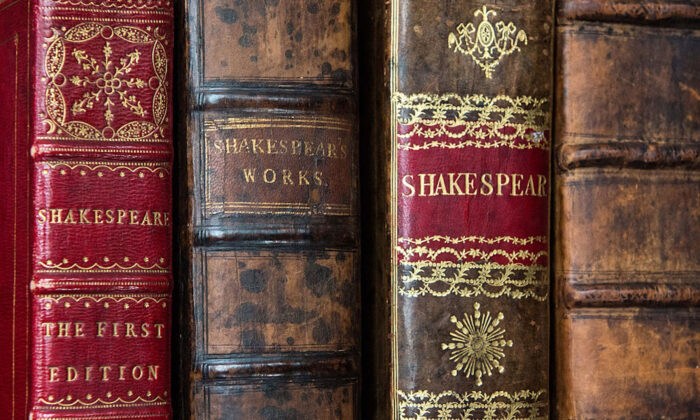 The Woke always surprise me by their high boredom threshold, for one would have thought that nothing could be more boring than always to look at the world through the narrow distorting lens of race, gender, etc., and always come to the same conclusion about it.

However, one has to give it to the Woke: Just as you think that their idiocies can go no further, they come up with something new. They display a kind of malign inventiveness in finding new ways to provoke people of more sensible disposition. The Woke manage to be inventive and boring at the same time (as Marxists used to be); and while it is boring to have to argue constantly against bores, it is necessary to do so because otherwise the undecided will come to think that the arguments of the Woke are unanswered because unanswerable.

The artistic director of the Royal Shakespeare Company in England, Gregory Doran, gave as his opinion as a parting shot just before his retirement from the position that only disabled actors should henceforth be considered for the role of Richard III, just as, nowadays, only black actors are cast in the role of Othello because it is considered demeaning to black people for whites to don dark greasepaint.

This is all so silly that refutation might seem unnecessary. But the problem is that unless it is refuted, Doran’s successor will feel constrained to abide by his predecessor’s dictum, for not to do so would then be taken as prejudice against the disabled.

First, it should be noted that Othello is not a black African, he is a Moor, that is to say, a North African. He is dark-complexioned by comparison with Europeans, but not therefore black. On the logic of the argument, therefore, Othello should be played by a person of Algerian or Moroccan descent, and not by a black actor, who would be performing a racial impersonation as much as a white actor.

Second, Richard III (as depicted by Shakespeare) is more disfigured than disabled. True, he says that he was:

“sent before my time

“Into this breathing world, scarce half made up,

“And that so lamely and unfashionable

but he is hardly disabled at all, since there is no suggestion that, at the battle of Bosworth Field where he meets his death, he is incapable of fighting in what was then considered the normal way. And even his disfigurement is not much of a handicap, for although he claims in his opening soliloquy that it prevents him from playing the part of the lover, in the very next scene he is depicted as a very efficient seducer of the very woman whose husband he has just killed. Congratulating himself on his success (which clearly does not surprise him), he asks:

“Was ever woman in this humour woo’d?

“Was ever woman in this humour won?”

It is impossible to believe that this was the first seduction of Richard’s life, so that his claim that if he cannot play the lover, he must play the villain is completely false, a mere rationalization of his profound wickedness.

However, the fact that Othello was not a black African and Richard III was not disabled in any profound way, and not even much handicapped by his deformation (except, perhaps, psychologically), is beside the fundamental point, which is that acting is precisely the assumption of a role that is not the actor’s own self.

Clearly, the casting of actors and actresses should not be so bizarre that it interferes with the audience’s suspension of disbelief that is so essential to good theatre: A 90-year-old Ophelia, no matter how good an actress, would be absurd. But, as the whole history of Shakespeare on stage goes to show, many actors are quite capable of impersonating the supposedly hunchbacked Richard. When I was young, I saw Laurence Olivier in the role on film, and ever since, whenever I think of Richard III, it is Olivier that comes to my mind’s eye—and ear.

The skill of an actor is akin in its protean quality to that of an advocate, who must advance the best possible arguments for a case, irrespective of its truth. The actor inhabits a character that is not his own—though no doubt there have been celebrated, though not great, actors who always essentially play themselves. It may even be that actors become so accustomed to playing someone other than themselves that they cease any longer to have a real self: They are always acting, even off the stage, just as Queen Victoria said of the prime minister, William Ewart Gladstone, that he always addressed her as if she were a public meeting.

The absurdity of what Doran, a highly intelligent man, said is so obvious, that the question naturally arises as to how and why he should have said it. Can he really believe that the witches in Macbeth, for example, should be played by women who practice Wicca? That Bottom must be played by a weaver, and Abhorson by a man under sentence of death (not easy to find in these days of the abolition of the death penalty)? Must Juliet be 13 years old and Gloucester’s eyes put out in the middle of the play so that he can convincingly act the part of a blind man afterward (I doubt that there would be many auditioning for the part under these circumstances)?

Doran cannot possibly believe any of this, which is the natural corollary of what he said, and therefore his declaration is patently insincere. His career having been very successful, he has nothing further to prove, so he cannot plausibly be suspected of mere careerism, as he might if he had been younger. He might have wished to pass a poisoned chalice to his successor in order retrospectively to burnish his own reputation, but that would be to attribute to him a malice for which there is no other evidence.

I think rather that Wokedom is analogous to diseases such as Kuru and Creutzfeldt-Jakob in humans and scrapie in sheep, caused by particles called prions that infect the brain and cause it to degenerate, resulting in strange and disturbed behavior ending in death. Unless a remedy is found, what will die, however, is not an individual human being but ultimately a culture and a civilization.