Oxfam and the Corruption of Foreign Aid 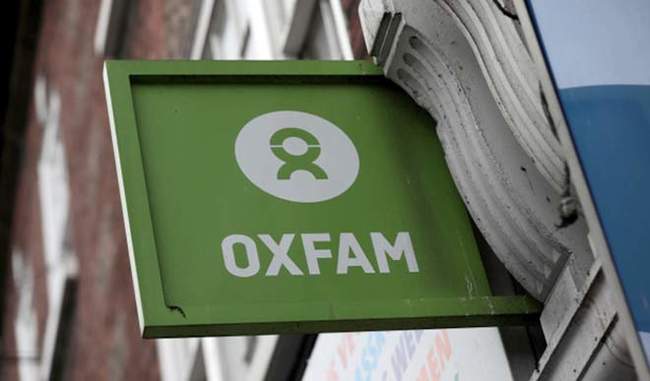 It is very wrong, morally, to take pleasure in the misfortunes of others, but I cannot disguise from myself the intense pleasure, amounting almost to joy, with which I learned of the public exposure of the wrongdoings of Oxfam in Haiti, Chad, and elsewhere. Its workers, sent to bring relief to the acute and chronic sufferings of those countries, used the charity’s money, partly derived from voluntary contributions and partly from government subventions (the British government and the European Union are by far the largest contributors to British Oxfam), to patronise local prostitutes, some of them underage, and also to conduct orgies, no doubt at a fraction of what they would have cost to conduct at home.

Oxfam, at least in Britain, has long been one of the most Pecksniffian of organisations, much given to auto-beatification. Mr. Pecksniff, in Dickens’ Martin Chuzzlewit, introduces his daughters, called Charity and Mercy, to Mrs. Todgers, adding ‘Not unholy names, I hope.’ It is therefore of the hypocritical Mr. Pecksniff that I think of whenever I pass the Oxfam shop in my small town, with its unctuous slogan, Thank you for being humankind, posted in the window. It is only with difficulty that I resist the urge to throw a brick through it.

Of course, Oxfam, like many large British charities, has long been a villainous organisation — and the sexual exploits (or should I say exploitations?) of its workers in Haiti and elsewhere are the least of it. In the moral sense, though not the legal, it has for many years been guilty of fraud, of misleading the public.

I first realised this some years ago when I found a used book dealer of my long acquaintance poring in his shop over Oxfam’s annual accounts.

‘Look at this,’ he said, but I saw nothing until he pointed it out to me.

Oxfam, in common with many other charities in Britain, runs thrift stores in practically every British town and city. Such thrift stores are now more numerous even than Indian restaurants: they allow people to give away their unwanted belongings in the belief that, by so doing, they are furthering a good cause.

My acquaintance pointed out that, despite receiving their goods free of charge, paying practically nothing for their labour (which was voluntary), and paying much reduced local taxes, Oxfam shops made a profit on turnover of a mere 17 per cent, much less than his own, despite his incomparably greater expenses. How was such a thing possible, by what miracle of disorganisation (or malversation of funds)?

Until then, I had carelessly assumed that the great majority of any money that I gave to a large charity went to serve its ostensible end, say the relief of avoidable suffering. I was not alone in this, of course. When I asked the volunteer ladies in a local shop run on behalf of the British Red Cross what percentage of the money I paid for a book there went to the Red Cross, they looked at me as if I were mad.

‘Why, all of it of course,’ piped up one of the ladies.

The real average figure at the time for Red Cross thrift stores was 8 per cent; but the volunteer ladies supposed, because the goods they sold were free to the Red Cross and they themselves were not paid, that (apart from a small amount for unavoidable expenses) all the money raised went directly to victims of earthquakes and the like.

But there was more. When I looked up the accounts of the Red Cross on-line, I discovered that of the 8 per cent that the commerce branch of the Red Cross turned over to the charity, a fifth went in advertising and more than half in the salaries of the people working for the Red Cross. Further investigation of the accounts of large British charities demonstrated that for most of them charity definitely began at home. The last time I looked, Oxfam employed 888 full-time workers at its headquarters. Suffice it to say that this is not what most people who drop a coin into the rattling tin or make a regular contribution by standing order think they are paying for: they think they are paying for blankets, not orgies, for the young victims of earthquakes.

More seriously, Oxfam’s ideas of how poverty is to be overcome — by means of foreign aid — is, and in retrospect has always been, deeply flawed. The organisation, supposedly focused on poverty, has contrived to overlook the greatest reduction in mass poverty in human history, namely that which has occurred in India and China in the last thirty years, and therefore to reflect upon how it was brought about. Certainly, this reduction had nothing to do with foreign aid, or even concern for social justice. Of course, the reduction in poverty has benefited some more than others, but it is inconceivable that any process affecting billions of people should affect all equally.

The fundamental error of Oxfam’s approach to poverty was inadvertently illustrated very powerfully on page 27 of Le Monde (France’s newspaper of record) for 18 February, where an article about Oxfam’s current difficulties appeared over an article about the disastrous situation in Kosovo.

The first article, by a political scientist at the Belgian Tricontinental Centre of Development, begins with an attempt to extenuate Oxfam and similar organisations:

The attitude of a dozen members of Oxfam Great Britain, accused of having had resort to prostitutes in Haiti in 2011, is representative neither of the organisation itself nor of humanitarian workers in general.

Somewhat in contradiction to this, however, it continues:

All the same, it cannot be accounted a simple accident or dysfunction, even less an isolated case. Similar cases in other countries (Liberia, Chad, Southern Sudan…) attributable to other non-governmental organisations (ONGs), are coming to light more and more often.

This scandal… is emblematic of the power and structural inequalities in the chain of international humanitarian aid which permit such abuses to happen. To remedy them supposes something other, and more, than committees of vigilance and codes of conduct. It requires the rethinking of the way aid functions, to reverse the asymmetrical relationships and put an end to the beneficiaries silencing and powerlessness.

This might seem to be, in effect, a plea for the abolition of such supposedly humanitarian aid, which (according to the author) has hitherto been auto-legitimating and has always relied on donors mistaking the wish for the fact. ONGs are arrogant and behave with a kind of imperial impunity in the impoverished countries in which they operate: they are not so much the four horsemen, but the proconsuls of the Apocalypse. Indeed, one might surmise that it is the imperial or proconsular nature of the organisations and their work that appeals to the ‘humanitarians’ that they employ. It is the power in the power to do good, or confer benefits, that attracts them.

We have already seen by the example of India and China that aid is not a necessary condition of escape from poverty: but is it, or could it be, a sufficient one? Here the article on the case of Kosovo is highly instructive.

Twenty years after the end of the war with Serbia, Kosovo remains in a disastrous and lawless condition.

The local authorities have been unable to develop a real productive economy which remains almost completely dependent on remittances from the [Kosovar] diaspora and international funds. In total $4.5 billion of development aid have been sent since independence, that is to say $2500 per head, the highest level in Europe. In spite of this, the rate of unemployment is terrible, at 30.5 per cent, and 50.5 per cent among the young. The public sector is grossly inflated…

The traditional corollary of this type of economy is generalised informal activity and endemic corruption.

Even the members of the European mission to teach the Kosovars the rule of law accuse each other of corruption. Most young Kosovars want to leave, never to return.

So, aid is clearly not a sufficient condition of development any more than it is a necessary one. When people in favour of foreign aid use the word despite, I think it is probably a good rule of thumb to replace it by the word because.