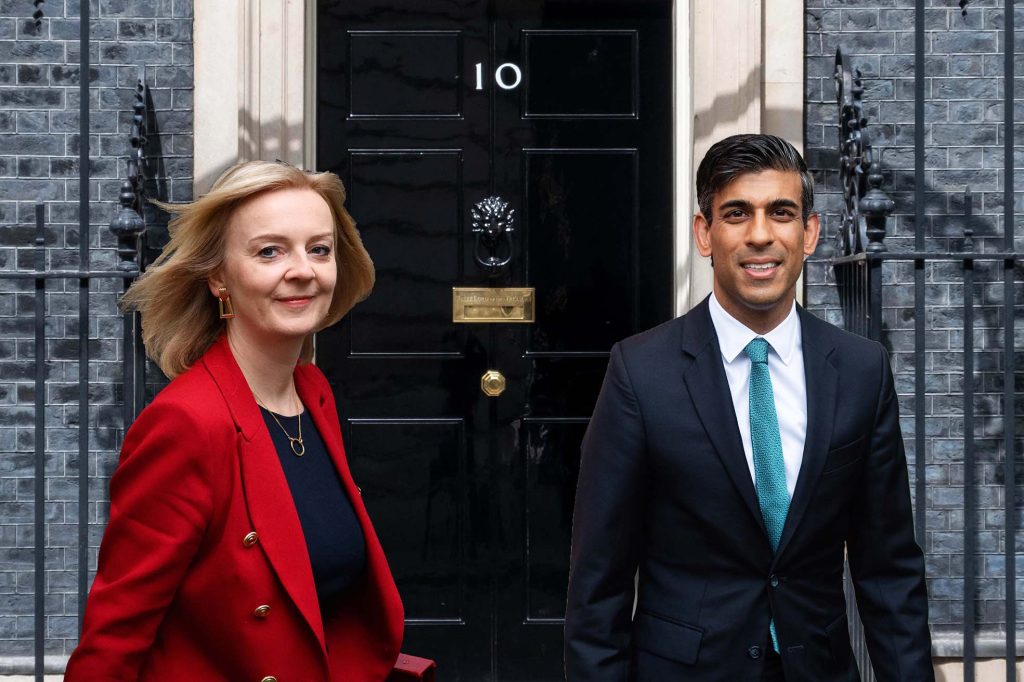 ‘Les jeux sont faits’, as Napoleon said at Vitebsk before resuming the march on Moscow.  The Conservative leadership contest has now resolved itself to a final two, Rishi Sunak and Liz Truss, the winner being decided by a vote of party members.  As this is a postal vote, the question will be subject to the post and its frequent delays.  We shall know the outcome on September 5th.

It is best to pick up the threads with the final four, Sunak and Truss, Penny Mordaunt and Kemi Badenoch.  Mordaunt used to look good in a swimsuit, and her hair style was modelled on Catherine Deneuve.

Her record in office was less impressive, and her former boss, Lord Frost, said that she was often absent on parade and was but vaguely informed on the key issues of the moment.  Her popularity nevertheless held up well with MPs, presumably because her presence blocked the progress of other candidates.  She was one of the last three and lost narrowly to Liz Truss.

Kemi Badoch was the people’s candidate, and the media’s.  She is clearly talented and is sure to have a place in the coming new government.  The media tastefully failed to mention that she was born and raised in Nigeria, which she left for England aged 16.  There may have been a lingering feeling that a rather longer experience of this country would have enhanced her claim to rule it.  She has held none of the great offices of State, which used to be a pre-condition of leadership.

The centre of political gravity shifts with the final two.  Hitherto the contest has been dominated by the Westminster Tories.  Their views animate everything in sight.  They, through the 1922 Committee, capably run by Sir Graham Brady, established the ground rules for the contest in which everything has been decided by Tory MPs.  But now the final decision is left to the party at large in the country.  I do not think that the magnitude of this shift has been fully grasped by the commentariat, who have viewed the election as a national beauty contest in which all have an equal say and are widely encouraged to say it.  It may be a shock to realise that that the public at large have no say at all.  The choice of next Prime Minister will be taken by some 180,000 paid-up members of the Conservative Party.

This was itself an innovation in 1998, when the rules were changed to allow the membership the final choice–a mistake, says the Telegraph centre-page writer today.  In the past it was the ‘magic circle’ among the Westminster Tories that called the final shot, a system that was attacked by Iain Macleod and The Spectator.  When Macmillan resigned, the country was not consulted about his successor.  The Westminster Tories had a deep knowledge of the leading candidates–and knew what was said about them, and what could not be said about them. But the rules were changed and we live with them.

The Conservative Party in the country has a profile that is not matched with the nation at large.  It has three major features.  The Party is

3) Very likely to own a house, acquired long ago, which means that they have wealth well beyond the ambitions of most people and especially most young people.  This does not mean they will make a bad decision.  But the cries of ‘representative’, heard in almost every other context, simply do not apply here.

The leader the Party has now to choose is due for a hard time, with hydra-headed problems arising on all sides to hiss at him/her.  The Party itself is riven, since Rishi Sunak and Liz Truss have totally opposed policies and will strive to advance them before the final decision.  There will be no ‘coming together’ which all peace-lovers call for, a rift symbolized by Teresa May today remaining seated while the rest of the Party was on its feet applauding the last Parliamentary appearance of the departing Boris Johnson.  His legacy will be fought over. They have two years to set things on the right path before the 2024 General Election.  For Sir Keith Starmer, leader of the Labour Party, things are altogether simpler.  I judge that he will say and do as little as possible, and wait till he inherits the keys to 10 Downing Street from an exhausted, embittered Conservative Government.  This has every prospect of turning out to be a sound policy.