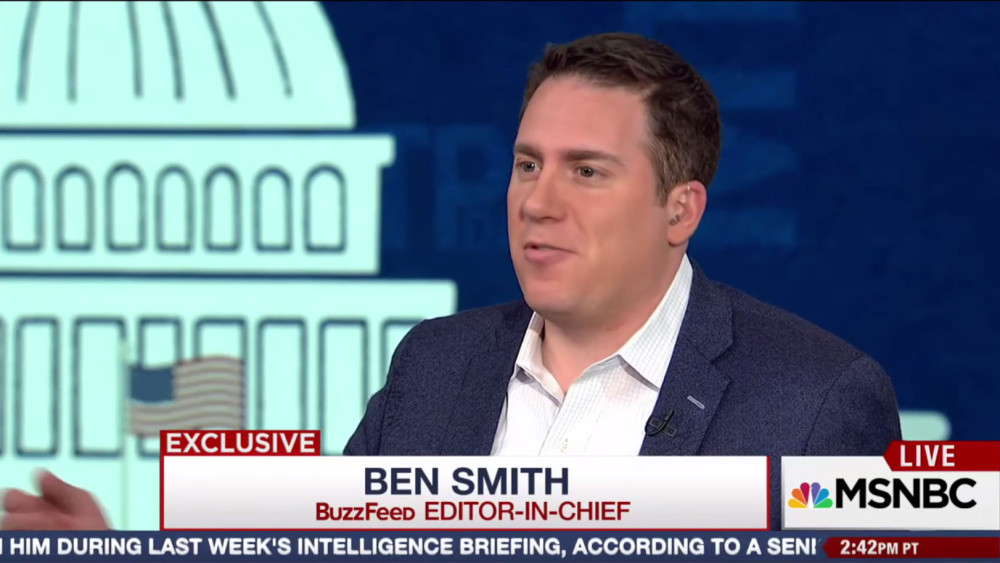 Every responsible journalist seeks no pardon for asking what’s new or how is the world treating you, and refusing to wrap political and social troubles in dreams. If there is a model of integrity in reporting the news and analyzing troubles ahead it is C.P. Scott, longtime editor, 1872-1929, and later owner of the Manchester Guardian. His counsel in an essay in 1921 was priceless: “Comment is free, but facts are sacred… It is well to be frank, it is even better to be fair.” While pursuing a progressive liberal agenda, his emphasis was always accurate news reporting.

It is sad that the mainstream U.S. media and many of those involved in intellectual endeavors do not abide by Scott’s maxim. Their sources may not always be wild again, beguiled again, bewitched, bothered, and bewildered, but a recent event comprising a publication by BuzzFeed and responses to it, indicates a continuing problem. BuzzFeed had reported, in a “bombshell report,” on January 17, 2019 that Michael Cohen had lied to Congress; it cited two anonymous federal law enforcement officials who alleged that Robert S. Mueller had evidence that President Donald Trump told Cohen, his former lawyer, to lie about discussions of a potential proposed Trump Tower to be built in Moscow. Some, if not most, of the pertinent information seems to focus on a meeting on June 9, 2016 at the Trump Tower in New York.

However, on the next day, January 18, 2019, in his first public statement on the issue a spokesperson, Peter Carr, on behalf of Robert Mueller’s office repudiated the story: “BuzzFeed’s description of specific statements to the Special Counsel’s Office, and characterization of documents and testimony obtained by this office, regarding Michael Cohen’s Congressional testimony are not accurate.” BuzzFeed did not accept the fact it had made a mistake or had misinterpreted the events it had publicized.

Whatever the truth, several aspects are interesting. One is the refusal of BuzzFeed and CNN and MSNBC to accept the brief denial as an answer to its charges. The BuzzFeed editor, Ben Smith, stood by its reporting, and the sources who informed it, in spite of the fact that no texts or other documents had been produced to corroborate the story. His refusal reflects the reality that in general the mainstream media, and its journalists are more to the left in presenting news or opinions than is the median opinion of U.S. voters. This is not to say that the media on the right are faultless. However, discussion of the bias of the right has been open and frequent, whereas the bias of the left has not.

Criticism of the left media does not mean that one is adopting the argument frequently voiced by Trump about the assault on him by “Fake News,” or accepting his view of critics as “Enemies of the People,” or to agree with his policies and proposals on internal and foreign problems. The C.P. Scott formula should be espoused by news media of the left as well as the right because of concern about bias, the frequent use of misleading information, the fact that headlines of stories don’t always reflect their content or import, and the willingness of journalists to publish and of readers to consume or not challenge Fake News. Furthermore, the eagerness to condemn Trump results in the presumption of guilt rather than innocence; in this case the focus is to blame Trump for obstruction of justice, and implicitly call for impeachment of the President.

There are wider implications, the question of bias in reporting and the lack of diversity in teaching as well as reporting the news. A number of objective studies and surveys have illustrated the bias on the left. One published in Politico in October 2016 showed that about 91% of news coverage of candidate Trump, who received considerably more broadcast news coverage than candidate Hillary Clinton, was hostile.

Another factor is realization that technology has changed the nature of journalism. Patience is not one of the outstanding characteristics of the media. The initial, apparently inaccurate, BuzzFeed story immediately caught fire and went “viral,” though it may be a storm in a tea cup. Its accuracy was not immediately challenged by much of the media. This is surprising because BuzzFeed, the internet media founded in 2006 which became a global media company, is regarded by many as an unreliable source. Indeed, its editorial stated “we firmly believe that for a number of issues there are not two sides.” A Pew Research Center report concludes it is one of the most distrusted news sources in the U.S.  On January 10, 2017 it published the Christopher Steele dossier, the private intelligence report, with allegations that the Russian government had been cultivating, supporting, and assisting Trump for years.

Allegations of this kind are mixed with past activity by Trump who had bought the Miss Universe pageant in 1996, later sold it, but brought it to Moscow in 2013, and was involved in negotiations to build in Moscow a Trump Tower, 100 stories high, to be the tallest building in Europe. There seems little doubt that Trump was interested in a Tower, part of his ambition to have his name on luxury buildings around the world. Nor is it deniable that Trump associates carried on conversations with Russian officials on the issue. Nevertheless, this does not lead to proof of Trump’s guilt in the issue of “collusion” between Trump and Moscow.

The rapid, unthinking acceptance of the BuzzFeed story of Cohen and Trump evokes the memory of the impact of the 23 year-old Orson Welles’ narrative and production of the War of The Worlds, the radio production on October 30, 1938, the evening before Halloween, an event that still haunts the country. The program, a modernized version of the story by H. G. Wells, was a hypothetical report on the Martian invasion of the U.S, told supposedly from Grovers Mills, N.J., a few miles from Princeton. The fake news broadcast of the invasion, interrupted by piano solos of Debussy and Chopin, and other orchestral music, was mistaken by many as a genuine news broadcast and caused panic among the listeners, though the number was not large. Welles never clearly explained whether his intention was to create panic in the audience, but he did acknowledge that his Fake News was mistaken for a genuine news broadcast. His success helped lead to a contract in Hollywood where in 1941 he co-wrote and directed Citizen Kane.

The troubling question is why Fake News is accepted by so many. It can be the sheer repetition of inaccurate information by the media, leading most people to be reluctant to challenge what they have heard or read. But an underlying problem, not often discussed, remains, the lack of diversity among reporters and to take the matter further, the lack of diversity in the teaching of public affairs in universities.

The diversity, and consequent bias, in the media is clearly shown, as Joan Shorenstein pointed out, by the liberal bias in news presentation. A Harvard study of the news coverage of the first 100 days of the Trump administration is enlightening.  The coverage was overwhelmingly negative: CNN, 93%, CBS and NBC 91%, New York Times 87%, Washington Post 83%, Wall Street Journal 70%, and even Fox News 52%.

Account should also be taken of the lack of diversity of political opinion in universities, since they have a responsibility to educate those who will become reporters as well as the general public. Education should emphasize the necessity to be free of bias in scholarship, the curtailment of free speech on university campuses, the dangers of ideological conformity, and outright discrimination. But studies show that political correctness pervades the campus, and that political leaning of faculty is overwhelmingly leftist and friendly to the Democratic party. An article in National Association of Scholars, NAS, on April 2018, of a sample of 8,688 tenure track professors from liberal arts colleges, shows the discrepancy. Overall, the ratio of liberal to conservative faculty is 12.7-1 if military colleges are excluded, and 10.4-1 if they are included.

Figures for some colleges, Wellesley, Swarthmore, Williams, indicate the ratio of the faculty is 120-1 liberal. There are sharp differences in fields; engineering has 1.6-1 liberal and chemistry 5.2-1, and physics 6.2-.1; science is 6.3-1; social science 12.3-1 and humanities 31.9-1. Not a single Republican was found in gender studies, Africana or peace studies, or in the faculty at Bryn Mawr. At the extreme were liberal bastions, anthropology 56-0, and communications 18-0.

Great Scott! Universities should be reminded that a monologue is just a form of continuous fiction. It is time to focus on the bias, oversimplification, the inaccurate tonality, of issues presented in the media, the items chosen or neglected on an inherently ideological basis in the media and on the campus.

PrevLove Your Neighbour exhibition moved to Ilford
Shutting Down the ShutdownNext