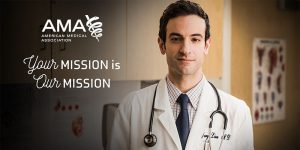 Change in linguistic usage is normal, and it can either add to or detract from language’s expressive power. It’s much more likely to be sinister when directed by some organization acting in an official or public capacity than when it arises spontaneously from the population at large. Directed change in linguistic usage is usually in pursuit of some practical or ideological end, acknowledged or unacknowledged—or both.

The American Medical Association (AMA), for example, wants doctors to cease using the word disparity, meaning difference in characteristics or in outcomes in different groups, and to use inequity instead, meaning (in its opinion) inequality, for it wants to replace inequality also by inequity.

In so doing, it’s propounding a worldview that’s thoroughly communist, more thoroughly communist in fact than that of Marx and Engels themselves, who had no inhibitions against denigrating whole groups for their own backwardness and cultural inferiority, and even wishing them to disappear from the face of the earth.

According to the AMA, then, any and all differences in the fate of different human groups is, and can only be, the result of social injustice. For example, stand-up comedians as a group have a high rate of suicide and a low life-expectancy by comparison with others (a friend of mine published a scientific paper on this subject), and this must be—according to the AMA—because such comedians are persecuted or mistreated in some way. Perhaps they’re exploited by their managers or by impresarios, made to work too hard, given too little time off, etc. They must, in the AMA’s view, be pure victims of circumstance, or slaves to circumstance, contributing nothing to their own fate. They no more chose to be comedians, with the associated way of life, than did I, say, to suffer from hypothyroidism when I was in my twenties. And once a person is forced by circumstance to be a comedian, he must continue for the rest of his life to be a comedian: There’s nothing else he can do, and he exercises no choice in the matter.

It’s therefore time to halt this gross injustice to comedians, if necessary by outlawing the profession itself. If there were no comedians, there could be no injustice done to them.

In the opinion of the AMA, there’s no such thing as an illegal immigrant, presumably anywhere in the world (there’s no reason why this view should apply only to the United States). An immigrant who enters a country illegally is simply “undocumented.” This has the corollary that no one is the citizen of anywhere in particular, we are all citizens of the world with the equal right to live anywhere in the world.

But who is to enforce this right, given that—as a matter of fact—most governments refuse to recognize it? Try turning up in most countries and saying, “I am going to stay here for the rest of my life, whether you want me to or not.”

The only answer, of course, must be a world government—of which, presumably, the AMA would be the conscience and ethical supervisor.

The AMA wants the morbidly obese to be known henceforth as people with obesity, as if obesity descended on people as the gentle rain droppeth from the heaven on the place beneath, with no intervening human conduct to mediate its action.

Morbid obesity and the worldwide increase in its prevalence is a complex phenomenon, and neither commercial interests nor government policies can be excluded from the analysis of its causes. This is not, however, the same as saying that individuals exercise no responsibility whatsoever for their fate, or that they are mere helpless pawns in the hands of some evil great chess grandmaster. To say this is to reduce people to the level of inanimate objects.

Why is there this drive to exculpate people totally from their own situation, if that situation is in some way undesirable or worse?

First there’s the desire for power by those who see their fellow-beings as pure victims, that is to say as inanimate objects acted upon but not acting. But I don’t think that this is the whole explanation.

Therefore, since it’s evident that the grossly fat are deserving of sympathy, for surely they suffer and don’t want to be as they are, and would, if a magic wand could be waved, become slender, they have to be turned into pure victims, having contributed nothing to their own downfall in order for sympathy toward them to be exercised.

There’s no room for weakness of will or the tragic dimension of life in the AMA’s worldview, as revealed by its proposed linguistic diktats, which make the approach of the Académie française to language regulation look libertarian.

In the older view, a Christian could, and in fact should, recognize the sinfulness of every person, including the very fat, but at the same time attempt to be compassionate toward him, for essentially he, the Christian, was in the same boat, if not necessarily with regard to the same sin—but he was a sinner of some kind or another.

Again, it isn’t the case that Christians always practiced what they preached or should have preached, far from it: They could be as censorious, cruel, punitive, and sadistic as anyone else. But at least in theory, their belief or doctrine allowed them the possibility of recognizing both a person’s sinful part in bringing about his own bad situation and being compassionate toward him.

Let us ascribe generous motives to the AMA: They want to be compassionate toward those who suffer. But because they hang on to Christian ethics with the concept of sin removed, they turn almost everyone, including the readers of this, into inanimate objects, with all the potential for a totalitarian dictatorship and abuse that such a worldview inevitably implies.