The “stake” in stakeholder capitalism goes through the heart of individual liberties. 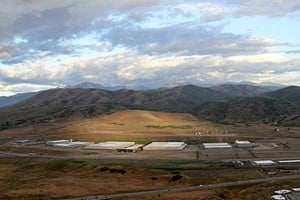 “The most grossly obvious facts can be ignored when they are unwelcome.” – Orwell

We hear much these days about paradigm shifts and resets. Much of the chat comes from crucibles like the World Economic Forum. The WEF is a kind of “masters of the universe” boys club that meets to greet, eat, and ski at fabulously expensive hotels and restaurants in Davos, Switzerland. The globalist press covers these champagne and caviar festivals because the Fourth Estate loves to hobnob with power and money. The holy grail these days seems to be the pursuit of a “great reset,” or stakeholder capitalism; in practice a Beijing model, more like capital Communism. A Chicom theologian would argue that their “capitalism” is just a phase on the way to totalitarian social stability. For monopolist mandarins in America and Europe, the Covid-19 crisis is indeed a golden opportunity to remake the world, “capitalism with a Chinese face” if you will.

The “stake” in stakeholder capitalism goes through the heart of individual liberties.

Some of the necessary paradigm shifts have already been successful above and below the radar. Above the horizon, hiding in plain sight, the guy who blew the whistle on Big Brother in America is now an international fugitive. The Snowden leak is unique to the extent that he seems to have been motivated by morals at the expense of professional ethics. Conscience, alas, is a character defect in the Intelligence business.

The theater of federal arrogance is now compounded by parallel commercial digital fascism. Mark Zuckerberg, for example, has rebranded his global Facebook data hustle as META Inc. You can’t make this stuff up. Data mining is a polite euphemism for wiretapping, spying, or surveillance. Big government and Big Tech are now joined at the hip by visions of meta control. 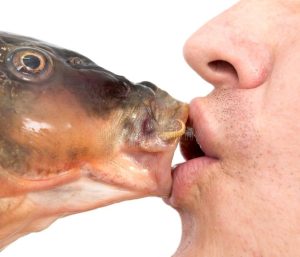 Congress then kissed that fish on the mouth and sent another big check to Big Brother in Bluffdale, Utah.

So much for congressional oversight, the real truth about Intelligence abuse and domestic spying is that the American Intelligence Community, including the FBI, are above the law; free agents, politicized deep state civil “servants.” And thus, do elections and maybe democracy itself become less relevant over time. Without accountability, republican democracy is a mirage.

The urban deep state, the real deciders, as Bush Junior might say, are a toxic majority in large cities, blue states, and nearly all bloated federal bureaucracies, like NSA, across America these days. The American election of 2016 was an inflection point when the apparatchik Left came out of the closet with their azimuths on fire. An outsider, God forbid, threatened to drain the Beltway swamp. Alas, elections in America only matter now if the unelected nomenklatura, today well left of center, agree with the electorate.

Big reset there too.

Below the radar since 9/11, a digital hardware paradigm shift is underway also, out in the desert sands. Bluffdale, Utah is now ground zero for a mega-shift in the metadata trade. Heretofore, the national Intelligence meme was a “needle in a haystack” model, to wit; industrious agents and analysts labored in the bowels of a dozen or more Intelligence agencies, like George Smiley, looking for the pins of enemy capabilities and the needles of enemy intentions.

At some point on the Clapper/Obama watch, some genius said “needles be damned,” let’s collect and store all the haystacks instead. When your safety pin pops up on Big Brother’s radar, NSA can access to your present and her past. At any time, any citizen’s future is also a virtual federal hostage, indefinitely.

Abuse here is not just likely; it’s inevitable, Clapper’s faux reassurances notwithstanding.  Ironically, the Bluffdale paradigm and curtailment surveillance was born out of the ashes of Islamist 9/11 infamy. The literal response to Islamic religious fanaticism is now virtual digital fascism.

Who wins that fight?

To be sure, Orwellian spying is only possible with industrial scale collaboration. The Davos crowd was in on the meta-mega collection paradigm caper from the start. Here, the tradeoffs are obvious, big data in exchange for a laissez faire internet. Uncle Sam now has access to communications and Internet “back doors” across the world, and that includes all commercial and domestic digital scat at your house, coast-to-coast.

The price of vague promises about national security is now an absolute loss of privacy, another Chinese model. The motto for the 21st century Animal Farm should now be “Trust Me,” courtesy of the Intelligence Community.

The siting of mega collection and storage in Bluffdale is no happenstance either. That desert oasis has three distinctions; isolation, sister wives, and a state prison. NSA, a DOD agency, has a sweetheart deal with Utah State Police where local cops are paid $50 per hour for perimeter security. In exchange, NSA is unlikely to see any citizen dissent or unsightly protests anywhere near Bluffdale’s harems or the NSA data facility. 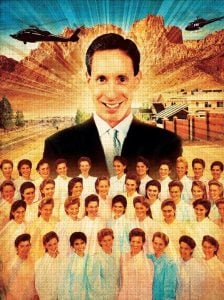 Indeed, for social buffering, Bluffdale is also host to the headquarters of one of the creepiest of many polygamist sects in Utah, the Apostolic United Brethren.  Here, local AUB bulls corral herds of Salt Lake Valley underage heifers. No one in Bluffdale is likely to ask too many questions about another sugar daddy, even if its Uncle Sam. Rural religious cults are happy to be left to their own kinky devices. Indeed, the Utah state legislature has reduced polygamy (and incest and pedophilia by inference) to a misdemeanor, like littering.

Now there’s a grand cultural reset with “Me Too” appeal. Social recidivism in Utah, Nevada, and Arizona never makes it above the fold in any major media outlet.

No Congress and no citizen ever voted for the Bluffdale Data Center (aka Bumblehive) or metadata collection. So much for democracy. That reset, that paradigm shift flew under the radar and out of the smoke and the opportunism generated by 9/11, then Covid. Ironically, there’s precious little evidence, after 22 years, to suggest that Big Brother or Uncle Sam is winning the wars against terror, Islamism, or the spread of theocracy. Indeed, on the theological front, reset in Utah, like Islamism, is just another victory for social declension. 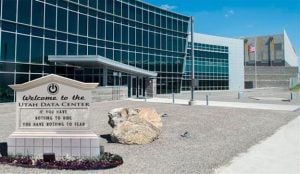 There is zero correlation between investments in electronic super snoops and national security dividends so far in the 21st Century. Arguably, with the spread of theocracy in the Ummah, Islamic religious fascism (aka Islamofascism) is a growth model. Extremism is winning. See Afghanistan, Iran, Iraq, Turkey, Libya, and now maybe Detroit and east London.

So, let’s give credit where credit is due. The caviar crowd at Davos is correct about resets, and wrong about the  rule of law, progress, or the blessings of global communal memes. Progressive doesn’t mean progress any more at Davos any more than it does in Detroit or San Francisco. The great reset is what authoritarian elites do because they can; fix governance and economic apparats by any means: to accommodate what Marists used to call the “vanguard of the proletariat.” In practice, Davos is a consortium of deep state oligarchs, allied with Louis Vuitton liberals and dot.com deep pockets.

Big government and Big Tech are in the same business, virtual voyeurism; the former driven by control, the latter driven by coin. Glen Greenwald put it best; defining the domestic threat as “the unholy trinity of the intelligence community, the corporate press, and Big Tech.”

When Uncle Sam next takes a knee facing East, American supplications should not stop just in Mecca, but continue on to Beijing where the future of an ominous global reset is being written by totalitarians and painted with bold red letters.

Davos voyeurs may poach your mail and pick your pocket today, but tomorrow they will still be unable to read the handwriting on the Great Wall.

PrevLia Thomas and the ‘Authentic Self’
Welcome to Whitechapel: Happy Bangladesh Independence DayNext