Roe v. Wade and the Rule of Precedent 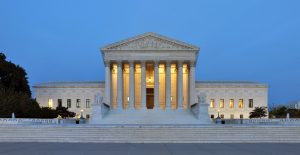 Stay as sweet as you are, don’t let a thing ever change you, don’t let a soul rearrange you.  But there’s a change in the weather, they’ll be some changes made, the old things are not suited for me.

A central principle in the U.S. legal system, particularly in determining the constitutionality of federal and state actions is based on Stare Decisis, let the decision stand. Prior decisions are to be followed when deciding a case with similar facts. This allows the legal system to operate on the basis of equity and justice in a stable, uniform, consistent, and predictable manner. Courts in general follow previous cases when ruling on a similar case and incorporate previous judicial decisions in future cases. However, in deciding controversial issues, the Supreme Court, SC, may have to decide whether to follow rules stemming from previous court decisions or to overrule them.

The SC may not adhere to precedent if it considers it rests on incorrect reasoning, unworkable standards, outdated legal doctrines, or wrong information. One problem is that overturning cases injects at least ambiguity in decision making, and at an extreme may tend to undermine the rule of law.

The legal problem for the SC was stated by Justice Louis Brandeis in a dissent in 1932 in Burnet v. Coronado Oil and Gas Co.  He said that Stare Decisis, SD, is “not a universal, inexorable command, but it is usually the wise policy because in most matters it is more important   that the applicable rule of law be settled than it be settled right.” Brandeis in a sense transformed SD from a common maxim to Supreme Court doctrine. The SC will adhere to Stare Decisis unless there is a “specific justification,” to overrule precedent. However, some members of SC view SD as a discretionary “principle of policy,” to be considered and balanced in relation to the prior decision.

From time to time the Court has overturned precedents when it thought they were no longer viable. A number of reasons have been suggested, of which six may be mentioned. There may be differences over the quality of the reasoning in past decisions; the rules may be too difficult to apply and are therefore not workable; the reasoning of the precedent may not be consistent with later decisions; there have been legal developments since the previous decision; changes have taken place    in society as well as in the legal system; overruling a precedent may damage individuals or companies, or society as a whole. The SC has not provided an exhaustive list of factors it uses to determine whether to overrule a precedent or how it should consider them.  Much, of course, depends on the views of the individual members of SC and especially on the Chief Justice.

It is an axiom that decision making in the SC should be free from political or other extraneous influence, yet it is noticeable, if arguable, that in recent years the SC has become increasingly partisan as it deals with partisan issues, abortion, guns, immigration, affirmative action, religious freedom, sexuality.

The initial issue is that a decision to rely on precedent or overrule may be, and often is, highly controversial, politically as well as legally.  A simple recent example was the situation with the decision in January 2010, the case of Citizens United v. FEC on whether government could restrict independent campaign expenditures, by corporations or labor unions or others, or whether such restrictions were a violation of free speech.  The SC, 5-4, overturned the existing law holding that the original opinion was badly argued. It held that the free speech clause of the 1st amendment prohibits the government from limiting independent expenditures on political campaigns. One question that remains, however, is whether this ruling threatened to undermine the integrity of elected institutions by equating donations with free speech.

Problems arise when existing laws are overturned: uncertainty of whether related laws till stand; loss of public confidence in the SC as an institution, especially when decisions are close like 5-4; and if decisions are controversial and have strong political impact.  The forthcoming decision in Dobbs v. Jackson Women’s Health Organization, which has the potential of overturning Roe v. Wade is likely to be a divisive ruling.

Two of the most famous SC reversals of precedents are of course Dred Scott v. Sandford, 1857, and Brown v.  Board of Education of Topeka, May 1954.

Dred Scott was a 6-3 decision that declared that people of African descent could not be U.S. citizens and had no right to the rights and privileges guaranteed by the U.S. Constitution.

The decision was overturned by reference to the 13th and 14th amendments, which banned slavery in the U.S., and affirmed that no person could be deprived of life, liberty and property  without due process of law. Brown , 7-1, overturned the “separate but equal” doctrine introduced by Plessy v. Ferguson, 1896.

These cases raise two questions that continue to plague the SC:  should the Court make decisions that may be better left to Congress; and to what extent should sociological evidence about the consequences caused by the particular law or change be used in court?

Differences of opinion appear in less known decisions, such as in Franchise Tax Board of California v. Hyatt, May 2019, with the issue of whether a state can be sued in the court of another state. A closely divided SC, 5-4, overruled a 40-year precedent, Nevada v. Hall, 1979.    Justice Clarence Thomas, writing for the majority, cited other SC cases stating   that “stare decisis is not an inexorable command.” in dissent, Justice Stephen Breyer held that and earlier case might be overruled  if it is no longer workable  or part of an abandoned  legal doctrine,  but this was not present in this case, and warned that “to overrule a sound decision like Hall is to cause the public to become   increasingly uncertain about which cases the court will overrule and which cases are to stay.”

In his statement Breyer referred to the 1992 ruling in Planned Parenthood v. Casey, that reaffirmed the right to abortion that the SC declared in Roe in 1973 which held 7-2 that the Constitution protects a woman’s liberty to choose to have an abortion without excessive    government restriction. The decision struck down both federal and state abortion laws on two grounds:  the due process clause of the 14th Amendment that provides a right to privacy, that incudes decisions on abortion; and on the 9th Amendment ‘s reservation of rights to the people.  Specifically, Roe introduced a new right, not explicitly stated in the Constitution, the right to privacy. However, the SC also ruled the right is not absolute, and must be balanced against the government interests in protecting  health of all concerned.

The decision was upheld in 1991 in Planned Parenthood v. Casey, overruling part of a previous case that the SC considered inconsistent with Roe, affirmed the right of women to control their bodies and terminate pregnancies in some circumstances.

The issue has become central and even more controversial for three reasons: the change in the composition of the SC because of the death of Ruth Bader Ginsberg; because of the SC decision in September 1, 2021, 5-4, not challenging the Texas law, Heartbeat Act 2021, outlawing abortions after six weeks; and because Texas argues it never repealed its statutes that were enacted before Roe.

In recent years the SC has been more willing to reject precedents thought to be badly reasoned or contrary to the intentions of the framers of the Constitution. Is the SC likely to overturn Roe?

It is difficult to predict, and strong reasons should exist before overturning cases. Will the Court provide an exhaustive list to factors to overturn a precedent?  Much of the uncertainty depends on the judicial philosophy of member of the Court.

Ambiguity remains. Justice Samuel Alito testified that SD is not an inexorable command, but there is strong assumption that courts will follow prior precedents. Similarly, Chief Justice John Roberts argued that judges must be bound by rules and precedents, which will promote evenhandedness, predictability, and stability, and integrity in the law.  But, he held, it is sometimes necessary in “exceptional circumstances” for judges to overturn precedents when a previous decision has become “unworkable.”

Will the forthcoming case concerning Roe be seem as one of “exceptional circumstances” or one based on a sound judicial philosophy? Or will it reflect the critical view that the Court is merely an extension of the political arm of the power that put its members in power?