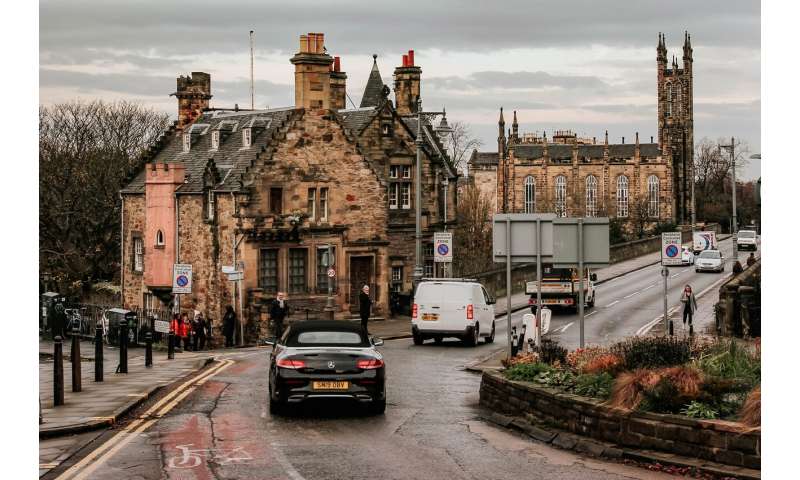 It is rarely, said Hume in his essay on the freedom of the press, that we lose our liberty all at once. A kind of nibbling process accustoms us to our loss, so that, before long, we do not even remember any more what we have lost. I was reminded recently of this process in a surprising location, namely a book in French about the evils of reinforced concrete, titled Béton, by Anselm Jappe, a German professor of philosophy teaching in France.

He mentions that in 1962 some radical philosophers suggested that it might be a good thing one day to hunt down and hang the architects. (The author also mentions that Disraeli hinted at the same thing in his novel, Tancred, even before the architects really got going on their crusade to uglify the world and make it uniformly horrible.)  Professor Jappe adds in lapidary fashion, ‘Today, one could not say this – it would be taken as an apology for violence!’

Thus literal-mindedness is the enemy of freedom of expression, and represents also a disturbing loss of mental sophistication. But in any case, attachment to freedom of expression as an ideal seems to have lost much of its salience in the western world, having been replaced as a desideratum by that of virtue, moreover virtue of a peculiar but easily achievable kind, not that of acting well, but that of thinking and expressing the right thoughts. The certifiably right thoughts, which can change in an instant, are those that are in conformity with the moral enthusiasms of the moment.

The loss of freedom of expression as a political value is clearly exhibited in the official documents about the Scottish government’s proposed Hate Crime and Public Disorder Bill. ‘Hate has no place in Scotland’, claims one of these documents, as if not merely the control of illegal emotional behaviour but the control of emotion itself were the business of a government. Perhaps one day the Scottish government will propose not a Two Minute Hate, as in Nineteen Eighty-Four, but a Two Minute Love, when citizens will be required to express, in unison and in public, their love for someone or something formerly despised.

Come back Queen Elizabeth I, who famously said that ‘I have no desire to make windows into men’s souls’! What a retrogression in understanding do we now suffer!

The government minister in charge of the legislation, Houmza Yousef, said that he would consider outlawing behaviour that expressed antipathy, dislike, ridicule or insult – but of course, only of certain protected groups. The rich, for example, would not be a protected group, even though hatred of the rich probably was at the root of more mass killing than practically any other hatred in the 20th century. There is even an economic interpretation of the genocide of the Tutsis by the Hutu in Rwanda in 1994: and certainly there is documentary evidence that the killers often rejoiced in the appropriation of their comparatively prosperous neighbours’ economic assets, even if they were not impelled to kill at the outset by the conscious desire for loot.

Antipathy, dislike, ridicule, and insult are, of course, normal phenomena of human expression, and furthermore are often justified. Without them expressions of more favourable attitudes would probably not be possible either, for they would mean nothing without the possibility of expression of their opposites. Even to contemplate outlawing such normal human reactions displays an alarmingly totalitarian mindset, all the more so in combination with the Scottish government’s desire that people should report so-called hate crime to the police. Nazi Germany and Soviet Russia seem to be its models.

In publishing his proposals, the Scottish government minister said that ‘confronting hate crime is central to building the safer, stronger and inclusive Scotland that we all want to see – free from hatred, prejudice, discrimination and bigotry.’ Quite apart from my aversion to people who want to ‘build’ nations anew that are already ancient, what is noticeable in Mr Yousef’s list of desiderata is the complete absence of any mention of freedom, except the implied freedom of the state to repress or punish opinions of which it does not approve or permit, even in the privacy of the home. It would not be an exaggeration to say that what Scotland is ‘building’ is a totalitarian edifice. It is all the more depressing that it is doing so with the support and approval of much of the population: an example of totalitarian democracy at work.

Further to prove this, one can cite the list of ‘impact assessments’ that the Scottish government made of its proposed bill beforehand, namely its impact on:

There is not a single word on the most obvious and important possible impact, at least if a free society is desired, namely that on freedom of expression.

Trying to eliminate antipathy, dislike, ridicule, and insult from the human heart and mind is a task to make that of Sisyphus seem like an afternoon stroll: precisely the type of task that authoritarian governments love, for it gives them the locus standi to interfere ever more intimately with the lives of their subjects. Hatred is hydra-headed, the task is never done, it grows with its very elimination, or rather the attempts by government at its elimination. Failure is the greatest success, since it requires ever more of the same, namely control over society.

It is perhaps wrong, or lazy, to call what is happening in Scotland incipient fascism; not everything is a reprise of the past, and the new or the current is sometimes sui generis. But the category of totalitarianism is sufficiently broad to capture the new Scottish reality – which is only marginally worse, incidentally, than that in other countries that have also lost their taste for freedom and whose culture now runs in the direction of tyranny.

PrevCapitol riot spells the end for Trump with the Republicans. But he’s still a hero to many, so why not start a party of his own?
Reading terror attacker handed whole life sentence as judge dismisses mental illness defenceNext