Should Free Speech be Limited? 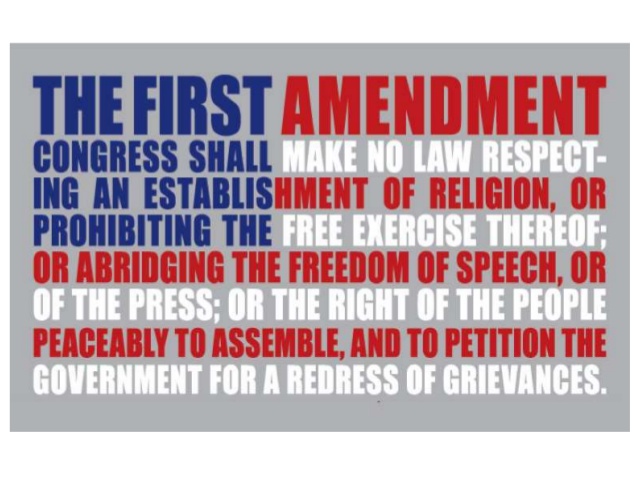 On February 5, 2019 the U.S. Senate passed legislation, “Strengthening America’s Security in the Middle East,” S1, by a vote of 77-23. The legislation includes two bills concerning Israel: one reauthorizes the ten-year Memorandum of Understanding, between U.S. and Israel, of 2016, that provides for $3.3 billion a year for ten years; the other, more controversial, empowers state and local government to counter the BDS movement against Israel by preventing contractors from advocating sanctions and a boycott against Israel. It is not applicable to individuals or restrictions of free speech.  But based on Congressional authority to regulate interstate commerce, it deals with businesses engaged in discriminatory commercial or investment related conduct concerning Israel.

The bill which was delayed by filibustering and turned down three times will now go to the House of Representatives where its fate is uncertain. Though the bill is supposedly bipartisan, the differences between the two parties are plain. The legislation was sponsored by Senator Mario Rubio (R-Flo) who argued that its linchpin was helping Israel defend itself.  It was supported by the whole Republican members, except Rand Paul, but the Democratic party was split.

It is evident there are anti-Israel elements in Congress, reinforced now by Rep. Rashida Tlaib (D-Mich), the first Palestinian-American woman in Congress, who promised her supporters her policy regarding President Donald Trump, “we’re gonna impeach the mother…f…r,”  and Rep. Ilhan Omar (D-Minn), Muslim Somali-American. What is significant and disturbing is that all the Democratic announced and possible presidential candidates, Cory Booker, Kirstein Gillibrand, Kamala Harris, Bernie Sanders, and Elizabeth Warren voted against the legislation.

Already 26 states have adopted anti-BDS measures and the principle has been affirmed by courts in Arkansas, though U.S. judges in Kansas and Arizona have struck down laws of this kind in 2018. However, the laws or executive action in those 26 states ban state entities from investing in companies that participate in BDS, and also prevent pension funds divesting entities boycotting Israel or its settlements, or can prohibit public agencies from business with pro BDS bodies. By the supremacy clause of the Constitution, it is clear that federal law takes precedence over state law. The new bill protects states that have imposed restrictions on BDS.

The dilemma in American politics is stark and is twofold. Undeniably, BDS is aimed at harming Israel, and often, implicitly or explicitly, at eliminating the State of Israel. The U.S. has often declared its policy to defend its close ally in the Middle East from hostility. Yet, opponents of restraints on BDS activity argue that American citizens are prevented for engaging in peaceful protest as permitted by the First, 1st, Amendment of the Constitution.

The other issue that has grown in magnitude is the partisan division over Israel, with opposition to protection of Israel increasing rapidly among members of the Democratic party.

This opposition or lack of genuine concern for the safety of Israel has been exhibited in recent weeks. Cory Booker, (Dem-NJ) once a supporter of the legislation to control BDS but who changed his position, has explained there are ways to combat BDS without compromising free speech and this Senate bill as it currently stands plainly misses the mark. The main argument, specious or not, of Booker and the other opposers is based on the proposition that the legislation was unconstitutional, contrary to the rights of free speech as guaranted by the First Amendment of the Constitution. This right protects political protestors using the boycott as a form of political power.

The argument can be challenged on two grounds, historically and legally. The call to action based on boycott is not akin, as some have asserted, to the Boston Tea party of December 1773 whose anger at Britain for imposing “taxation without representation” led to dumping British tea into the harbor, an act of defiance that led to the revolutionary war of 1775. Britons answer that the American action ignored the fact that the British taxes on tea and other commodities were fair compensation for much of the debt incurred fighting wars on behalf of the colonists. The fundamental difference between Boston and today is the reality that the real goal of BDS is not simply to protest but to end the Jewish State.

The ACLU, through its Senior Legislative Counsel, issued a statement on January 5, 2019 that it takes no position on a campaign to boycott Israel or any other foreign country, but it has long defended the right to participate in political boycotts, which are protected by the First Amendment. Indeed, it has done so in Supreme Court cases regarding the argument on free speech. Here Congress should exercise caution because the question of free speech has not been categorically decided by the Court.

Some cases may illustrate this.  In the case of NAACP v. Claiborne Hardware the Supreme Court in December 1982 held that the First Amendment protected a NCAAP organized boycott of white owned businesses in Mississippi to protest ongoing radical segregation and inequality. By vote of 8-0 it held that states could not prohibit peaceful advocacy of a politically motivated boycott. However, in Holder v. Humanitarian Law Project decided in June 2010, the Court held 6-3 on a case of the U.S. prohibition  providing material support or resources to foreign terrorist organizations. Congress had intended to prevent aid to such groups that could legitimize the terrorist organization.

For some years the maxim from the case of Schenck v. U.S. 1919, concerning the Espionage Act 1917 dominated opinions. Justice Oliver Wendel Holmes for the Court expounded the view that speech could be punished if the words used “create a clear and present danger,” that they bring about the substantive evils that Congress has a right to prevent.

The question remains, under what circumstances can limits be put on First Amendments of freedom of speech, press, or assembly.   It was raised again in the case of Brandenburg v. Ohio 1969 that overturned an Ohio statute, that prohibited the advocacy of violence, that permitted conviction of a Ku Klux Klan leader. The Court held that government cannot punish inflammatory speech unless that speech will incite or produce imminent lawless action, and is likely to do so.

The essential question needs to be answered.  The House of Representatives must take seriously its examination of the concept of free speech, and not use it as a political tool in negligent opposition. That would be a clear and present danger for the health of American politics.