Society Without a Chest 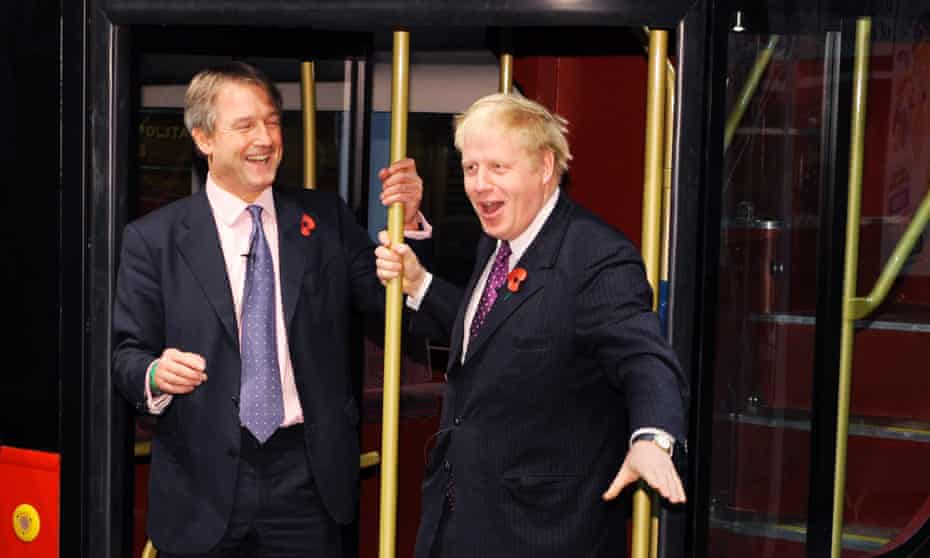 That power corrupts is an adage known by all—though how far it is the corrupt in the first place who seek power is an open question. Does the opportunity make the crook, or does the crook make the opportunity? Until a double-blind trial in real life conditions be performed, there is probably no definitive answer to this question; and such a trial will never be performed until the powerful are chosen at random.

The possession and exercise of power not only corrupts: more fundamentally, it addles the judgment. Sooner or later, the powerful, perhaps believing themselves immune from the normal constraints of human existence, take decisions that almost everyone of merely average capacity can see are mistaken or worse than mistaken. The powerful cease to be able even to act in their own self-interest.

In Britain, a Member of Parliament called Owen Paterson was found to have lobbied on behalf of companies from which he received $130,000, in defiance of the rules against such conduct. (One of the companies was subsequently granted contracts, worth hundreds of millions, without even going through a tendering process.) Mr. Paterson was suspended from Parliament, but the Prime Minister, Boris Johnson, intervened to try to prevent this sanction against his supporter and former colleague.

Personal loyalty is an admirable quality, but in a case such as this should have been confined to the private sphere of life. Probity should trump loyalty. Instead, Mr. Johnson sought to save Mr. Paterson’s political career by attempting to change retrospectively the rules which this Member of Parliament had breached, with spurious claims that they were unfair. Mr. Johnson succeeded in getting a motion through parliament to this effect, though about a third of his own Members of Parliament either abstained in the vote or voted against the motion. The outcry in the press and elsewhere was so great that he was forced to back-pedal, and Mr. Paterson duly resigned, thus avoiding the ignominy of suspension. This left Mr. Johnson looking not only corrupt, but weak and foolish or even stupid. He had recently been giving the world lessons in ethical environmental politics at the conference in Glasgow, and now he was revealed as a fierce defender of a crude form of corruption.

A week is a long time in politics, Harold Wilson said, and just as long in the public memory. Far greater events than this are soon forgotten; whole wars or catastrophes fade into oblivion within weeks or months and it has long been the case that the media obsess over events for a time and then speak of them no more when something else catches their attention.

Nevertheless, some residue or sediment of an affair such as that of Owen Paterson will remain. Not all Mr. Johnson’s famous bonhomie will efface the impression that he is corrupt, or at least the firm friend of corruption. He will never be able to pose as an honest man for fear of the subject coming up again and being used against him. And his judgment, even in small matters, was already highly questionable. Having taken conspicuously luxurious holidays at rich friends’ expense (in return for what favours? the average citizen is bound to ask), he also claimed that he could not “manage” on his Prime Ministerial salary, which is beyond the wildest dreams of 99 per cent of the population. Even if it were true that, thanks to his philoprogenitive propensities and other expensive tastes, he could not manage, one might have thought that elementary self-interest or an instinct for self-preservation, or even common decency, would have prevented him from saying so. Perhaps he counted on the weakness of his opposition to preserve him from the consequences of saying the first thing that came into his head, but this is not wise in a system in which people are apt to think that any alternative must be preferable to the dissatisfactions that they already endure. It is but a short step from a reputation for devilry to a reputation for being a devil.

However, our politicians do not emerge by spontaneous generation, like Venus emerging from the sea. They both shape and are shaped by the society in which they live, with which they have a relationship that I cannot but describe as dialectical. You cannot expect them to have virtues that are otherwise absent, or at any rate uncommon, in their society; and in the case of probity, once it starts to decline even as an ideal, its decline accelerates.

It is probably impossible to measure the prevalence of probity in any society, but my impression is that, with the creeping, or galloping, bureaucratisation of everything, it has declined markedly in my country within my lifetime. Bureaucracy calls forth euphemism, evasion, and lying as a magnesium sulphate cataplasm draws forth pus from an abscess. The ever-increasing pretence of measurement, combined with the promotion of abstract political or social orthodoxies, leads to cynicism and the devaluation of personal probity.

I first thought about this problem when the government instituted compulsory annual appraisals of doctors, which were largely pro forma. As one might expect from any governmentally-mandated procedure, much of the appraisal had very little connection with any real practical quality or outcome. A doctor was interviewed by another doctor who asked certain questions laid down in advance. (The appraisal of doctors soon became a profession in itself, often higher paid, and always easier, than medical work itself.)

One of the questions asked was, “Do you have any concerns about your probity?” When I was first asked this, I could hardly believe my ears.

“The first is, what kind of person would answer such a question?”

“What kind of person would ask it?”

He laughed, and said, “Oh, yes, I know, but just answer it so that we get this over with.”

In other words, he was asking, and I was answering, a question merely to fulfil a demand laid down for us as a condition of our employment, though we both knew that the demand was itself absurd—except if it were intended to destroy our probity, the very subject of the question, in which case it had been brilliantly designed. It destroyed, or undermined, two professional people’s sense of probity at a stroke.

Meaningless procedures are therefore, paradoxically, not meaningless. They have metastasized through our lives, so that each of us should feel sullied by them. They destroy our locus standi to distinguish between honesty and its opposite, the licit and the illicit, for they leave no one clean or innocent of grubby compromise. If we lack probity, how can we expect our rulers to have it?