Swimming Always Against the Tide 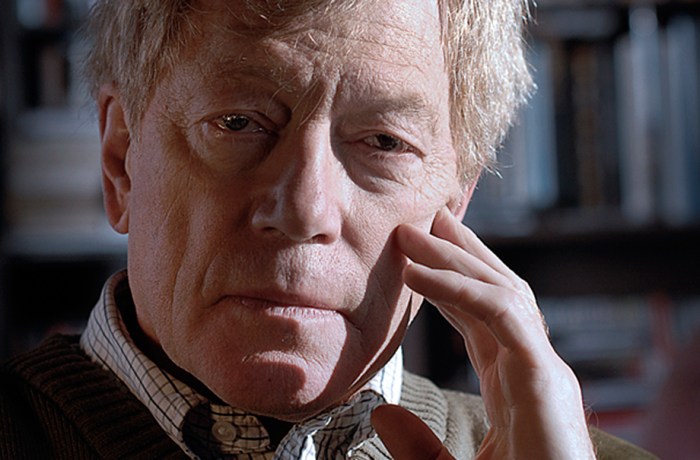 Sir Roger Scruton, the British conservative philosopher who was preeminent for nearly half a century, died on January 12, after an illness that he had borne for six months. He was 75.

He showed great moral courage throughout his career, swimming against the intellectual tide of his time regardless of the deprecation, insult, denunciation, and even hatred directed at him. For a long time, his very name among much of the British intelligentsia was a byword for political atavism or evil, as if he had been a radical advocate of tyranny and pogroms rather than a defender of freedom and civilized values. At the time of his coming to public notice, much of the intelligentsia refused to believe that a highly gifted and knowledgeable man could also be a conservative. Their own rejection of all that was traditional seemed so self-evidently right to them that they thought that the only possible explanation for someone who valued tradition was obtuseness, moral turpitude—or both.

Scruton’s work was so broad-ranging that the term Renaissance Man seems hardly inappropriate. He published books on Kant and Spinoza, on Wagner’s Tristan and Isolde, on the aesthetics of music and architecture, on animal rights, on wine, on hunting, on the importance of culture, on the nature of God, on man’s relations with animals, and on many other subjects. He wrote novels and short stories of distinction, and two operas. The words of Dr. Johnson’s epitaph for Oliver Goldsmith come to mind: he left scarcely any style of writing untouched, and touched nothing that he did not adorn.

This is not to say that many people, or indeed anyone, would agree with all that he wrote, scarcely to be expected in view of his immense output. He accepted disagreement with equanimity, as the natural and laudable condition and consequence of freedom. Unlike many of his detractors, who affixed labels to him and then believed in their veracity, he was fair-minded to those with whom he disagreed and whose ideas he believed had had a disastrous effect on Western society. In the two editions of his book about thinkers of the New Left, for example, he praised them generously for whatever he considered praiseworthy in them. He paid them the honor of reading their work with attention, trying hard to decipher what it meant (by no means easy, given their frequent resort to high-sounding, multisyllabic verbiage), and refuting what was sufficiently intelligible to be refutable.

Contrary to what his detractors supposed, his reaction to the writers he criticized was far from the result of blind prejudice, ideology, or preconceived ideas. Sartre, for example, was—for his earlier work—Scruton’s hero. Sartre had then the ability seamlessly to combine observation and experience of life with subtle metaphysical thought, very much contrary to the kind of philosophical training that Scruton received at Cambridge, where application of philosophy to life as it is lived was regarded almost as vulgar but which had the compensating advantage of precision and rigor. It was only the later Sartre, an apologist for tyranny and mass murder, whom Scruton reprehended. In other words, he made the necessary distinctions.

Scruton was much in favor of Brexit but was far from a small-minded isolationist. He regarded France, and Paris in particular, as his second, and perhaps as his spiritual, home. His experience of the events there in 1968, however, was formative, and the memory of these events remained a warning to him for the rest of his days. Unlike most young intellectuals, he was appalled, not exhilarated, by the events of May 1968. He saw them as the willful destruction of a beautiful civilization by the spoiled beneficiaries of that very civilization and as a rejection of refinement in favour of crudity. He sided with the preservers rather than with the destroyers. The fragility of our cultural inheritance was clear to him.

He was revered in several Eastern European countries where, with others, and at some risk to himself, he helped keep alive the hopes of dissident intellectuals. He ran clandestine philosophical seminars in several countries. It was a matter of disappointment to him that young British people were so cut off from any historical knowledge and so lacking in powers of imagination that they had no conception of what life in a totalitarian system could be like. This is important because all judgment, including of one’s present situation or predicament, is comparative, and without an awareness of just how terrible things can be, one can easily, and frivolously, start down the primrose path to perdition.

In his last and moving article in The Spectator, indeed in the last paragraph he published in his lifetime, he stressed the importance of gratitude for what one has been fortunate enough to inherit. Take nothing for granted, preserve what is worth preserving, understand the fragility of things, remember debts to the past as well as to the future, take delight in the world. Such was the lasting message of this exceptionally gifted man.

To me he was always kind and encouraging. Much more important, he was an exceptionally good father to his children.

PrevNew English Review Interview cited in Republic of Georgia TV Investigative report on PM Iran Connections.
Not All Palestinians Were Sad to See the Last of Qassem SoleimaniNext