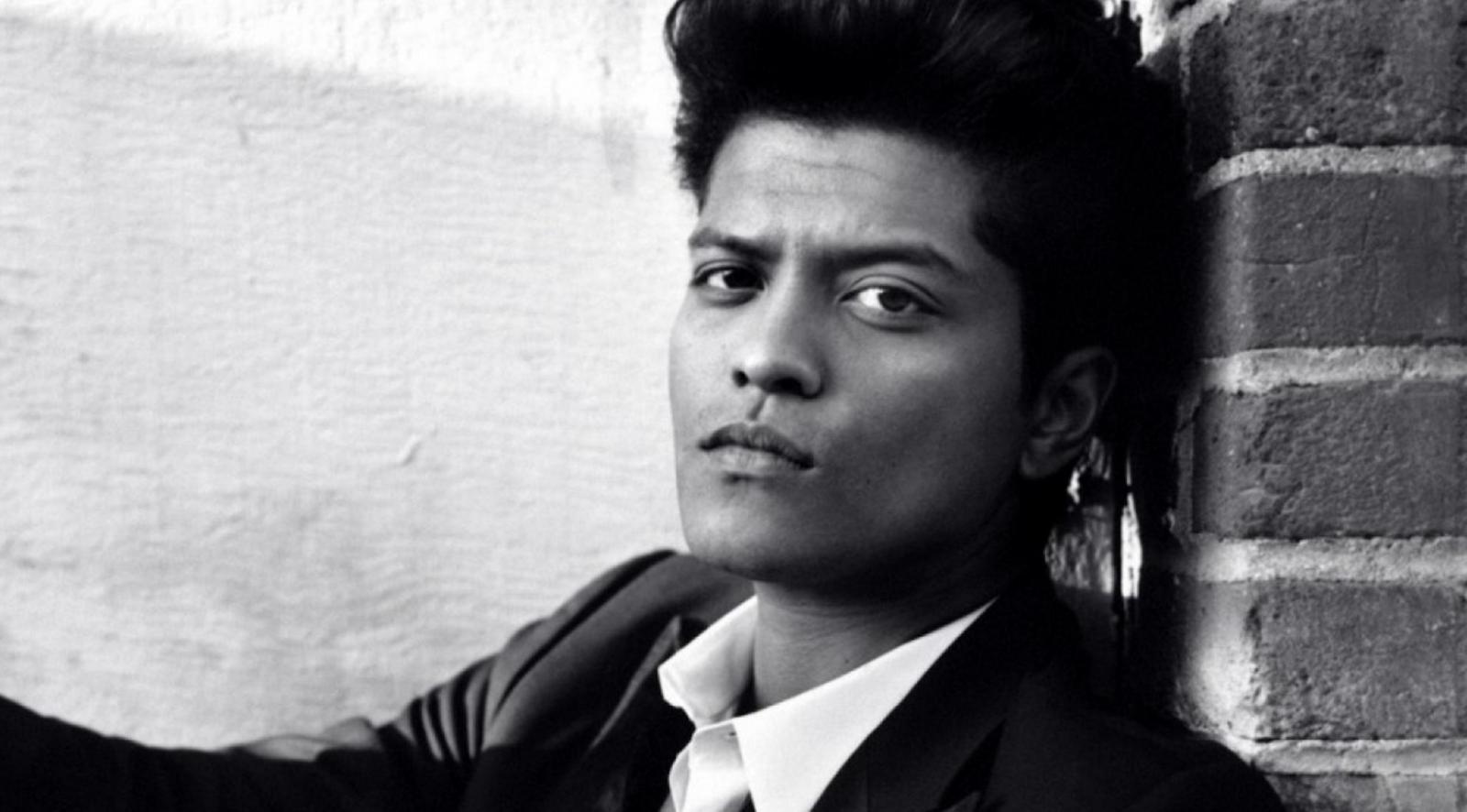 On March 8, 2021, the National Post reported that pop star Bruno Mars was being attacked for “cultural appropriation” of black culture and music because he’s neither African, nor African American by descent.

This is just one more example of a growing chorus of cultural outrage from the left and from the fellow travelers of Black Lives Matter who would like to racialize all discussion of the arts in terms of identity politics (and make themselves the arbiters of what can and can’t be heard—a musical version of “cancel culture”).

As someone trained in the field of ethnomusicology and who spent some years in Africa recording and studying traditional African music (and who was adopted by an African tribe because I learnt to sing their songs), I thought it may be time to explore this matter deeper.

Until the early 20th century, educated public opinion in the United States held that despite the undoubted musicality of both enslaved and free African Americans, it was believed that they were only able to create worthwhile music in imitation of Western forms such as ballads, hymns, dance tunes, marching tunes, or classical music.

Only with the rise of anthropology and ethnomusicology in the early 20th century did scholars begin to look more carefully at this assumption and thus was born the debate over musical and cultural “Africanisms,” those musical, dance, and other cultural traits that African Americans brought with them from their diverse African homelands to their places of enslavement in the New World, including the Caribbean and much of South America, in particular Brazil.

While simultaneously studying the traditional music of the Americas and that of Sub-Saharan Africa it became possible for modern musicologists to contrast and compare field recordings from a wide swathe of Africa with music drawn from American African communities, as well as with hybrid popular forms such as jazz and big band swing.

The conclusion was and is that there’s a Pan-African Sub-Saharan style of musical performance, and that many of the features of this style have continued in the various musical and dance traditions of African American communities from Brazil to Canada. There are a number of ways of describing this style, but the easiest to comprehend is that list of musical features set out by the late great and very liberal ethnomusicologist Bruno Nettl.

Nettl described the African and African American performance style in the following way:

For those who have ever seen an artist such as James Brown and his musicians and dancers perform, these 10 traits do rather well in eliciting his essential musical performance style. And so, these comprise the essence of the African American style that we see reflected in various ways in blues, jazz, gospel, soul, rhythm and blues. At the same time one must take into consideration that musical genres are not stable categories, but mingle and melt and get recreated over time.

Can we use these 10 categories to contrast the music of another group of people, such as the Scottish, English, and Irish who came to the new world with their Protestant hymns, ballads, and fiddle-accompanied dance music? Yes we can.

Among the elite who came we also we have the operatic and symphonic traditions of the larger European culture area as well as brass bands and marching groups like the old fife and drum. And among the folk we have and continue to have the sung ballad tradition. What are these styles like?

There’s another way of comparing music and that’s by using the 32 feature universal classificatory system worked out by Alan Lomax called Cantometrics.

Cantometrics classifies the world’s music into different styles or configurations. If you apply a generic Sub-Saharan to a generic Anglo-Celtic music configuration there would be both overlap and difference between the gestalt musical style of the “African” and “White” American (descendants of Anglo-Irish) music according to a Cantometric analysis—enough to call one white and the other black, to a degree.

So, what about the cultural appropriation of African American or black music? The central point made here is that although musical repertoires are real, they’re not stable and have very, very fuzzy boundaries that even the best of musicologists can’t define.

Styles, genres, and repertoires are both working and academic abstractions. Musicians are creative types and anything they encounter is grist for the mill. Musicians by definition like to break the rules, mix and match. If the former slaves of the Americas liked European orchestral instruments, when they could they would adopt and play them, especially after they got their freedom from slavery at the end of the Civil War.

Likewise, when poor whites heard the blues on the railway lines they would sing blues, too. Yes, even the descendants of Confederate soldiers. And then there’s the banjo, America’s only real indigenous instrument, based on a West African prototype (played by “Griots,” minstrels in Senegal and Mali) and made Western with the addition of frets and then played by both black and white Americans to this day.

The truth is that African Americans and their fellow citizens and former slave masters (before and after 1865) exchanged and shared both the content and style of their musics, giving rise to creative collisions between the African and Anglo American repertoires.

For example, there’s a lot of blues in county and western music, and there are and have been scores of African Americans who have sung the ballads of the Irish or the oratorios of Americans of German American origin. Then there’s gospel. In that mixed genre we must ask who appropriated what from whom?

The performance style of gospel is very African, but the words are mostly Biblical and Bible inspired, often from a Hebrew original, or from the Greek New Testament and its English translations, which have become the bedrock of the black church in the Americas.

If black Americans have “culturally appropriated” these European and Ancient Near Eastern lyrical forms, are they to be denied the Jewish lyrics of the Old Testament or the Greek-inspired lyrics of the New? Should the clearly European invented piano be denied black churches because it was invented by white men?

Should renowned African American trumpeter Wynton Marsalis give up playing European Baroque music because he self identifies as black? Should have the great African American balladeer Lead Belly given up singing popular ballads in the Anglo-Irish tradition such as “Irene, Goodnight,” which he made a hit song in his day?

Should African American Jimi Hendrix have not written songs and lyrics in the ballad tradition? Should he have passed on singing “All Along the Watchtower,” a Biblically inspired ballad by white Jewish American songwriter Bob Dylan (who can really play a good blues when he wants to)? The whole thing is absurd.

Should all those African American musicians at the start of jazz in New Orleans 120 years ago have given up on their European instruments such as the clarinet and piano because they came from “the white man?” Should all those Brazilian pop stars of African descent such as Baden Powell stop singing in Portuguese because it’s the language of the white man?

The truth of the matter is that music is a universal language and it has many interacting dialects. It has probably been around for more than 100,000 years. These languages became musical dialects as our ancestors populated all corners of the globe. These musical dialects have and continue to bounce off each other ever since. They have merged and created new forms, especially in the Americas.

The ancestral music of the Anglo-Irish descendants of America’s founders and that of its African American citizens are indeed distinctive, but only to a degree as explained above, and they’ve been bouncing off each other for more than 400 years.

What this interaction has given the world is a wealth of musical creativity that’s unstoppable and whose hybrids have dominated the pop music charts for more than 100 years. It is and always has been a two-way street, or even three-way street (including the hymns and classical music of the West, which came to America 400 years back). When that black/white hybrid genre big band swing came to Europe after World War I, it was embraced and imitated widely. There was Polish, German, and even today still a flourishing Azerbaijani big band jazz tradition.

Bruno Mars is a talented young man with a creative vision that captivates millions of young people around the world. He doesn’t care whether his music is black or white (to paraphrase Michael Jackson). He gets his music from wherever he wants. If Mozart were alive today, he would approve. So would Bach and Beethoven.

Cultural appropriation is a non category, a non word, and makes little sense musicologically. As that great African American father of rock and roll Chuck Berry once sang, is it time to “roll over” cultural appropriation, sing some ballads, and play some blues. Just remember to also “tell Tchaikovsky the news.”