The COVID School Report May Be Fauci’s Worst Legacy, and Ours 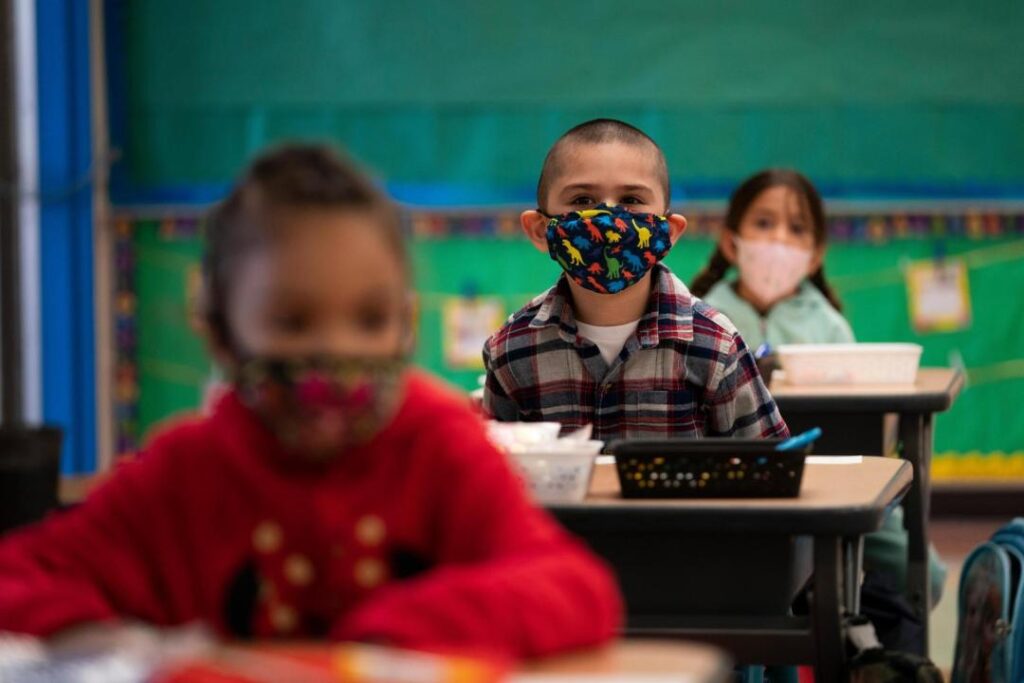 Though the results were blasted on the front page of The New York Times, the disastrous, worst-in-years test scores in reading and math from the COVID-19 period reported by the National Assessment of Educational Progress (NAEP) should surprise no one.

That they were even worse for the black population also should be no surprise, since parents in poorer communities can’t stay home to help their children deal with the diktats of the state, in this case, unconscionable school lockdowns for which there proved to be absolutely no rationale.

It’s just like the vaccines. No one has been able to verify that they do any good for children either, although they engender many risks, known and unknown, and far into the future.

The Centers for Disease Control and Prevention (CDC) doesn’t list COVID of any sort among its leading causes of death for those from 5 to 14 years old. They are accidents, cancer, and, also not surprisingly, suicide—more deaths by suicide than by COVID-19.

It’s hard to find out, probably because the exact number of children who died from the pandemic is deliberately obscured.

An article from March has the headline “Covid-19: US tracker overestimated deaths among children.” It lists the deaths for children up to the age of 17 at 900, suggesting that number may be inflated. That’s in a country of over 330 million. (For comparison, in 2020 alone, the CDC reported 91,799 deaths from drug overdoses.)

And yet, all children must be locked down, vaccinated, and masked up.

We live in an era of maximum child abuse, perpetrated by know-nothing politicians and ninth-rate government scientists, that our country will be living with long after most of us are dead.

They created a “Lost Generation” to rival the first one of World War I, actually bypassing it by a considerable amount since while 49.9 million students attend America’s public schools, only 4 million fought in WWI.

Think of what all those young kids who were forced to wear masks the moment they enter school, again for no proven reason, will be like as they grow up. If you imagine many will be psychologically dysfunctional, living depressed lives, you will probably be right. If you imagine many will be angry and act out, possibly violently, to themselves or others, there’s a good chance you will be right too.

Think of the emotional deprivation involved in what happened to them, the lack of true emotional learning (as opposed to the bogus “social-emotional learning” bandied about by self-described progressives) these kids are experiencing in their formative years while unable to see their peers’ expressions.

Nature abhors a vacuum and in this case, it was filled with destructive propaganda such as critical race theory—a construct designed to preserve racism, rather than fight it, driving people apart—and wildly premature sexual education teaching children that the solution to life’s problems would be to switch your sex.

Reading, writing, and arithmetic went by the wayside.

According to the NAEP study, the eighth grade math numbers are now so bad that students are increasingly unprepared for elementary algebra, not to mention anything beyond. They apparently can’t conceptualize. Think of the handicap they have been placed under in our high-tech world.

How did this all happen?

Of course, we can blame Dr. Anthony Fauci and his cohorts as well as Randi Weingarten and her teachers’ union that seemed to have little concern for their students, only for themselves, as they continually advocated lockdowns—and we should. In a just society (I know, I know.), they would be punished severely.

We can also blame the Chinese Communist Party (CCP) that perpetrated this (evidently with U.S. aid), the very inhumanity of gain-of-function research.

But something else is wrong that points directly back at our society as a whole.

We let it happen.

Normally, a healthy culture would work to put the children first. They are the future, as we all know.

We did the opposite, telling ourselves, as many did, that we did the right thing, shunting them aside as we shot them through with untested vaccines, masked them up, and, worst of all, kept them out of school, dumbing them down while keeping them isolated from each other.

How’s that for an “advanced society”?

Meanwhile, we wouldn’t let those same children see their grandparents on the grounds of protecting the older generation.

The healing we have to do is not just making the Faucis of the world and their CCP pals pay for their crimes.

We have to figure out how not to let this happen again.