The Failure of Liberalism and the Conservative Crisis of Faith

The crisis of conservatism is a crisis of faith stemming from the failure of classical liberalism and the resultant politicization of the economy. 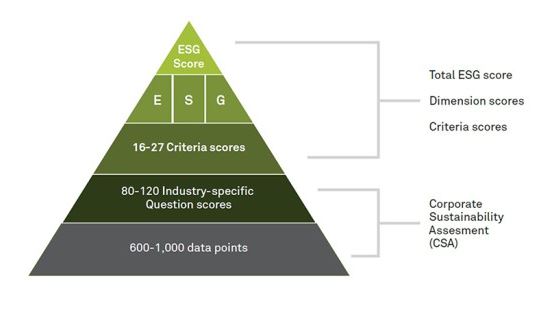 Hans-Hermann Hoppe noted regarding Francis Fukuyama’s 1992 book, The End of History and the Last Man, that “the end of history” did not mark the victory of laissez-faire capitalism over Communism and fascism but rather of social democracy over all three. The Big State and Big Capital had reached a final rapprochement. Their love embrace is now called “woke capitalism.”

The logical geopolitical extension of this détente was, of course, neoconservative neoliberalism: a “moderate” welfare state at home and a warfare state abroad—both intended to round up any remaining outliers and drag them, kicking and screaming if necessary, beneath the broad tent of social democracy. Since history was over, no other choice remained. Thus, 9/11, the wars that followed in Iraq and Afghanistan, the attack on Libya, and the multiple military adventures in Syria, Yemen, and elsewhere did not give the lie to Fukuyama’s thesis. Rather, the thesis provided a conceptual framework for understanding and justifying these events.

The proxy war with Russia has been justified under the same terms. The global West has arrived at the final answer, and every nation must come to the same conclusion, either by persuasion or force. I will go this far, and no further, with the Russian political philosopher, Aleksandr Dugin, in his assessment of the conflict.

The principally minimalist state that follows from classical liberalism has continued to grow, in the waning neocon heyday of post-9/11, into the maximalist state of social democracy, as exemplified recently by coronavirus politics and policies. This maximalist state has afforded regular surveillance of citizens, the work-to-welfare and bomb-to-work economy, and—as if convicting the citizens of the elite’s own crimes—the shaming of the plebeian Westerner, first for “Islamophobia” and then for “white supremacy.” This shaming lends force to the acceptance of immigrants displaced by military adventurism on the one hand and extended social-democratic outreach to indigenous populations and the Global South on the other. The shaming now covers all American history, a retrodiction that indicts “whites” for past sins and lingering “privilege.” When framed in terms of “privilege,” property rights are subject to revocation, and property can be justifiably redistributed to those lacking such “privilege.” Calls for “the abolition of whiteness” are claims against property holders and are mobilized to justify further redistributionist schemes and unfettered immigration.

Naturally, such neoliberal-neocon welfare and warfare policies and politics have given rise to resentment among those who not only do not benefit from the welfare-warfare state but also have to pay for it. These resentments, in a nutshell, explain the brief Trumpian interlude and the America First platform. The removal of Trump, meanwhile, can be explained in terms of the establishment’s resentment that anyone dared pose a challenge to their predestined supremacy. The clock was turned back to the day before history ended when Trump was elected. The relentless propaganda, official harassment, and electoral malfeasance waged against him were justified by belief in an inherent right to monopoly rule, both at home and abroad. One need not say anything more about it—except that history has not ended and that a recrudescence of such populist challenges remains a distinct possibility.

The crisis of conservatism is a crisis of faith stemming from the failure of classical liberalism. The crisis involves an ever-weakening belief in capitalism—that it generates wealth and that all threats to property, including those posed by social democracy, likewise threaten overall social welfare. I say this not as a capitalist apologist on the dole, as leftist critics are wont to suggest regarding such theories, but rather as a strict analyst. Social welfare only increases that which it putatively aims to eradicate: poverty, illness, homelessness, and so on. This is both logically deducible and empirically verifiable. Meanwhile, social welfare feeds state power and enables its warfare by placating those it disempowers, both the payers and the payees of the state’s pretended largesse.

The conservative crisis in faith can be written off, partly, as a breach of faith. The neoliberal neocons who smuggled themselves into the conservative movement are blameworthy. These ex-Trotskyites came to the conservative movement not to extol the virtues of the free market but rather to spread the gospel of social democracy, all the while benefiting military contractors and the statists beholden to those contractors. The history of this infiltration has been treated elsewhere. It is enough to say here that the influence of the infiltrators must be purged from conservatism in favor of the Old Right.

But the crisis has been exacerbated, of late, by the intimacy of Big Capital with the welfare-warfare state, most recently under a new arrangement that has been called “woke capitalism,” the nearly incomprehensible intersection of Big Capital and the Big State. It becomes almost impossible to extol the virtues of capitalism when the likes of Big Pharma, Big Tech, the legacy media, and legions of other major, supposedly for-profit corporations not only engage directly in the political sphere in a social-democratic direction but also have essentially become state apparatuses.

Woke capitalism is what happens when social democracy grows to such proportions as to make it nearly impossible to earn a profit without political approval.

The state functions of woke capitalism—of censorship, propagandizing, disinformation arbitration, etc.—are particularly clear in the case of Big Tech. Facebook’s suspension of its hate speech policy so as to allow for calls to assassinate Putin and members of the Russian military is a case of differential state censorship and propaganda, as is the company’s assumed cooperation in censoring coronavirus “misinformation,” which was to be flagged by the Biden administration’s proposed (and then “paused” after public outcry) Disinformation Governance Board, also dubbed the Ministry of Truth.

None of the major conservative talking heads are quite able to articulate just what is going on. Why, that is, has corporate America gone woke, and why do corporations serve as appendages of the state? What is in it for them? The pundits don’t say. They merely rail against woke cartel members.

In an economy that has increasingly morphed into political capitalism, satisfying shareholders becomes less important than ingratiating the government. Corporations seek to curry favor with the clique in power and thus have become organs of the Democratic Party and the federal government it now runs unilaterally. The fealty of corporations to wokeness, state dictates, and state narratives can be explained in terms of a fully politicized economy. Woke capitalism is what happens when social democracy grows to such proportions as to make it nearly impossible to earn a profit without political approval. Should his Twitter gambit become a done deal, Tesla CEO Elon Musk will learn much more about these requirements in the not-so-distant future.

But woke capitalism cannot be sufficiently explained in terms of placating coastal leftists, ingratiating left-liberal legislators, or avoiding the wrath of activists. Rather, as wokeness has seized corporations, and vice versa, it has become a demarcation device, a shibboleth for cartel members to identify and distinguish themselves from their non-woke competitors, who are to be starved of capital investments. Woke capitalism has become a monopoly game and not just Hasbro’s game of woke Monopoly.

Just as non-woke individuals are canceled from civic life, so too are non-woke companies canceled from the market, leaving the spoils to the woke. Corporate cancellations are not merely the result of political fallout. They are being institutionalized and carried out through the stock market. The Environmental, Social, and Governance (ESG) Index, for example, serves as a “Chinese-style” social-credit scoring system for rating corporations. Whether or not China actually has a social-credit scoring system is beside the point. Given its totalitarian predilections, “China” serves as a handy foil against which the West can favorably compare itself, at least for now. The common parlance of “at least we’re not in China” or “we’re becoming more like China every day” constitutes a smokescreen to deflect attention from the fact that a social-credit system is being implemented here, beginning with corporations.

Woke capitalism is now endemic to the international system. Woke planners like BlackRock CEO Larry Fink wield the ESG Index to reward the in-group and to squeeze non-woke players out of the market. Woke investment drives ownership and control of production away from the noncompliant while funding the compliant with money created out of thin air. The ESG Index serves as an admission ticket for entry into the woke cartel. When the world’s largest and most powerful asset manager and Fed consultant suggests that woke capitalism (or “stakeholder capitalism”) “is capitalism,” a crisis in confidence is inevitably the result.

Thus, the incestuous relationship between state and corporate power has muddied the waters. A newly enhanced “equity”-based corporatism makes it ever more difficult to discern just what can be salvaged and what should be thrown out. The full implementation of the Great Reset, however disastrous, may be necessary for telling the difference.

Meanwhile, the war in Ukraine pits a woke proxy against a recalcitrant and irredeemably “deplorable” Russia. Ukraine has been a staging area for decapitating the un-woke bear—to inflict regime change in Russia mirroring the one at home. The woke hegemon sees Trump and Putin as evil twins bent on thwarting woke imperialism. And the woke hegemon is apparently willing to risk nuclear war to achieve the eradication of the two men.

I do not invoke Hoppe (and by implication Murray Rothbard) to recommend anarcho-capitalism in our increasingly statist age. That would be utopian on its face. Rather, I recommend their ideas as a heuristic for challenging the conservative establishment. Anarcho-capitalism can be regarded as an asymptote that we should identify and approach, knowing full well that, for numerous reasons, it will never be reached. This object requires belief not in classical liberalism per se, which failed for a reason, but faith in private property and its defense as the only means for achieving maximal social welfare.

Principled opposition means working to dismantle the woke welfare-warfare state with confidence that its demolition would result in vast improvements in overall social welfare, not only in the U.S. but around the world. This must be the goal, regardless of the odds against its success. We have not yet reached the end of history, and we have no other choice. After all, wokeness may be a harbinger of eternal sleep.

At the same time, on the domestic front, the conservative establishment must push for decentralization with efforts to loosen the grip of federalism over the states. “Secede and decentralize” should become conservatism’s watchwords—although, again, the approach is asymptotic. In short, the conservative movement must become more libertarian, taking its cues from Hoppe and Rothbard, and from such fledgling political organizations as the Mises Caucus, the ascendant Ron Paul wing of the Libertarian Party. Anarcho-capitalism may be an unreachable goal, but it must remain the goal, nonetheless.