The Mystery of Thorne Smith 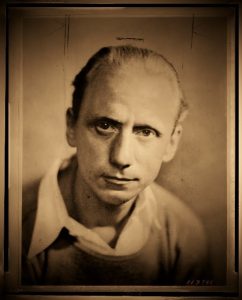 “They don’t strike me as being wicked because they can’t help it, but because they feel they should be. Seem to have an idea that they’re missing something unless they follow the mob.”
—Thorne Smith, The Night Life of the Gods

Who was Thorne Smith?

That is the mystery. Compared to other American writers, both great and not so great, we really know next to nothing about him, which if one stops to think about it, is really odd, since he lived and worked in the United States during the 20th century and produced a number of very popular books, three of which were turned into films and later a TV series (Topper) starring Leo G. Carroll.

Yes, there is one website dedicated to him (“a work in process,” it states). And, yes, there is a thin book on Smith (actually half a book, the other half detailing his books and the films). But when one compares what information there has been gathered in both instances with the multi-volume biographical details of other famous writers, there is not as much as there should be.

Occasionally, whenever I come across a bookstore that sells only Spanish works, I find some good stage plays for sale, written on extremely cheap paper, little better than toilet paper, with frayed covers, printed somewhere in South America. The playwright’s name is unknown to me and I try to find some information about him, and find nothing. This is very common.

But the same thing happening in America? And not about some obscure writer from the late 1600s or 1700s, but a prolific writer from the 1930s. The abundant anecdotes that typically accompany and remembered of other writers—think Poe, Hemingway, Pound, Melville, Teasdale—are rare with Smith.

I once asked a well-educated septuagenarian if he had ever heard of Thorne Smith. He took a puff from his pipe and recalled that he remembered Smith was an alcoholic who would at times pawn his typewriter in order to buy a drink. That was all he could remember about the author.

Most of his books are original as to plot, something very rare. They are fantasy, risqué, hilarious, and very good, with sharp, cutting observations about men, women and life in general. There is a flavor of Oscar Wilde in them. As a rule, the single women in Smith’s books—unless there is a misunderstanding with the protagonists in which case, they become mad as hornets—are humorous, adventurous, quick witted, flirtatious and fun. The wives, on the other hand are dull, depressing, a burden to their men, feeling martyred while sucking the life blood of their husbands, who as a result, have become unimaginative bores, plodding along in life, as a result of being married (“they did not attempt to please their husbands while consistently endeavoring to crush them” –Topper). In Skin and Bones, the married protagonist’s name is Mr. Bland, which says it all.

Some of his novels are:

The Night Life the Gods tells what happens when a scientist discovers a power that turns statues into people. He applies it to a group of statues of Roman gods, and the uninhibited gang go out into the night to make up for centuries of lost time.

Skin and Bones describes what happens when a photographer who, in the process of perfecting X-ray film, turns himself into a living skeleton. Society reacts towards his transformation exactly as one would expect.

The Glorious Pool is a theme that has been touched upon by many other writers, including Hawthorne. In this instance, a man in his sixties and his not so young mistress are in his pool, when the statue of a nymph comes alive and changes the pool so that they become younger—and randier. Their faces are not the only thing that gets a lift. Then his wife enters the picture. Add to the mixture a bloodhound that cannot smell and a Japanese butler with perceptive observations and questionable linguistic skills.

Topper is Smith’s most famous novel. Cosmo Topper is a stuffed shirt, a middle-aged man who, on an uncharacteristic whim, buys a nifty car previously owned by a ribald young couple. Passing by where they died from a car crash, the spirits of the couple join him. The ghostly couple change Cosmo Topper’s outlook on life and his social circle to the point that he begins to actually enjoy life. What made this unique was that, for the first time, ghosts had personalities and were not just two dimensional, Gothic characters whose sole inclusion in books was to silently scare protagonists (needless to say that his idea caught on and has been worked to death). Topper was such a success that he followed it up with Topper Takes a Trip.

Incidentally, my first exposure to Smith was through the Topper TV series, which included a ghostly, alcoholic, St. Bernard dog.

Most of his novels start out as a romp, with Oscar Wilde-type observations along the way, but the humor, the frolic, become tempered towards the end when the characters become reflective and aware of both the shortness and the absurdity of life, so that the reader ends up feeling sad for them.

The above are some of Smith’s satirical books. They are best found in ebay and I urge the reader to become acquainted with a neglected, enjoyable, original writer.

Armando Simón is a retired forensic psychologist and author of Wichita Women, The Book of Many Books and Orlando Stories.