The Nature of the Chinese Threat 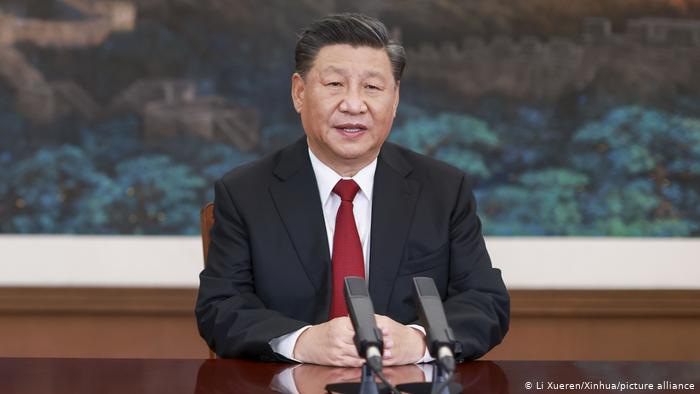 It is almost impossible to describe adequately how absurd the partisan abrasions of American politics appear after listening to Chinese President Xi Jinping’s virtual address earlier this week to the inevitable World Economic Forum at Davos. A more unlikely setting could not be imagined: Davos is a dingy, cold, little town inhabited by grumpy German Swiss with inferior hotels and restaurants and one of the few benefits of the coronavirus pandemic is that Davos is now virtual and the rigors of its Spartan, humorless, relentless globalism may be moderated somewhat by the comforts of home.

The industrious founder and head of the World Economic Forum, Klaus Schwab, is deservedly making a considerable fortune from his imaginative brainwave from some 50 years ago of inviting prominent people to address groups of other prominent people and pocket huge fees from the wealthy for the privilege of listening to and “networking” with other swells. He continually bootstrapped himself up decade after decade. I watched as foreign ministers gave way to prime ministers as delegation heads and the prime ministers to presidents. At my last attendance, about 20 years ago, I was astonished to see at Zürich airport, the nearest to Davos, Air Force One, and the official aircraft of the presidents of Russia, Brazil, France, and of the prime ministers of India, Canada, and a number of other important countries. I was invited because I was the head of a reasonably prominent newspaper company, and I must admit I conducted some useful business and met many interesting people there.

Klaus Schwab’s own remarks, however, including in introducing the Chinese president on Monday, remind us forcefully of what a mighty fraud globalism has become.

Acknowledging this takes nothing from Schwab’s achievement. And he is a perfectly agreeable and justly successful man. But the globalist message is to invoke a conjured planetary obligation to submit to arbitrary requirements of sustainability that are not based on any conclusive or even persuasive evidence of the ecological damage allegedly wrought by carbon emissions. The global order to which we must all strive, Klaus and all of his serried ranks of prominent speakers tell us, is a monochrome, implicitly anti-theistic, world-communal quest for the submergence of all nationalities, all civilizations more complex than folkloric trappings, all substantial variances in national and even personal standards of living, and with all power concentrated in the hands of an admittedly loquacious but undoubtedly authoritarian elite of international regulators and behavioral monitors.

It is a gradual and comparatively painless enactment of Aldous Huxley’s Brave New World and other fictional conjurations of human uniformity, though certainly not the totalitarian horror described by Orwell, Koestler, or Kafka. But it is no societal day at the beach either.

This joyless concept was brought to life by the tour de force of the Chinese president’s address. For 27 minutes he stared straight at the camera and teleprompter and inundated his vast audience in a gentle cascade of globalist homiletics. The nations of the world must not engage in “showing strong muscles and waving big sticks,” and all countries must devote themselves to “win-win multilateralism, open and inclusive societies and international organizations.” We must not try to “subject or intimidate or engage in isolation, estrangement or the dead-end of confrontation.”

China, moreover, would go to extraordinary lengths to achieve “cooperation,” and would abide altogether by the standards of international conduct of the United Nations. China recommended international economic cooperation of the utmost fairness through the G20. China will abide faithfully by its commitment to the Paris Climate Accord (in which it has not undertaken to do anything), and would achieve “carbon neutrality by 2060,” a ludicrously remote target.

Xi reserved his most fervent comments for what he called the “most pressing task,” before the world, containing the coronavirus. His entire presentation was earnest and convincing. In listening to him, one had to remind oneself that China tore up its agreement with the United Kingdom, one of the world’s great nations, and crushed Hong Kong; that it occupied and demographically overwhelmed and, culturally, practically eliminated Tibet; that it has dispatched hundreds of thousands of Uighurs, whose only known offense is to practice their religion, to what amount to concentration camps. On the day he spoke, China sent 12 warplanes into Taiwanese airspace. The People’s Republic generally confines its aggressions to territory where it has an historic claim, but bad faith and barbarity are no less odious for being in a contested jurisdiction.

To hear the Chinese leader on Monday, it would have been inconceivable that his government was persecuting tens of millions of Christians and practitioners of other religions, and that it was doing more damage on, as he put it, “the ecological front” than most other nations in the world combined. It would be inconceivable that a country led by such a righteous man could be engaged in the wholesale dumping of manufactured goods, the systematic abuse of WTO rules, extensive industrial espionage, technology extortion, and currency manipulation on an unheard of scale. And it would be particularly hard to believe that China had knowingly unleashed upon the world the coronavirus whose ravages the Chinese president so resoundingly lamented on Monday and promised to extirpate.

The suppression of accurate information about the coronavirus and the deliberate facilitation of its spread outside China could reasonably be described as a form of biological warfare. One can only salute the ultimate author of this policy for its imaginative conception and faultless execution as China has flattened the economy of the outside world while masquerading as a fellow victim. Needless to add, there was not the slightest hint that the Chinese government relentlessly monitors its entire vast population and mercilessly and silently eliminates critics and dissenters.

It is noteworthy that in the last few months the president of China has caused the wealthiest person in China, Jack Ma, simply to vanish without a trace while the wealthiest Americans have been instrumental in deposing the president of the United States. It is illustrative of the patience and worldliness of the Chinese leadership that unlike with previous totalitarian threats to the West, Nazi Germany and the Soviet Union, there is no hint of aggression or of superiority of race or political system, just a po-faced commitment to incontestable ideals and a pledge of altruistic and even fraternal national conduct.

Xi Jinping and his comrades are not a threat as Hitler and Stalin were. But they are a threat, and if the United States is once again to lead the Western world in ensuring the West’s survival and prosperity, it will have to set aside its present internecine political inanities such as impeaching a former president, and be fully as vigilant and innovatively protective of the Western interest as the statesmen who led us all through World War II and the Cold War.

The new administration’s candidates for senior foreign policy and national security positions have been reassuring in their appearances before senatorial committees in the last week. We must hope that they realize that Richard Nixon spoke nothing but the truth when he famously remarked that: “No power on earth can defeat or humiliate the United States, except the United States.”