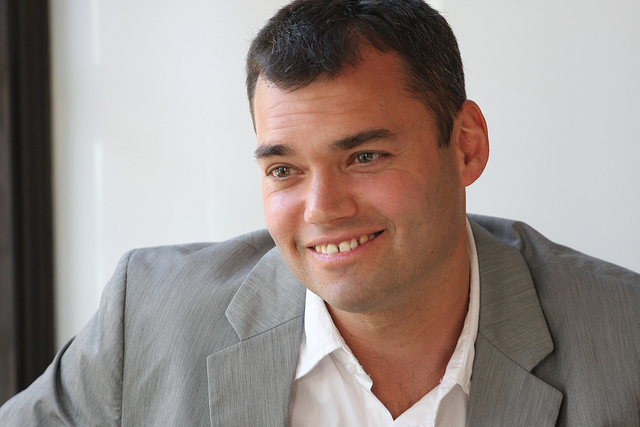 “Unfortunately, we have to reject many excellent essays and ideas,” the New York Times‘ “guest essay” submission form informs a hopeful author. Apparently, the paper is saturated with great submissions. So one cannot help wondering why is it that the very same authors appear in the “guest essay” section over and over again — pushing less-than-brilliant insights, at that. Is it more important to “have a hand” at the New York Times to get (repeatedly) published there, than to have something important to say, one wonders?

One such regular well-connected purveyor of New York Times’ intellectual dullness is Peter Beinart, “a professor of journalism and political science at the Newmark School of Journalism at the City University of New York.” His usual subject is bleeding-heart commentary on the plight of the “dispossessed” — like the Palestinians and their ilk. As is common among suchlike commentators, Professor Beinart’s pieces are heavily weighted with empathy for suffering, but are feather-light on the reasons that cause it. Heaven forbid making an unavoidable inference that the much-lamented suffering is self-inflicted!

His latest masterpiece of dullness, for which, undoubtedly, many am “excellent essays and ideas” by the rank-and-file readers have been sacrificed by the New York Times, is in the same vein. Titled “Biden Could Make the World Safer, but He’s Too Afraid of the Politics,” it bravely lambasts Biden’s political cowardliness revealed in his refusal to remove Iran’s Revolutionary Guards from American list of terrorist organization — a step that prevents Iran from graciously accepting America back into the fold of JCPOA — the Obama’s Iran “deal” that gave legitimacy to Iranian nuclear project in exchange for Iran’s delay in the development of the nuclear weapon until 2030. Trump pulled the US out of it in 2018, and Biden is now trying to get back in. The Iranians, meanwhile, violated its provisions and started ramping up enrichment that puts them much closer to the bomb (in violation of the deal) — the enrichment that they were supposed to start only in 2030 (or by other accounts, in 2025) in compliance with the deal.

Why is it necessary to get back into the “deal” that magically turns what is “illegal” into what is “legal” come 2030? “That’s vital, since Tehran, freed from the deal’s constraints, has been racing toward the ability to build a nuclear bomb. … Secretary of State Antony Blinken told the Senate Foreign Relations Committee … that failing to reach a deal that arrests Iran’s nuclear progress would have grave consequences. The Islamic republic, he estimated, is only a “matter of weeks” from being able to construct a nuclear weapon.”

Aha! You see, there will be “grave consequences”! — that is, “grave consequences” if this happens in 2022. If it happens in 2030, it is apparently perfectly fine. One wonders, why? Why Iranian bomb of the 2030 vintage is any less worrisome if not apocalyptic than the one made in 2022? One can only guess — and the only intelligent guess one can make is that Mr. Beinart (faithfully following in this matter Mr. Obama) is after the “peace in our time.” “Failing to delist the Revolutionary Guards could, in the worst case, lead to war,” he tells us. How about 2030, Mr. Beinart? Oh, I see. That’s not “our time”!

We hear, time and again, that appeasement of ideologically-driven regimes does not work. But not everyone got the memo. Certainly, not Mr. Beinart. Certainly, not the New York Times. Else, it would not have offered its pages, time and again, to the drivel by a well-connected fool, but would have picked instead one of the “excellent essays and ideas” by people without the connections it now declines to publish, to make room for the dull nonsense by Mr. Beinart.