The Problem of Sharia Law 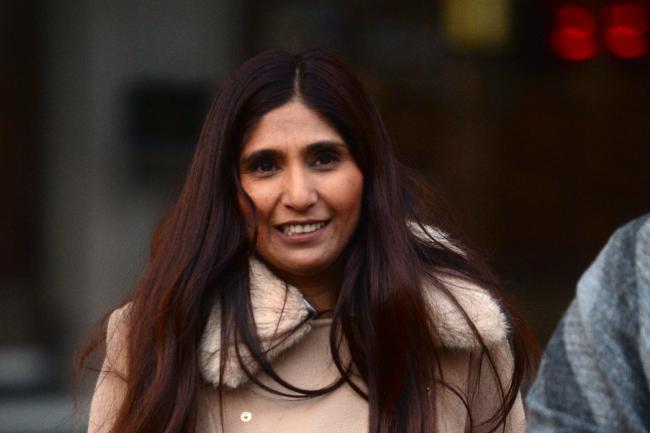 I get along without you very well, of course I do, might have been the song of a Muslim woman who had just won a victory in a court case in the British Family Division of the High Court in London on August 1, 2018 when Justice David Williams issued a landmark decision in her favor. The 46 year old solicitor Nasreen Akhter wanted a divorce from her husband Mohammed Khan, a successful businessman, whom she married in an Islamic faith ceremony in 1998. Khan wanted to prevent this, arguing that they were not “legally married” under British law, and that they are married by Sharia law only.

The decision can be seen as the first time that a British court recognized Sharia law. Justice Williams explained that the union was valid and recognized because the vows in the Sharia marriage were similar to those in a British marriage contract. As a result, Akhter, and women though married in an Islamic faith ceremony, can get a divorce in a British court, and can claim half the assets of her husband.

For Muslim women it is a landmark victory, making divorce easier and allowing a fair share of family assets. The court decision is not, as some have suggested, recognition of Sharia, but it was the first legal ruling allowing British courts to participate in dissolving a marriage that was never officially registered.

However, a serious legal and constitutional problem has arisen. A cardinal principle in democratic societies is that laws made by Parliament, the legislature, prevail over other rules, certainly over theocratic rules made centuries ago in countries like Saudi Arabia or Afghanistan. The Western rule of law entails that one law should operate in a single legal code, and one that does not disadvantage parts of the community.

British politics has been concerned with the issue. In 2011 then Prime Minister David Cameron declared the “multiculturalism has been a failure,” and promoted extremism. He crititicized the toleration of these (Muslim) segregated communities behaving in ways “that were completely counter to British values.”

For its part at the same time, Muslim activists in UK  demanded that Sharia law replace UK common law in a number of major cities, including Birmingham, Manchester, and Liverpool. In East London, where 40% of Muslims live, posters declare that “You are entering a Sharia controlled zone,” and local imams have threatened women with death if they refuse to wear the Hijab. Already some British financial institutions, to satisfy wealthy Muslims, donate a part of their profits to Muslim organizations. Noticeably, David Cameron in 2013 changed his attitude, announcing that the UK would become the first non-Muslim nation to issue Sharia “compliant bonds.” London, he thought, would be not only a great capital of Islamic finance in the Western world, but could stand alongside with Dubai as one of the great capitals of finance.

At the core of the issue is that Sharia (“way or path,”) appears to inform every part of the life of a Muslim. Sharia law, the legal system of Islam, is derived from the Koran, the main religious text, of Islam, and from fatwas, the rulings of Islamic scholars. It is thus potentially wider in coverage than is Western law, but there are widely different interpretations of Islam.

A network of Sharia courts has developed to deal with disputes between Muslims. There are now some 130 Sharia law courts, many issuing rulings that may be contradictory to UK common law. Some are officially recognized by the Arbitration Act, and have powers to deal with contract, mainly commercial, disputes, domestic violence, family disputes, and inheritance battles. There are many other tribunals and councils. Marital and family matters are settled by “Sharia Councils,” SC, often based in mosques.

The most controversial issue in Sharia is the limit of the rights of women as the law favors men. In May 2016 Theresa May, then Home Secretary, though stating that Muslims in UK “benefit greatly” from Sharia law, called for an indepedent inquiry on whether Sharia court decisions were contrary to UK gender laws in making discriminatory decisions. She asked whether Sharia law was being “misused” against women. Critics immediately pointed out that May’s remark was insufficient. Discrimination against women was not due to “misuse” of Sharia teaching but to the teaching itself. They provided numerous examples among which a few need to be cited. A Muslim male can divorce his wife by saying “I divorce you” three times. Men have the right to “chastise” women. Polygamy is allowed.

However, in May 2016 a panel Commission was set up, chaired by Pakistani born Mona Siddiqui, Professor of Islamic Studies at the University of Edinburgh and including two imams, theology experts, in advisory roles, to inquire into the application of Sharia law by Sharia Councils, SCs, to what extent that may be incompatible with British law, and whether there were discriminatory practices against women who use  SCs.

The Commission presented its report in February 2018. It pointed out that the SCs, numbering between 30 and 85, were councils, not courts, that they were diverse in dealing with aspects of Islamic law, but had no legal status or binding authority under civil law. It defined SCs as voluntary associations of scholars who act as advisors to Muslims, especially regarding religious marriage and divorce. They are mainly used by women, and exhibit a range of practices of discrimination.

The Commission recommended that civil marriages be conducted at the same time as Islamic marriages and be civily registrated, giving women full protection in family law and divorce. It also urged that cultural change is required in Muslim communities so that they encourage women’s rights.

The existence and report of the Commission is evidence of the growth of the Muslim population in Britain, its self-assertivness, and rise in extemism. Controversy over Sharia law and its influence is contested as shown by the differences of leaders of the Anglican Church. Inherent in it is the question of whether a unitary legal system can accomodate religious claims.

On February 7, 2008 then Archbishop of Canterbury Dr. Rowan Williams asserted that certain provisions of Sharia law were already recognised in British society and law, and adopting certain elements was “unavoidable.” Ten years later in February 2018 another Archbishop Justin Welby stated that Islamic laws are incompatible with British laws and should never become part of the British legal system. Islamic law had a different background of jurisdiction from the development of UK law.

The issue again became controversial when in March 2014 the British Law Society proposed guidelines for solicitors on drawing up “Sharia compliant” wills. This was the first time  that an official legal body was endorsing aspects of Islamic law and recognising the legitimacy of some Sharia principles such as on inheritance and multiple marriages. The inherent problem was that these wills would be recognised by British courts and would involve the denial of equal share of inheritances to women, and also prevent children born out of wedlock from being regarded as legitimate heirs. After numerous complaints over the guidelines because of the inherent discrimination against women, they were withdrawn.

The fundamental problem is whether Sharia law, not democratically determined and often discriminatory, can become accepted in British law, and be a parallel legal system for British Muslim communities. This would undermine British law, which has probably the most comprehensive equality laws in the world, in favor of religious  law from another era and another culture. That law has serious negaive implications for women, Baroness Cox, a British campaigner against discrimination of women, said “This (Muslim law) violates everything we stand for. It would make the Suffragettes turn in their graves.”

Lady Cox was critical of what she considered a quasi-parallel legal system operating in some Muslim communities. This has been shown in some major cities, Birmingham, Blackburn, and Sheffield among others that have Muslim mayors. Somewhat ironically, in 2014 all British school children were required to attend a course on the “History of Islam, the religion of peace.” Desirable though this may be, it is even more important that there be a change in the political weather of Muslim legal practices and a change in the way that Muslim law regards women.