The Question of Palestinian Self-Determination 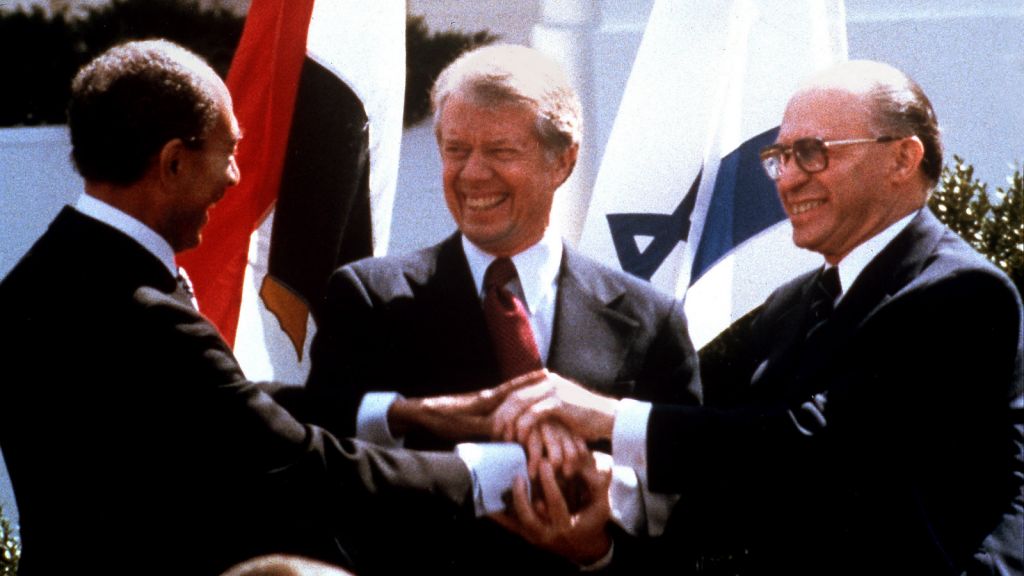 Peace between the State of Israel and Palestinians will be a little late this year. It is a truism that peace is made with your enemies, but the problem is that the latter may still continue hostilities. This was conspicuous on September 1, 1967 at the Khartoum Summit attended by eight Arab heads of state who called for continued belligerency against Israel and issued the three Noes statement, no peace with Israel, no recognition of Israel, and no negotiations with it. Since then the Palestinians have never missed an opportunity to miss an opportunity.

Hostilities persist. On September 6, 2018 a number of bus stops in Central London were plastered with signs “Israel is a racist endeavor.” This was a parody of the clause in the IHRA  (International Holocaust Remembrance Alliance) definition of antisemitism, finally accepted the previous day by the British Labour Party, ” that denying the Jewish people the right to self-determination such as claiming the existence of a State of Israel is a racist endeavor,” is antisemitic. The vandalism was organized by the London Palestine Action group, which opposed to the Labour Party decision, and which claimed responsibility for the signs, part of its war against “Israeli apartheid.”

Another feature of the war is waged by the 83 year old Mahmoud Abbas, chairman of the PLO and now in the 14th year of his four year term as president of the Palestinian Authority. In a speech to the Palestinian Central Council on January 14, 2018 he declared that Israel is a colonial project that has nothing to do with Judaism. He demanded an apology and reparations from the UK for the Balfour Declaration, and denied that the U.S. could be a mediator in the Middle East. The rival Hamas, ruling the Gaza Strip, has called for the “liberation” of Ashkelon, Beersheba, Acre, and Haifa.

These extreme statements and behavior are indicative of the realities hindering the resolution of the conflict. A more balanced, though not neutral, view of the conflict is presented in a brilliant, well argued, and controversial new book, Preventing Palestine: A Political History from Camp David to Oslo, (Princeton University Press) by Seth Anziska, an American lecturer at University College, London, which assumes that the “Palestinian Question” is at the heart of the regional conflict. The book is based on detailed research, interviews, on recently declassified documents, especially about the 1982 Israeli war in Lebanon, and on analysis of what the author calls “uncomfortable truths.”

Anziska reveals that as a student at a Yeshiva in a settlement in Gush Etzion he  became concerned with the lack of attention to the fate of Palestinians and non- Jewish inhabitants of Israel  and to the issue of a Palestinian state . That outlook, concern for Palestinians, remains at the heart of his book with its generally critical view of Israeli policies. Linking Camp David and the Oslo Accords  he holds that Camp David led to the “triumph of an Israeli vision,” in suppressing the path to Palestinian self-determination.

Anziska goes over much of the familiar background of relations between Palestinians and Israel, and believes, somewhat arrogantly, much of it has been ignored or glossed over. However, the  main point of his book is to trace why the negotiations starting with the Camp David Accords of September 17, 1978  between President Sadat, Prime Minister Begin, and President Carter which led to a peace treaty in 1979 did not lead to a Palestinian state. What prevented Palestinian sovereignty? The Accords focused not on Palestinans but on normalisation of Egypt-Israel relations, the return of Sinai to Egypt , and opening of the Suez canal to Israeli ships. It was the first formal recognition of Israel by an Arab state.

Anziska comments that President Sadat had sacificed Palestinian rights and a Palestinian homeland for his own objectives. Sadat’s trip to Jerusalem on November 19, 1977, and peace with Israel, whether for domestic economic reasons, strategic interests, frustration with the Geneva peace conference, movement away from the Soviet orbit, or desire for the return of Sinai to Egypt, served as a stumbling block for the PLO to which he was hostile.

Camp David called for an autonomous self-governing authority in the West Bank and Gaza Strip, and recognized the “legitimate rights of the Palestinian people,” but did not deal with the Palestinian right of self-determination. Anziska emphasizes the role of Begin who besides wanting continuing settlement in the occupied territory,  opposed the idea of Palestinian statehood and proposed limited Arab autonomy. The inherent paradox is that a peace agreement between Israel and Egypt led to failure of Palestinian aspirations.

Anziska’s book appears on the 25th anniversary of the Oslo Accords on September 13, 1993, a meeting of Prime Minister Yitzhak Rabin and Yasser Arafat with President Bill Clinton moderating. The Palestinian Authority, PA,  was set up as the official representative of the Palestinian people and given limited self-government of the Gaza Strip and most of the West Bank, but not as a Palestinian state. The Accords called for withdrawal of Israeli military from Palestinian territories.

Anziska implies that Arafat could be a partner in the peace process, and that the PLO was moving from armed struggle to diplomacy. This has always seemed  a remote possibility. Rabin later confessed to Elie Wiesel that  initially he thought that Arafat was the solution but became convinced he was the problem. His conviction was correct. Arafat in a speech on May 10, 1994 in Johannesburg declared that the Oslo Accords were a modern version of the Treaty of Hudaybiyyah 628, a treaty signed and soon broken.

It is arguable that Arafat was never genuinely interested in peace but cynically planning resistance, Certainly it was he, not the visit of Ariel Sharon to the Temple Mount on September 28, 2000, who was responsible for the second Intifada in 2000 that led to death of 1,000 Israelis and 4,000 Palestinians, Anziska partly excuses the actions of Arafat who was constrained by the need for factional consensus, given the contending factions in the PLO.

The  book provides a critical analysis of factors preventing the emergence of a Palestinian state. At the core is Begin’s insistence on limited Palestinian self-determination, self- rule for the “Arab inhabitants of Judea and Samaria,” neither a nation nor people in their own right. He criticizes the U.S. for going along with this, and undermining the prospects of collective rights of self-determination.

Peace between Egypt and Israel came at expense of sovereignty of Palestine.

Aznziska gives little attention to the Palestinian terrorism that was a major factor. Among them were the Munich Olympic massasce 1972, the Achille Lauro hijacking, October 7, 1985, the  first Intifada 1987, the March 11, 1978  Fatah commando coastal road massacre killing 30 civilians, the suicide bombing in Dizengoff Street, Tel Aviv 1994, the killing of 19 at Beit Lid Junction, January 1995.

Anziska might also have given more attention to Israeli proposals for a Palestinian demilitarized state if Israel was recognized as the state of the Jewish people. This has been proposed by Benjamin Netanyahu on June 14, 2009 in his speech at Bar Ilan University, by Ehud Barak at Camp David in July 2000, by Ariel Sharon on December 2003, and by Ehud Olmert in January 2006. The refusal of Palestians to discuss the proposals is a revealing reminder that the root of the conflict is not the construction of settlements or Israeli soldiers in the West Bank, but  has been and remains the refusal of Palestinians to recognize the right of the Jewish people to have a  state of their own.

Anziska asks the question of whether the Camp David legacy is so deeply entrenched in terms of preventing a Palestinan state that the peace process was and is bound to fail. His controversial book provides a useful starting point for discussion of it, but his argument must be seen in the context of Palestian negative actions, activism for BDS against the State of Israel, and false accusations of Israel as an apartheid and racist state. If Benjamin Franklin was considering this context he might have coined the axiom, “an ounce of prevention is worth a pound of cure.”

PrevToo Often, Tort Law Introduces Populism in Justice
A NAFTA deal is achievable — which is a lucky thing for CanadaNext