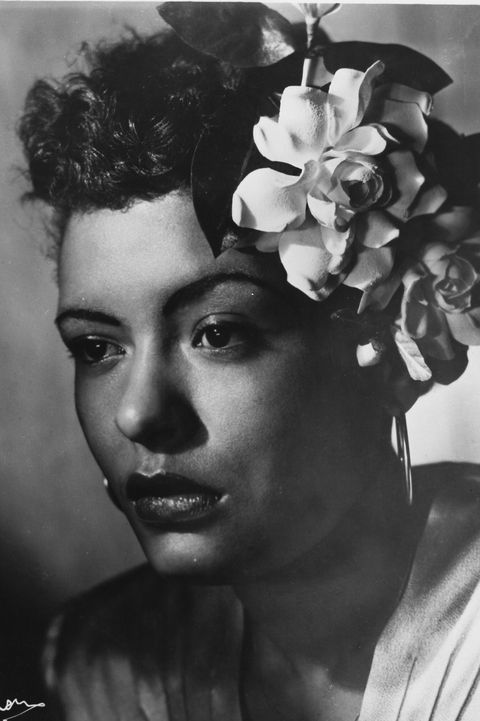 Lady sing the blues, she’s got them bad, she feels so sad. And wants the world to know just what her blues are all about.

Philadelphia, Pennsylvania, is the birthplace of U.S. democracy, the site of the first two Continental Congresses, the signing of the Declaration of Independence and the U.S. Constitution, the temporary capital of the new country, the U.S., and the home of the barely palatable Philly cheesesteak in a large hoagie toll.  It was also the birthplace of the woman, Billie Holiday, who led a complicated life but became the outstanding jazz singer of her time.

Eleanora Fagan was born on April 7, 1915 in Philadelphia but spent her childhood in Baltimore.  She was the daughter of an unwed , teenage African American mother,  and her presumed father who was a haphazard jazz musician. Billie Holiday in her “autobiography,”, Lady Sings the Blues,  in fact written by William Dufty, a New York Post newspaperman says “mom and pop   were just a couple of kids when they got  married. He was 18, she was 16 and I was three.” But this was not the exact truth. The truth of her parentage is unclear. On her birth certificate her father is listed as someone other than the guitarist Clarence Holiday whose name she took. Her father was 17, her mother was 19, and they were never married.

One can dwell on her turbulent life story, miserable childhood, raped at age 10, living with a cruel cousin, while her mother worked in New York. Eleanora dropped out of school. She was sent for a time to a Catholic reform school, the House of Good Shepherd, an institution for troubled black girls. Shen then lived in Harlem , New York, working  and scrubbing floors in a house of prostitution  for a while, and a life that became marred by  drug addiction, alcoholism, marriage or involvement with a string of unpleasant men, pimps and drug dealers.

It is useful that a new documentary constructed from tapes of interviews between a high school teacher and Billie focuses more of the professional, rather than the sordid, life has appeared in November 2020.

At 15 Eleanora  began singing for tips in jazz clubs and speakeasies, becoming Billie Holiday by adopting the name “Billie” taken from  the silent film star Billie Dove, and Holiday from her presumed father. In a Harlem club she was “discovered”  by John Hammond, Vanderbilt heir, talent scout, record producer, and latter brother in law of Benny Goodman. Hammond remarked, “she was the first girl singer (1933) I’d come across who can sing like an improvising jazz queen.” Her singing, he said, almost changed his musical  tastes and musical life.

Billie’s career had begun and years of climbing to the top followed. She made her first records with a group led by Benny Goodman, and then with pianist Teddy  Wilson. She began to sing with a gardenia in her left hair with her head tilted back. Her friends were instrumentalists, Louis Armstrong, Ben Webster, Teddy Wilson, and above all Lester Young who named her Lady Day.. Billie joined some of big bands, including Count Basie and Artie Shaw. This is historically important. She was of the first, if not the very first, female black singers to sing with a white band.

It is arguable whether her songs reflected her life in its suffering and pain, especially in her days of opium and heroin. Though this appears to be the case Billie in life was a strong personality, fond of fine jewels and diamonds, and interested in romances with both men and women. Yet, some of her songs, alluding with candor to her to her pain, reflected the unhappiness  and the bitter-sweetness of her life. The song Good Morning Heartache, composed by Irene Higginbotham, speaks to “you old gloomy heart, stop haunting me now.” Her own composition, Fine and Mellow, complains, “My man, he don’t love me, treats me awful mean. Love is just like a faucet, it turns off and on.” Another of her compositions, Don’t explain, about an errant husband, “There ain’t nothing to gain. . I’m glad that you’re back.”

Billie Holiday was an independent person, outspoken, profane, and unpredictable, who faced   the trauma   of racism. She could not go to certain restaurants or  use restrooms. When touring with the Shaw band, she  slept in separate hotels from the rest of the band. She quit the band in 1938  because she refused to enter the Lincoln Hotel, the venue, through the back door, or use the service, not the regular, elevators in order not to offend white patrons.

Equally troubling for her was drug addiction. As a result  she was arrested, and imprisoned for a year in 1947 in the federal women’s reformatory in  Alderson, West Virginia. She lost her New York cabaret card, a license to perform in a venue selling liquor, which meant she could not work in night clubs. However she could perform elsewhere, including  one comeback event in Carnegie Hall. During   the years she earned a considerable amount of money, but spent most of it on drugs.

After later years of self- destructive experience, her end was sad, dying , a physical wreck, of complications  from cirrhosis of the liver and alcohol abuse at age 44 on  July 17, 1959 in  a hospital in the Bronx, with 70 cents in her bank account and fifteen 50 dollar bills hidden in her legs. She is buried in a cemetery in the Bronx  but commemorated by a plaque in Philadelphia.

Billie never learned to read music, and had no formal training,  but  became    the outstanding jazz singer of her time, eminent among other jazz singers.  Those singers vary widely in their vocal artistry, from   Bessie  Smith, a blues shouter to smooth sensuality with Peggy Lee and trumpeter-singer Chet Baker,  to the multidisciplined singing of Frank Sinatra, Ella Fitzgerald, and Sarah Vaughan, to the poignant anguish of  Nina Simone and  Anita O’Day. Other singers had a wider range and louder volume. Billie did not have to belt out  to reach her audience. With a minimalist technique she was often understated and restrained in her delivery.

She did not have  the four octave voice, musical gymnastics, petulant tone, and feathery vibrato of Sarah Vaughan. Billie did not have the silky tone, the lucid diction of Ella Fitzgerald.  She did not have a large range, her voice barely stretched beyond an octave, nor did she scat sing. Indeed, she was more akin to Chet Baker whose playing and singing revealed an introverted and pained individual. But Billie had a remarkable ear, sense of time,  a unique tone and timbre, one influenced by jazz instrumentalists. She, unlike some of her contemporaries did not affect vocal mannerisms. She toyed with the bea , creating and improvising melodic lines around it, and she was remarkable in her way of manipulating phrases and tempos. Billie had  a style that was individual and moving in her recomposing of songs, changing tempos, rhythms, pitch, tone, and melody.

Many of her friends were instrumentalists, and she echoed them. In one interview Billie said, “I don’t think I’m singing. I feel like I’m playing a horn. I try to improvise like Lester Young ( her close friend) , and Louis Armstrong, (whose West End Blues she admired), or Bessie Smith. I hate straight singing, I have to change a tune to my own way of doing it, that’s all I know.” Billie had a  remarkable  sense of rhythm and changing harmonies.

She was appreciated by other performers. Some can be mentioned. Oscar Peterson said she had a voice of pure velvet.  Miles Davis said she didn’t need any real horns, she sounded like one, Charles Laughton was a “friend”. Orson Welles wanted to make a film on the career of Armstrong, with Billie playing the role of Bessie Smith, but it was never made. She appeared in the role of the maid in a setting in New Orleans in a film written by script writer Herbert  Biberman who in 1947 was listed as one of the Hollywood Ten and sent to jail. Billie was voted second in Down Beat polls, 1946-7. Artie Shaw said  of her, “I never heard  her hit a wrong note, she had a remarkable ear, and a remarkable sense of time.” In 2000 she was inducted into the Rock and Roll hall of fame.  One improbable relationship which lasted a few years was with Tallulah Bankhead who  tried to intervene on Billie’s behalf with  J. Edgar Hoover to clear  Billie of drug charges when she was targeted by the Federal Department of Narcotics.

Perhaps the most interesting example of Billie’s influence was on another icon, Frank Sinatra who said that “almost all singers were touched by Billie’s genius.” She  took a song, he said, and made it hers, she lived inside  the song.

Sinatra in 1958 confessed it was Billie Holiday who was the greatest single musical influence on him: “Lady Day is unquestionably the most important influence on American popular singing  in the last  20 years.” Curiously, Billie answered, “I did not teach Frank anything, I told him about notes at the end he should bend, and later he said I inspired him. Bending those notes, that’s all I helped Frankie with.”  Billie’s technique of sliding a tone downward   in the major scale, and going  from one pitch to another,  was common to both of them as was her singing  behind the beat, hitting the note a  little later.

Billie Holiday is perhaps best remembered as the result of a major change that occurred in 1939 in the Café Society, a racially integrated club in Greenwich Village run by Barney Josephson. Billie was not the first black singer to deal with race, but her strong protest song , Strange Fruit had commercial success. It was written by a Jewish school teacher Abel Meeropol, using a pseudonym  Lewis Allan, alluding to lynching in the southern states of the U.S. Billie performed the song, reflecting racism, in a particular intense way. It was always the last song in her set of songs. She insisted on absolute silence, no bar service, the lights out except for a spotlight  on her. The impact of her remarkable performances of the song can be viewed as a significant propellant of the civil rights movement.