Truth, Veritas, and Knowledge of History in the U.S. 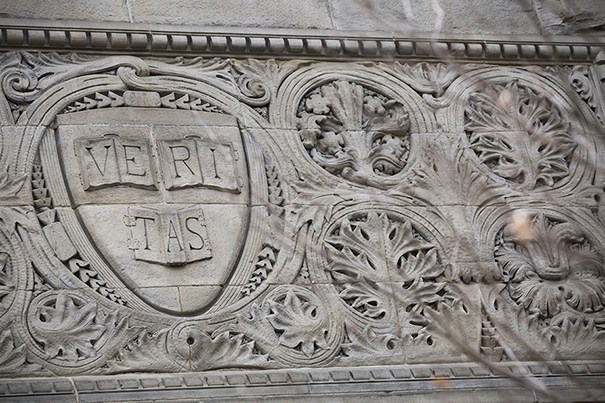 Did you say Americans, some adults as well as many snowflakes have got a lot to learn? Many studies have made us aware of the civic ignorance, and the historical amnesia of citizens in the US. Though Thomas Jefferson is often incorrectly quoted as the author of the axiom, it is still true that an informed citizenry on historical matters is a crucial requisite for a democratic society. Evidence is abundant that it is time for U.S. citizenry to use their mentality and wake up to reality.

For many, the past is a wasteland. One third of students consulted in a survey did not know that D Day occurred during World War II, and 15% thought it happened in Pearl Harbor. Less than half knew that FDR was President during the War. In April 2018, 41% could not identify Auschwitz as a Nazi concentration or extermination camp, and 66% of millennials could not do so. Over 11% of adults, and 22% of millennials, had not heard of the Holocaust.

More than a third did not know the century when the American Revolution took place, and only 22% knew that “government of the people, by the people, and for the people,” came from the Gettysburg Address of November 9, 1863. One third were unaware that FDR had introduced the New Deal. By contrast, more Americans could identify Michael Jackson as the composer of “Beat It” than that the Bill of Rights was an amendment of the U.S. Constitution.

This is urgent. Studies after study have confirmed the epidemic of ignorance among U.S. students or some performers as was shown when singer Christina Aguilera at the Super Bowl in February 2011 forgot the words of the National Anthem and could not watch the ramparts nor see the broad stripes and the bright stars.

More serious are the snowflakes. In one survey, about 70% did not know what the U.S. Constitution is, nor that the first ten amendments are the Bill of Rights. Fewer than half the teenagers knew when the Civil War was fought, nor date correctly Columbus sailing the deep blue sea in 1492, or even laugh when he said the world was round.

However, the opportunity for correct historical learning has fortutiously presented itself now that the snowflakes are eager to rename statues, monuments, parks, streets, and any memorabilia they find objectionable. Some of the objectionable may be well known to them, Robert E. Lee or Thomas Jefferson to some degree, but others are less familiar or even unknown.

Snowflakes at prestigious colleges including Ivy League Universities have joined in the demand for name changes, among them Georgetown, Princeton, University of Texas at Austin. Two cases are particularly interesting. Yale students were troubled by the thought of sleeping unsoundly in Calhoun College, one of the residential colleges at Yale. To remedy that, the name was changed to Grace Murray Hopper College, honoring a former graduate for her success as a computer scientist, and as Rear Admiral in the U.S. Navy.

The snowflakes had discovered that Calhoun, a Yale graduate of 1804, was a strong advocate of slavery, and had defended white Southern interests, but were unaware, and this is the opportunity to learn, of other relevant facts.  Calhoun had been a Congressman and Senator from South Carolina, Secretary for War and Secretary of State, presidential candidate, and U.S. vice-president, 1825-32. They were also sadly unaware that at a ceremony in March 1959, a U.S. Senate committee chaired by then Senator John Kennedy, a Harvard man, honored Calhoun as one of the Senate’s five “most outstanding” former members.

If Yale, which has Lux et Veritas (Light and Truth) on its official seal can change, why not Harvard which has a long connection with slavery including early presidents such as Increase Mather and many Southern alummni? To avoid any present association with slavery, Harvard changed the name of the 24 House “Masters” to “Faculty Deans.” More important, the Harvard Law School changed its seal adopted in 1937, three sheaves of wheat under the word “Veritas.”

The issue here is that the motto on the seal was taken from a crest that was the coat of arms of the Isaac Royall family which had endowed the first law professorship at Harvard more than 200 years ago as well as leaving land to Harvard. The Royall family however were prominent slaveholders, having about 60 slaves. Snowflakes echoed the cry of Oriel College, Oxford students, “Rhodes must fall,” by calling for Royall to fall by removing the seal. A Harvard committee and then the Corportion decided to do so. The Harvard seal was removed from all places, 200 or so, on campus, and from all printed material and letterheads. Astute enterpreurs should  be anxious to buy the old ones that will be valuable now that they are disappearing fast.

If Royall is now known and will be relegated to the dustbin of history will Faneueil whose name is on the famous Hall in downtown Boston suffer the same fate? It has been and is not only a place for political occasions but one of the most visited tourist sites, 20 million a year, in the U.S. Almost every prominent public figure has spoken there at political meetings and rallies. Snowflakes are almost certainly unaware that the Hall, known as the Cradle of Liberty, was used for speeches by activists like James Otis and Samuel Adams seeking independence from Great Britain and by those resisters like the Sons of Liberty leading to the Boston Tea Party in December 1773, as well as those like Frederick Douglas in favor of ending slavery and giving black citizens the right to vote.

Faneuil Hall is named for Peter Faneuil, a wealthy 18th century Boston merchant who proposed and funded the building, a hall as a gift to Boston. It was built in 1742-3, a year after Faneuil died and it was named after him and has been a meeting place since then, though rebuilt and extended after a fire. However, Faneuil dealt not only with New England commodities but also in slaves. Does his name on the building  insult the dignity of all Americans as well as blacks? Kevin Peterson, founder of the New Democratic Coalition, NDC, thinks so because the Hall was named after a man who engaged in the sale of “human flesh.”

Boston has already changed two things: one was the name of a street Yawkey Way, near Fenway Park, because as owner of the Boston Red Sox, 1933-76, Tom Yawkey refused to sign Jackie Robinson or add any black player to his roster; the other was the removal of a monument to the Confederacy built in 1963.

Some snowflakes may be aware of Boston baseball owners but few, if any, are familiar with the details of American revolutionary history even if they claim to be conscious of the need to overcome injustice and discrimination if not how to rectify it in a meaningful way. The opportunities are now presented for them to learn.

This is the moment to learn about Faneuil the merchant and the triangle trade in which he and others in New England engaged. From the first ship in 1638, they shipped fish and lumber from New England to Africa, and slaves from Africa to the West Indies, then sold the slaves to buy molasses, sugar cane, and rum, to bring to the American colonies. Faneuil, a slave owner, was one of those traders who sold and transported slaves.

If the life of Faneuil is unknown to the snowflakes so is the name proposed to replace his on the Hall. The NDC has proposed “Crispus Attucks,” a man of African desent, said to be the first person to be killed during the Boston massacre of 1770, and thus the first American killed in the American revolution. So far the Mayor of Boston has said  Faneuil is still and will remain on the Hall. Snowflakes still have time to learn history.