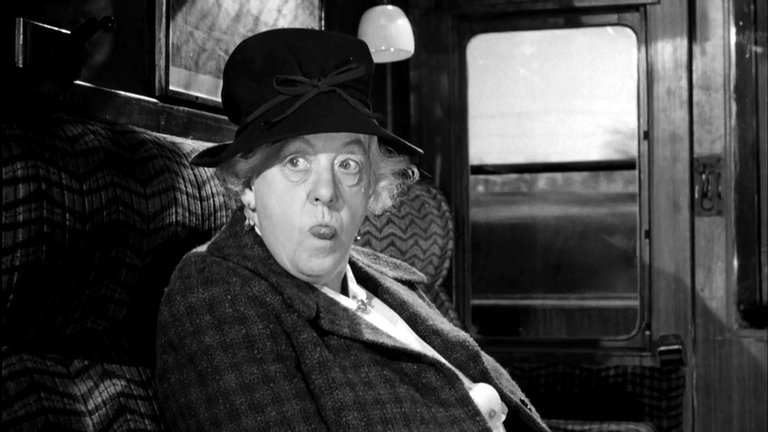 There’ll be a change in the political weather now that there’s been some changes made in the literary sea. The BBC with a controversial broadcast in April 2018 showed how identity can be changed by dramatic altering of events. It broadcast an adaptation of the book Ordeal by Innocence, written in 1958 by Agatha Christie. The mystery concerns the brutal murder of a wealthy heiress who in the book is killed by her unpleasant housekeeper. Whether or not it was a bow to changing gender concepts and indirectly referring to the #MeToo Movement, the BBC adaption changed the plot and altered the denouement of the whole story line to make the husband the murderer.

Imagine what it would be like if Shakespeare’s plays had similar changes in the story. Reaction will either be outrage or delight in a pleasing reinterpretation. Desdemona could kill Othello in the bedroom scene, not the reverse. Hamlet could kill his opponent Laertes in the dueling scene and not get poisoned so he lives and will become King of Denmark. Macbeth could defeat his enemy Macduff and retain the throne.

The rest is not silence by political actors. Imagine what it would be like if there were changes today in behaviour and pronouncements of  prominent political figures, especially  in the UK, the U.S., and Russia. Below are some of the changes that can be envisaged.

The change is very evident in the mindset of Russian President Vladimir Putin who has clarified his positions. First, on behalf of his country he apologized to former Russian spy Sergei Skripal and his daughter for trying to kill them in Salisbury on March 4, 2018. He said that the nerve agent Novivchok was mistakenly delivered in liquid form on the front door of the former double agent’s house.

More broadly, Putin stated he will not bring chaos in international relations, and that it was crucial to uphold norms and principles of international law. He announced Russia would stop planned cyber attacks on Western critical infrastructures, energy networks, armed forces, and emergency services, on laptops, and phones, and will no longer hack transport systems and water supplies.

Putin agreed with Iranian President Hassan Rouhani that the strikes by the Coalition forces led by the U.S. on April 13, 2018 on three Syrian chemical weapons sites have helped the chances of achieving a political settlement of the Syrian conflict. He stated that  Syrian statements they had destroyed 71 of the cruise missiles fired on Syria were patently false, and he regretted that Russia had given Syria sophisticated air defense systems. Putin announced he was reconsidering his support for the regime of Bashar al-Assad, though he was conscious that the downfall of the dictator might result in a destabilized state in which terrorist  groups were active.

Putin assured the world that Russia would not prevent or delay the inspection by experts of the Organization for the Prohibition of Chemical Weapons, OPCW, of the Douma site, bombed on April 7 , 2018. Putin pledged Russia would allow free access to the site and not tamper with evidence on the ground since the inspectors want to collect samples and interview witnesses to determine whether toxic munitions were used in the bombing by Syria.

Putin deeply regetted that Russia on November 16, 2017 had vetoed the resolution proposed by the U.S. in the UN Security Council calling for a joint investigative mechanism to check chemical weapons in Syria, but instead had proposed a resolution, also defeated, that welcomed the “full and profound” cooperation of Syria in a fact finding mission. He was pleased that OPCW had recorded 390 allegations of the use of banned chemicals in Syria since 2014 and declared he was eager to prevent further barbaric use of chemical weapons. Indeed, Russia will oversee the promised destruction of Syrian stockpiles of gas and chemical weapons and will obey international law on the matter.

A similar change in attitude is also evident in the views of those in the UK  who previously were reluctant or unwilling to criticize Syrian behavior and use of chemical weaponds. Foremost among the usual uspects is Jeremy Corbyn, leader of the British Labour Party. He has promised to give up any relationship with the Stop the War Coalition, SWC, of which he was chairman for a number of years, saying he disagreed with some of its recent activities. SWC , which he once called one of the “most democratic campaigns of modern times,” had proposed a statement that ISIS had a “spirit of internationalism and solidarity,” and that the West was benefiting from military intervention. Corbyn was sad to witness on April 16, 2018 the SWC demonstration in Parliament Square near his office, that bellowed that Bashar al- Assad was a “good man,” and displayed banners “Don’t bomb Syria.” He made the point that SWC had never staged any demonstration outside the Russian Embassy in London.

Corbyn firmly declared that Russia has been responsible for the Salisbury poisoning. He also asserted that the Coalition attack on chemical weapons capability of Syria was legally jutified and appropriate on humanitarian grounds. He therefore thought that the UK could legitimately take military action without any UN Security Council resolution, since diplomacy alone was not enough to protect civilians. He realistically understood that relying on the UN to initiate action was tantamount to agreeing not to act. He welcomed the decision of French President Emmanuel Macron to strip Assad of the award of membership of the French Legion of Honor given him in 2001 by President Jacques Chirac, because Assad had committed acts and behaved in a way that could be declared dishonorable.

Corbyn also disavowed his frequent support for the armed struggle of Palestinians against the State of Israel. He urged the terrorist group Hamas to stop building tunnels, such as the one discovered by Israel, in April 2018, that was several kilometers long and stretched from Jabaliya in Northern Gaza Strip into areas of Israel. He was caustic that Hamas was sqandering millions on these munitions instead of spending the money on its citizens in Gaza. Corbyn applauded Israel for having destroyed five other Hamas tunnel in recent months. He was unhappy that his colleague, the MP Dianne Abbott had depicted a computer generated fake image of a day time raid by an Israel jet F15 bombing Iran, and was anguished that she referred to critics who pointed out her falsehood as “pathetic.”

Other British figures, Anglican Church leaders  and well known policians, have dramatically changed their opinions and promised to be more careful in their contacts with political leaders and in their political judgments. Two religious individuals, Rev. Giles Fraser and Rev. Andrew Ashdown, together with two members of the House of Lords, Baroness Cox and Lord Dykes, confessed their mistakes in visiting Damascus and speaking with Assad one day after the Coalition strike.

The change in the views and promised future behavior of the four individuals was striking in view of their past history. Rev. Fraser, when Chancellor of St. Paul’s Cathedral, opposed removing the 400 anti-capitalist protestors, the British version of “Occupy Wall Street,” who had spent the night on the steps of the Church, and consequently quit his position. Rev. Ashdown has visited Syria five times since 2014, and at first doubted that Assad, who he said he was priviledged to meet, was behind the chemical attacks. Both Fraser and Ashdown have changed their views of Assad and now confess their constant criticism of UK government policies on Syria was mistaken.

In similar fashion, Baroness Cox, member of the House of Lords, founder of the Humanitarian Aid Relief Trust and concerned with human rights violations in conflict zones, confessed  she had exaggerated her praise of Russian action in Syria, expelling terrorist groups and helping get rid of ISIS and other Islamist terrorist groups. She acknowledged a number of mistakes. One was that Russia was doing the right thing in Syria. Another was that Assad wanted to see democratic change and a strong civil society in his country though he believed it was unrealistic at the moment.

Above all she was distressed over the blunder in her speech in the House of Lords on March 29, 2018 when she welcomed the Syrian army offensive in Eastern Ghouta that she argued led to humanitarian corridor for civilians. She confessed she had not appreciated that the massive six week Syrian government offensive in the area had killed hundreds and thousands had to leave their homes. She was overcome by the brutal toxic gas attack on Douma in Eastern Ghouta on April 7, 2018 which killed 42 and injured hundreds.

Finally, in view of  all these fictional changes in views and behavior one can imagine developments following the Coalition military response to the Syrian chemical attack. First, will be consensus to ensure that chemical weapons never be used. There may even be more understanding of the case for ending other forms of brutal behavior of the Assad regime. Putin may give up his stubborn support of Assad and appreciate, as do the more moderate Arab states, there are ways other than preserving the Assad regime to prevent instability. Above all, Russia, Iran,  and the rest of the world, is mindful that red lines set by US administrations will in future be enforced.

PrevIslam in America: We Bring Everything… and the Quran!
A Bad Week For Freedom of SpeechNext