Two refugees who were fostered by the same couple are being questioned by police following the attempted bombing on a London Underground train. An 18-year-old man was arrested on Saturday morning in Dover, where he was reportedly attempting to buy a ferry ticket to Calais, and a 21-year-old suspect was later detained in Hounslow. 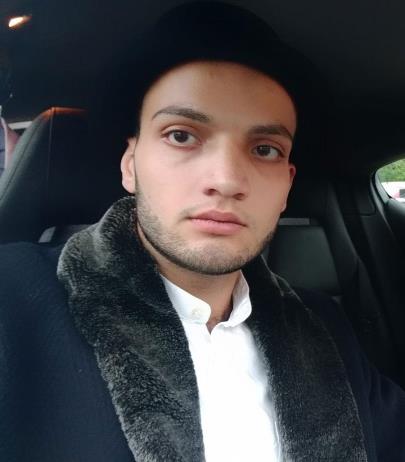 The second suspect has been identified locally as Yahyah Farroukh, whose Facebook page says he comes from the Syrian capital of Damascus.

He and the teenager, who has not yet been identified, are believed to have been taken in at different times by a British couple known for their dedication to fostering. . . Their home in Sunbury-on-Thames remains cordoned off after a raid by armed police, who evacuated nearby homes as a precaution on Saturday.

Less than two hours before the explosion, a young man was caught on CCTV leaving the Jones’ home carrying a Lidl bag similar to that containing the device. Footage obtained by ITV shows the man, wearing a red hat and grey tracksuit, walking swiftly down the road with his head down. Maybe the person spotted wearing a niqab and carrying a similar bag is a red herring.

According to a couple, who asked not to be named, one of the young men cared for by the couple stayed up late at night and was often visited by two male companions, who appeared to be in their late teens.The second suspect, Farroukh, is believed to have left their care earlier this year and has been living at a home in Stanwell, which is searched by police. Footage showed him being detained outside a chicken shop in Houslow, west London, on Saturday night. (The) Middle Eastern chicken shop called Aladdins in Kingsley Road, has also been searched as part of the probe into the attack,

Farroukh is believed to have come from near Damascus, fleeing Syria via Egypt and arriving in Europe in late 2013, and is thought to have a cousin who lives in Scotland with his children. He and the 18-year-old remain in custody as they are questioned on suspicion of terror offences.

…investigators are also probing whether the two men met each other abroad, either in Calais or elsewhere on the migrant route to Britain — or in the extremist heartlands of Syria and Iraq.

The disclosure came as police and intelligence officials continued to analyse material found in searches at three properties, including the Jones’s home in Sunbury and a flat in Stanwell where Farroukh is understood to have lived.

There was no official comment, with police and the Home Office both refusing to specify what was known about the pair to avoid jeopardising the ongoing investigation. Despite this further details emerged about the elder suspect, Yahyah Farroukh, a Syrian refugee, who is reported to come from Al Harah near Damascus. He fled the civil war in 2013 going first to Egypt and then Italy. Pictures posted on a Facebook account, apparently belonging to him, show a rickety fishing boat in which he crossed the Mediterranean with the caption “the journey of death”.

Farroukh’s cousin, Samir Faour Awad, told The Times: “He likes to live in England. He does not pray and I think he is not religious.”

The other suspect, who was arrested in Dover, is an unnamed 18-year-old, who came to the UK as a refugee after his parents were killed in Iraq. Neigbours said he was a “problematic” foster child for the Joneses.