Disregard for Truth and the Language Needed to Express It 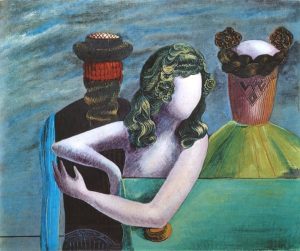 How does one crush truth? By pretending there is no such thing—this is done through the transformation of objectivity in to subjectivity. […] Free speech matters so that we may tell the truth.  —Anne Marie Waters at the Dangerous Words Conference in Stockholm

Brent Harold, columnist for the Gannett corporate-media’s Cape Cod Times, published a rather strange anti-free speech op-ed, “There are some words we’d be better off without.” First, I’m left wondering who “we” includes, and whether or not I am part of “we”? The op-ed does indicate who “we” does not include: right-wingers like Trump and QAnon followers, as well as anti-vaxxers. In any case, eliminating vocabulary is a means to control people, one discussed by Orwell, especially in 1984, and echoed by Saul Alinsky, who stated: “He who controls the language controls the masses.” Today, Big Tech monopolies have worked hard to control not only language, but thoughts and ideas and was likely a deciding factor in the last presidential election … like it or not.

The Cape Cod Times like most of the MSM is highly biased, favoring the Democrat-Party, and not at all vigorous debate and freedom of expression, cornerstones of a thriving democracy. On a number of occasions, I tried in vain to get my counter opinions published in it. For example, my “Rule of the Oxymoron: Autocrats for Freedom Calling for a Rethinking of Liberty” was a response to Harold’s “Government, liberty and our founding paradox.” The Times did not respond. Harold, however, responded with two brief sentences:

maybe [sic] if you were less inclined to insult you would find yourself getting more of the kind of attention you want. Just a thought.

Some thought, I thought. Carefully criticize point by point what Harold writes somehow makes one an insulter and attention seeker. Harold did not even attempt to disprove anything I wrote in that counter op-ed. For his email, as well as a cartoon I sketched on him, see the link above. Harold is clearly not a proponent of freedom and liberty, yet writes columns on freedom and liberty, as if somehow he were for freedom and liberty: “‘Freedom’ is another beloved concept, but as a slogan on anti-vaxxer signs in Ottawa, it is more a weapon than a meaningful term.”

But if indeed “freedom” is to be viewed as a weapon, then clearly it is a weapon against autocrats like Trudeau and their dictates. “Freedom” is not to be determined and defined by Trudeau’s Liberal Party, nor that of Harold’s Democrat Party. “Freedom” does not mean free speech only for Democrat-Party ideology. Orwell stated in “The Freedom of the Press,” a preface to Animal Farm: “If liberty means anything at all it means the right to tell people what they do not want to hear.” Perhaps Harold ought to focus on that sentence. Orwell also stated in that preface:

It is the liberals who fear liberty and the intellectuals who want to do dirt on the intellect: it is to draw attention to that fact that I have written this preface. […] At any given moment there is an orthodoxy, a body of ideas which it is assumed that all right-thinking people will accept without question.

Can it get any more aberrant than a liberal who fears liberty? Those like Harold, a retired academic, do not need liberty and “freedom” because they never bite the hands that feed them and pay them handsomely for their conformity (i.e., team-playing). Will Harold, for example, ever manifest the courage to criticize the absolute lack of objectivity of the newspaper feeding him? Likely not! Harold’s thesis is the following:

Words are fundamental to human life and, of course, often quite useful. But some words are making so much trouble for us that the dangerous divisiveness and erosion of democracy of the current moment are not imaginable without them. You wonder whether we wouldn’t be better off without those words.

So, if we were to eliminate words that Harold and his Democrat Party do not like, then somehow we would create a brave-new-world utopia? Socialists and communists do not favor democracy (i.e., vigorous debate and freedom of speech). They have failed to denigrate the term “democracy,” so end up trying to redefine and reduce it. “Democrat socialist” is an interesting term in that light or rather darkness. In reality, Harold and those like him want democracy to erode, want those like me to be silenced and prohibited from platforms like the Cape Cod Times. Harold might not speak French like me, but unlike me he seems to have mastered Orwellian Newspeak! Like it or not, the “dangerous divisiveness” is being provoked by the dictates of his Democrat Party—its embrace of Critical Race Theory, as well as Identity Politics, Diversity, Equity, and Inclusion, and Green New Deal doctrines.

Harold, besides the term “freedom’ would also like to disappear the terms “individual” and “personal”:  “The confusion created by these words, which hold such a glowing place in the American exceptionalist lexicon, is largely responsible for the state of the debate over abortion, guns, vaccines and the role of government.”

Today, Democrat-Party operatives wish to shrink in extremis “freedom” and “individuality.” Mask and vax mandates, obligatory CRT training, prohibited vocabulary and speech usage represent efforts to further diminish “freedom” and “individuality.” Harold seems to think that the terms are absolutist in nature. They are not. If I say I am an individual, that does not mean that I live 100% out of the realm of society and social constraints. If I say I believe in free speech that does not necessarily mean that I can and will interrupt a lecture given by a right-wing speaker on religion at some public college. I am an atheist, but that doesn’t mean I need or have the right to interrupt anybody who talks about religion.

Big government is ever shrinking “freedom.” That is its intrinsic nature. Its bureaucrat elites want more and more control over We, the People. Harold argues: “We are in our essence social, part of the whole, hemmed in on all sides by fellow humans with a legitimate interest in what we do with our body.” But doesn’t that go both ways: anti-abortion and pro-vax / pro-abortion and anti-vax? If I wish to kill myself, I will kill myself, no matter what society and my so-called “fellow humans” dictate. I am a staunch individual, unchained by ideology.

Harold doesn’t seem to understand the reality of “debate”: “If we didn’t have those words and concepts, we would be incapable of engaging so naively, ineffectively—and pugnaciously—with others about those issues. All debates about these divisive issues would be improved.” In essence, “improved” translates into accord with Harold’s viewpoints and social groupthink. When debate is “improved” and no longer “pugnacious,” it is no longer debate, but rather social groupthink echo. Moreover, which grand inquisitors would define “naive, ineffective, and pugnacious”?

Harold evokes another term that he’d like to disappear: “‘Race’ has in fact been all but kicked out of the dictionary. It still appears there, but with an asterisk, as a discredited term.” And yet clearly “race” is a scientific reality just like male and female. Citing Wikipedia, for example, does not somehow eliminate that reality. Trans athletes, who are not biological females, are not women. But Harold and other indoctrinates would disagree.

Eliminating a word does NOT eliminate the reality the word depicts. Yet somehow Harold believes it would and does: “Presumably, police profiling or replacement anxiety (‘whites’ feeling threatened by nonwhites who are expected to become the majority in the U.S. by 2050) would be impossible if we no longer saw through ‘race’-colored glasses.” Now, how did Harold manage to avoid mention of CRT white privilege/black victim ideology in that sentence? Would eliminating the word “race” end rampant black anti-white racist commentary on the MSM and Jussie Smollett-racist hoaxes?

Harold then turns to the misinformation fake news talking point: “The word ‘objectivity’ seems unobjectionable, especially as a goal of journalism. But in the age of ‘fake news,’ it is big trouble in suggesting the actual possibility of God-like, totally unbiassed, no-dog-in-this-fight reportage.” True, but how about at least manifesting an honest attempt at objectivity. Newspapers like the Cape Cod Times could begin that effort by not endorsing politicians and CRT. But, alas, the editor of that newspaper, Anne Brennan, recently announced her goal was increasing diversity, not truth and objectivity.

Harold, unsurprisingly, brings QAnon and Trump into his anti-freedom screed: “Since that [un-bias] clearly doesn’t exist, the Right can claim that any old thing—QAnon nuttiness, Trump’s claims, against all actual evidence, of a stolen election, professional social media liars—has as much validity as the efforts of serious, curious journalists who make it their life’s work to get at and explain the facts.” But where are those “serious, curious journalists,” who are not pushing Democrat-Party narratives, and why no mention of Biden and the Left who “can claim that any old thing” is true, including the blatant misinformation regarding the border, inflation, the China virus, gas prices, and the laptop? Would eliminating the term “objectivity” somehow eliminate it?

Finally, Harold would like to disappear the term “nation.” Evidently, he is a globalist, which in reality means the creation of one mega-government of elites to rule the planet. Bigger government, however, inevitably results in less “government of the people, by the people, for the people” and more “government of the elites, by the elites, for the elites.” The end result of globalism would likely be full alienation of individual citizens. If my vote doesn’t matter much now, as in one out of 150 million, imagine how little it will matter then, as in one out of one or more billions. But Harold argues with a certain lack of clarity: “‘Nation’s’ [sic] usefulness is undermined by there being too many people for whom nationality, whether at our border with Mexico or Europe’s with Africa, is contradicted and trumped by humanity.” Go figure!