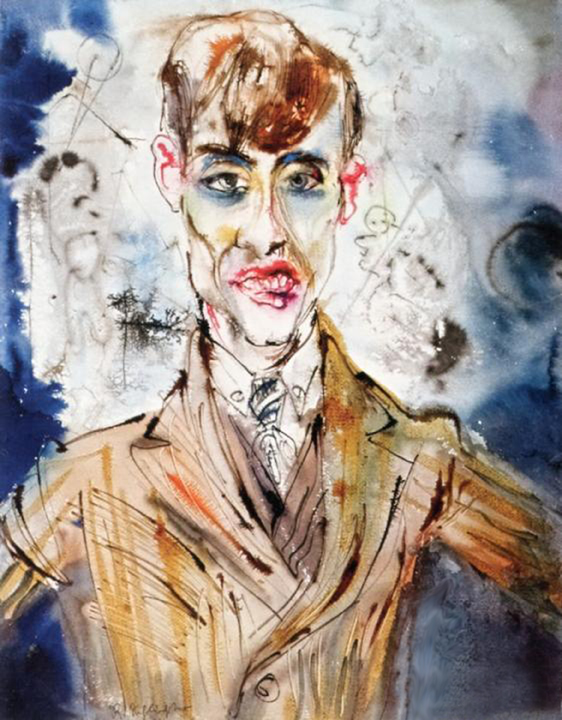 Thinking about impending congressional elections today is a little like anticipating a brawl on a NYC Subway car. You probably don’t know the contestants, you don’t care about the outcome, yet you will be trapped in a moving mêlée anyway, captive to a blood bath. Not that presidential elections are any better. Who predicted that Donald Trump would win in 2016 or who predicted the mayhem that followed—or that Trump could lose in 2020? And who would have believed that a hapless Joe Biden would snatch the White House keys in 2020 without leaving his basement at Rehobeth Beach?

Joseph Robinette Biden, aka “the big guy,” is living proof that tenure and generational corruption, not achievement, are the most potent forces in Washington, DC.

If you have ever suspected that contemporary “democratic” elections are a species of irrelevant theater, you are probably on to something. Elections never mean as much as we like to think, especially if we look closely at real political power in America. Indeed, the people’s choice and the wisdom of crowds are varieties of window dressing for the reality of contemporary politics.

The American left has already groomed the hearts and minds of most civil servants. Reinforcing hegemony, career government apparatchiks, like public school and now even private college pedagogues, have career sinecures.

Tenure is the enemy of learning and change—and the Trojan horse in every regime.

Nevertheless, woke and tenured is now a career aspiration for academics and bureaucrats of every stripe. Adding insult to atrocity, the infanticide (nee feminist) vote might be the decisive demographic in November.

Federal America, like the public school system, is the permanent social left, an ideological and very partisan super majority, if not monoculture. The battle for meaningful political control was won, or lost, depending on your world view, years ago; probably starting in the 1930s with the welfare state under FDR. The Democrat Party, America’s socialist if not now neo-Marxist majority, has absolute control of policy implementation through a now generational partisan Civil Service constituency in Washington and most major urban centers.

And political agronomy is absolute these days. Vested American nomenclatures appease the conservative, independent, or libertarian by going through the motions of elections. After the confetti and balloons disperse, the deep state, some say creep state, still abides.

In Washington, DC alone, Democrat Party voters outnumber all others 9 to 1. This critical mass staffs Civil Service, most mandarin positions, and legions of monied contractors; camp followers that make up the Beltway or DMV Democrat Party cohort. 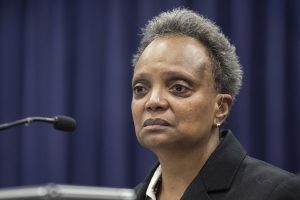 In urban centers like New York, Atlanta, Chicago, Seattle, and San Francisco; the permanent political apparatchik is also likely to be hard to the left – where he/she/it/they are dug in for the long haul. Elected groomers like Nancy Pelosi or Lori Lightfoot keep the faithful in line. Ms. Lightfoot is the real face of Christmas future in urban America – a viral species of nasty, woke, triggered, identity vulgarity.

Those legions of federal/state/municipal apparatchiks may not be homogenous, but they are political totalitarians. They have seen the light, know the way, and they brook no dissent. Just ask Donald Trump. Socialism, identity, and Davos globalism is still the real deal in and around the Beltway and out there in metropolitan sierra hotels where it counts.

The only common cause for both American political parties is, let’s face it, the status quo. Donald Trump rocked the boat on both sides of the aisle in 2016 which explains why he is still the burr under most establishment saddles. Indeed, the usual suspects, left and right, are still running against Trump, and he is not even on the ballot in 2022. The metric for success or failure today is Trump endorsed candidates, how well or poorly they do.

Unfortunately, as harbinger of real change, Trump only matters at the perceptual margins. The tone and temper of actual governance will look a lot like 2016 after November 2022. Donald Trump’s great contribution to politics was to expose rabidly partisan federal and municipal bureaucrats at all levels. That flash of truth was followed by departmental slow roll and obstruction, a putsch that consigned 2016 reforms, new policy, allies, and key staff to oblivion. That purge continues as we speak.

And yes, ladies and gentlemen, Joseph Robinette Biden didn’t win the 2020 presidential election. The slim margin in 2020 wasn’t for Biden so much as it was against Trump.

Afghanistan and Ukraine fails may well be the strategic book ends for a one-and-done Biden presidency.

If Republicans take one or both houses in the 2022 mid-terms, Beltway socialists will still be, as they are in California, a deep state permanent super majority. Common interests now unite government apparatchiks; so-called “news” outlets, Intelligence agencies, and the Justice Department, including the FBI. The usual suspects, not only spin propaganda and elections, but when they lose, they are capable of unleashing a sierra storm of opposition, propaganda, and indictments/prosecutions, if not sedition.

Ever wonder why any partisan Defense, State, Justice, or Intelligence Community functionary can go up to Capitol Hill, lie or prevaricate, and still come away with their job, tenure, and pension intact? Blatant, if not arrogant, mendacity is possible in DC because both culprits, congressional overseers and departmental fixtures, know that neither the White House nor Congress is actually in charge.

Who polices the Intelligence Community, the Defense Department, and the Justice Department? The deep state rules inside the Beltway where congressional “oversight” is a useful fiction.

Departmental mandarins like Dr Fauci can say “I represent science” just as confidently as unelected federal cops or departmental principals can say “I am the law.” Just ask James Comey or Christopher Wray. Law, like policy, is used to retain political power and punish political enemies.

None of this is news to deep state denizens. The status quo inside the Beltway is protected by binary myths. The first axiom is “no one is above the law,” a shibboleth honored most often in breach. A partisan deep state, and by extension their party allies, are not only above the law, but they’re proud of it. The federal scales of justice are blue and have been for decades.

Bill Clinton was an immunity icon.

A second establishment prophylactic features apples. Whenever some partisan actor is dumb enough to get caught or exposed, the knee jerk trope, on both sides of the aisle, is the “bad apple” defense; an excuse that claims one bad apple isn’t the barrel.

Inside the Beltway, as in the academy, the barrel is tainted; top to bottom.

Bipartisan defense of civil “servants” at Justice, State, Defense, or the Intelligence Community is born of cowardice and pervasive fear of the deep state, those departmental mandarins who have the power to implement a policy or kill it; a power underwritten by permanent tenure in every bureaucratic bailiwick.

The culture of partisan tenured corruption, unaddressed, runs wide and deep in American institutions starting with public schools K thru college. Commissars and dirty cops thrive and rise to the top in state and federal venues countrywide. America saw enough dirty tricks and bravo sierra at the Justice Department and the FBI in the past decade to choke every outhouse on Joe Manchin’s home turf.

So as we approach the next election, let’s not be too optimistic about the value of political wins and losses.  Politicians and congressional majorities may change, but operational control and bias in institutions like the Justice, State, and Defense departments is likely to abide as long as the American left has a super majority in those institutions.

Structural political culture is not necessarily altered by elections. Reform or change in America’s official hearts of darkness will be generational if it ever occurs. 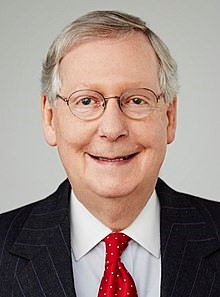 Prospects for “business as usual” are underwritten by a dearth of leadership on the American right. Kevin and Mitch are not going to lead Republicans, independents, or conservatives out of the wilderness. Indeed, Mitch McConnell goes along to get along. McConnell would rather be a minority mandarin than be a majority piñata.

And unlike Neocons, tacticians on the left no longer think Donald Trump is a joke. The establishment is unlikely to underestimate “the Donald” as they did in 2016. For Democrats, Trump, and Republican voters, by association, will be demonized as traitors, insurrections, and even fascists. Projection is now a political weapon. It’s just easier to run against the devil than it is to run for real accomplishments, real values, or real virtues.

Nikki Haley captured the 2022 Democrat Party attack strategy recently in a tweetable: “First they said we (Republicans) were ‘extremists,’ then they called us ‘deplorable,’ and now we’re ‘semi-fascists?’” Governor Haley knows an impending scat storm when she sees one coming.

And team Robinette needs to change the subject anyway. The Biden regime can’t run in 2022 or 2024 on war, inflation, shortages, recession, abortion, famine – or pronouns. Invective and proliferate spending are two of the few arrows left in the donkey quiver.

Name calling is the argument, especially for millennials, Gen X, and Gen Z; fragile souls that now believe that; credit is exploitation, loans are oppression, Twitter is truth, TikTok is rad, and Facebook is real fame. Woke trolls, perpetual adolescents, and American snowflakes are sure signs of social decay, a kind of viral, if not terminal, addiction to cultural infantilism. Comics are now literature.

And now with banality trending, Democrats broadside their foes at will; the January 6 prosecution, the Mar-a-Largo raid, indifference to the Biden family laptop, and whatever else helps divide, smear, demonize, or abuse anyone not sporting radical left livery. Student loan forgiveness is the most recent woke joke, pandering again to the snowflake cohort.

Why not use tax monies to buy young and clueless votes just before a congressional election? Money talks, bullshit walks. Alas, there are several road bumps that might slow the ruling party roll.

Most notable are: a recession, environmental recidivism, and the retreat, if not defeat, of globalism; all of which are enabled by an unnecessary, politically motivated, disastrous two year Covid lockdown and now an unwinable, if not masochistic, American sponsored war with Russia in Ukraine. A losing war, we might add, where Congress doubles down now with borrowed bi-partisan monies every two weeks or so.

Withal, the Kremlin and Jack Frost are about to give the EU and NATO their first realpolitik stress test.

If Brussels and Washington get though the coming winter with their knickers and giblets intact, it will be a miracle—or a tragic global nightmare. Cold, famine, and radiation kill more efficiently than HIMARS. Whatever unfolds, Europe and America will not be as sanguine in the Spring of 2023 as they were in the Autumn of 2022.

Good luck with that.

PrevPredictions and Premonitions
The Serowe Incident: A True Story of the British EmpireNext