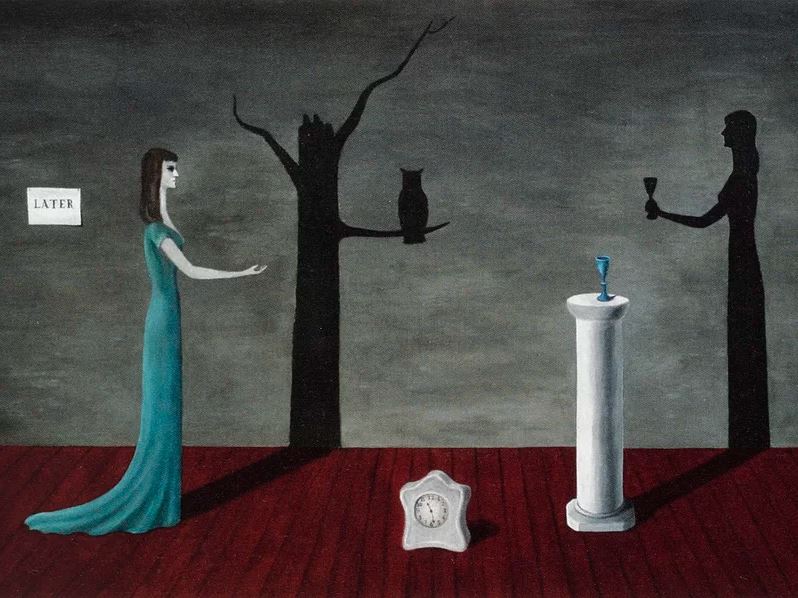 About sixty years ago, I went with my mother to Battersea Fun Fair. There was a booth with a palmist who claimed to be a gypsy. Whether she was or not, I have no idea; the interesting thing was the claim itself, for it pointed to a belief, no doubt derided when formally enunciated, that gypsies (or the tinkers in Ireland) were possessed of special powers. The palmist also claimed to be, or have been, patronised by the gentry: this must have been almost the last year in which such a claim would mean anything to the wider public.

Whether or not she was a gypsy, the palmist dressed like one, or at least as one imagined gypsies to dress—a bit like Carmen in the days before directors got hold of operas and made them unrecognisable, for example turning Pinkerton into a Nazi or Don Pasquale into a Martian. Of course, she had very large gold earrings the size of hula hoops and a checkered cloth over most of her jet black hair. I was young and oscillated between arrogance and complete lack of confidence in myself.

‘One hand or two?’ she asked when I sat at her table, complete with tablecloth and crystal ball.

This was not a question that I had been expecting.

‘What’s the difference?’ I asked.

I opted for one hand and held it out for her to read.

I remember three of her predictions for me, and I do not even remember whether she made any others. She said I would be educated, travel a lot and die at the age of eighty-four.

It is hardly for me to say whether the first prediction came true, for the answer—yes or no—depends on what you consider an educated person to be. However, by the standards of many people, I suppose that the answer must be Yes. Certainly, I have travelled a lot. I have yet to find out whether the third prediction or prophecy, that I will die when I am eighty-four, will come true, though the time to wait for confirmation or disconfirmation grows shorter. I have only twelve years to wait, and since twelve years ago now seems but yesterday to me, the words of the burial service in the Book of Common Prayer, ‘Man that is born of woman hath but a short time to live,’ have ever greater salience for me. It is, of course, perfectly possible that I will never find out whether the palmist was correct in her third prophecy: for example, if I were to die suddenly in my sleep or be shot dead walking down the street. But I have another way of calculating my age at death.

One of the best ways of determining one’s life expectancy, so I once read somewhere (so it must be true), is to add one’s parents’ ages at death and divide by two. If I do this, the answer comes exactly to the palmist’s prophecy: eighty-four. So eighty-four it is.

If I now die at that age, however, the question arises as to what part the prophecy played in its own fulfilment. From my eighty-fourth birthday to my eighty-fifth, I will be at least subliminally aware that the year has been predicted to be my last, and fear may kill. Normally we speak of dying of fright, but lower-grade fear, when chronic, might exert the same effect.

Having some time to waste recently before an appointment for which I had arrived early, I went into a bookshop and there found a book which captivated me quickly, titled The Premonitions Bureau, by a journalist called Sam Knight. It was principally an account of the life and work of a British psychiatrist, John Barker, who worked at a hospital only twenty-five miles from where I write this. Apart from his research into curing adultery by means of electric shocks, he was interested in precognition, that is to say the supposed ability of some people to foretell or foresee events.

Some people are given to an uncanny feeling of impending disaster, and of course since disaster is not of infrequent occurrence in human affairs, sometimes their predictions or prophecies come true. But do they come true more frequently than can be explained by chance? If you make enough predictions or prophecies that are not inherently ridiculous, some of them will come true; and if enough people make enough predictions or prophecies, some people will be found to have predicted events with much more accuracy than others. I always bear this in mind when my financial adviser lays before me the supposedly brilliant performance of my investments under his, or his company’s, wise guidance. Not only does he choose the time period over which his graphs extend, but also the scale on which growth or improvement is measured. Moreover, when he compares his, or his company’s, performance with that of competitors, he chooses which competitors with whom to compare the performance. Any superiority he naturally ascribes to skill rather than to the workings of chance.

Dr Barker believed at least in the possibility of precognition and, together with a journalist called Peter Fairlie, created a bureau to which people who had, or thought they had, premonitions (principally, but not always, of disaster) could write before the events occurred. Before this, people had always claimed that their premonitions had come true after the event, which is no kind of evidence at all, as I know from personal experience. When there is a knock on the front door, say by a delivery driver, I often have the slightly uncanny feeling that I was aware immediately before the knock that there would be such a knock. I am aware that this is a false feeling, but the awareness does not prevent me from having it.

Some premonitions are more precise: say, of an air crash in which two hundred people are killed. But suppose not two hundred, but two hundred and fifty, or one hundred and fifty, are killed, does that count as confirmation? After all, everyone knows how many passengers airliners carry, so it is not surprising that, on crashing, they kill approximately that number of people. The fact is that most premonitions are vague, and even more never come true.

What would be their use if one could show that they really existed? Suppose, for example, that I have a premonition that there will be a terrible air crash tomorrow somewhere in Europe in which two hundred people will be killed, and furthermore that I have a remarkable record for accurate premonitions. If as a result of my warning, all flights in Europe were to be cancelled, of course there will be no crash, but we should never know whether my premonition was correct or not, and I could not claim it as a success. The disruption to air traffic, however, would beyond doubt have been considerable, the annoyance and even suffering great.

The study of coincidence is plagued by similar problems. One can easily find the denominator, the coincidence, but what is the numerator? How many events does a human life contain, and what is to count as an event? At any rate, there are so many events in every life that it would be amazing—a coincidence, in fact—if there were no coincidences.

Perhaps the most astonishing coincidence in my life was the time an acquaintance of mine, with whom I had been very friendly but with whom I had lost contact for about ten years, telephoned my mother, whose number for some reason he still had. My mother gave me his number (this was all in the days before mobile telephones and the internet).

It is not that either of us flew to South America often or at least several times a year. On the contrary, it was a very rare occurrence for both of us. Nor had either of us seen the flight manifest, and I doubt that it would even have been possible for us to have done so. The coincidence seemed as pure as it is possible for a coincidence to be.

But in order to work out what were the chances of such a coincidence having taken place, we should have to estimate the numerical value of the initial conditions of its occurrence. How could that be calculated? We could not simply take the fact that we each of us flew to South America once every three years as the basis, combined with a knowledge of the numbers of flights to South America each day. This might give us an estimate of the chances of us being on the same flight, but it would tell us nothing about the coincidence of my acquaintance having called me on the very day before the flight after a silence of ten years. It seems to me likely (though I am no statistician) that no reasonable numerical estimate of the unlikelihood of these events could ever be given, nor could we give an estimate of the chances of going through life without such a seemingly astonishing coincidence having occurred during it. If we took a thousand people and asked them to recount the most unlikely coincidence that had ever happened to them, would there be anyone who would not be able to reply with something that seemed extraordinary?

Despite these considerations, I could not help but think of telepathy or some such that resulted in this coincidence, which is to say that it was not really a coincidence at all: and this despite the fact that I do not believe in telepathy, and all attempts to prove that telepathy exists have been either fraudulent or flawed. The thought that my acquaintance and I had been in some kind of ghostly communication remained in my mind however much I pooh-poohed it.

This, perhaps, explains the persistence of the belief in the supernatural in an age of science and hi-tech. Not only do we believe that there is more in heaven and earth than is dreamed of in the materialist’s philosophy, we actively want to believe it. One the one hand we want explanations and on the other we want there to be no explanations. The hold of alternative medicine is precisely that: the patient wants his illness to be understood by the medical profession but also wants it not to be understood, for no one wants someone else to have plucked out the heart of his mystery and therefore cease to be unique or special.

But to return to Dr Barker. Interested in, or obsessed by, premonitions as he was, he had no pre-awareness of the disastrous fire that was to kill twenty-six patients in his own hospital. That did not affect his belief, however: it is not necessary for there to be premonitions of every event for there to be premonitions. He himself was warned by one of his most accurate, or luckily-guessing, subjects, a piano-teacher in suburban London, Miss Lorna Middleton, that he was in grave danger, and he did indeed die very young, aged 44 in 1968, shortly afterwards. Did the premonition of Miss Middleton, of which he was aware, play a causative role in his death?

Theodore Dalrymple’s latest books are Neither Trumpets nor Violins (with Kenneth Francis and Samuel Hux) and Ramses: A Memoir from New English Review Press.