The Dark Side of TV 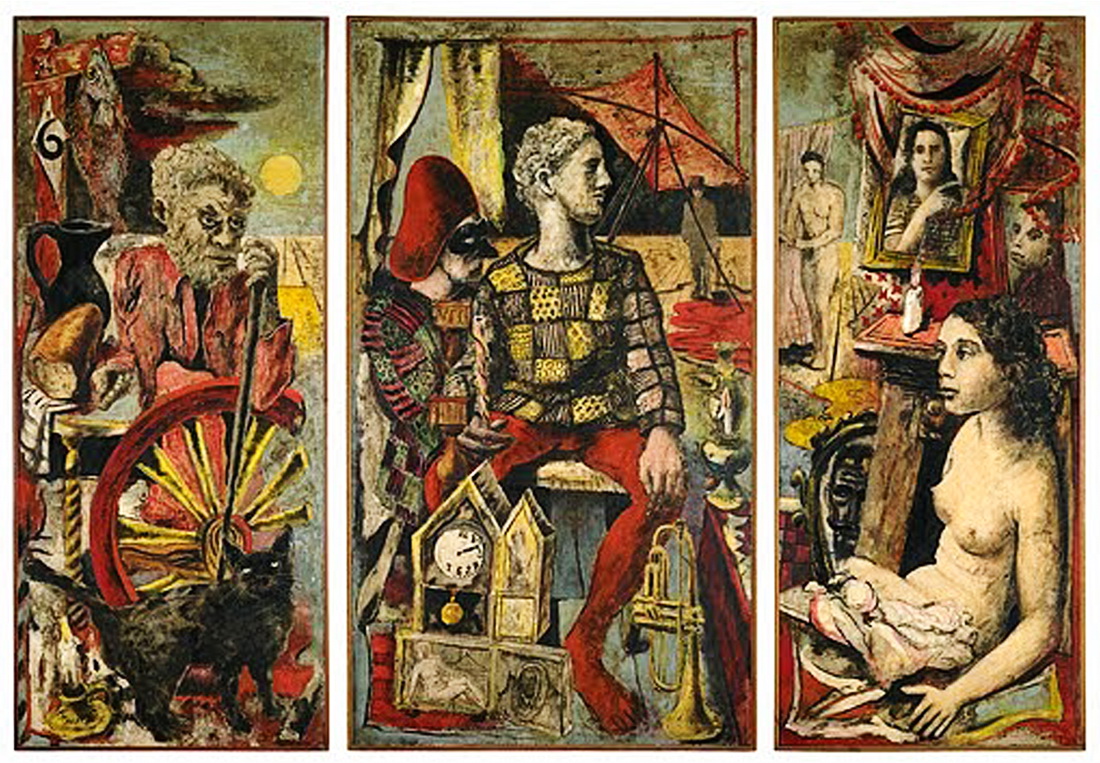 The medium of television reminds me of the ancient Greek story of Pandora’s Box or the Wooden Horse of Troy. Commonly referred to as “the box,” this secular-ethos machine of disinformation can be used as a Trojan devise, as it is one of the most powerful mind-controlling tools of propaganda to influence mainly weak-willed, gullible people.

Just like the Press, the visual-broadcast medium particularly targets those who are led by their emotions, prone to cognitive dissonance, and who rarely if ever question spurious narratives. Unfortunately, for such viewers, the dark side of TV regularly broadcasts many elements of a kind of woke, morphed socialism: The identity politics of race, gender, and sexual orientation, where perception is reality and inconvenient facts are discarded. Curb your enthusiasm to ever expect to hear the words “God” or “Sin” mentioned regularly, if ever, on TV.

However, on the odd occasion, TV can have a positive impact in STEM education programmes or the odd, wholesome entertainment show. This essay will focus on its predominantly negative effects in psychologically shaping immature people’s worldview, particularly children.

Read more in New English Review:
• Walking in Manhattan and Böcklin’s Isle of the Dead
• A Pair of Literary Judgments
• Facing the Egalitarian Heresy of the 21st Century

During the era of the Sexual Revolution, TV sales and rentals had reached their peak in being one of the most sought-after domestic items of technology. On TV in 1967, the singer Tom Jones sung about “Delilah,” a tragic woman who cheated on her lover. Some of the lyrics:

At break of day when that man drove away, I was waiting

She stood there laughing

It’s interesting to note that during that time when Jones sang this song, broadcast on the Ed Sullivan Show, the knife/stabbing reference wasn’t an issue. But the censors wanted another line removed: ‘At break of day when that man drove away’ to be changed to, ‘At break of day I was still ‘cross the way’. They thought the original lyrics suggested the man had spent the night with Delilah.

Many people probably thought back then, how wonderfully moral the culture-controllers were for censoring such a reference to fornication on TV. But the sceptic in me wonders was it too early to turn up the heat on the demons in the Trojan Box? Gotta keep the morality appealing in order to get more of those TV sets into every Christian household, especially in Third World countries. The trick with indoctrination is that it’s most effective if it’s incremental and almost invisible, thus subliminal.

Alas, after 70 years of salami-slicing of the culture, we’ve reached the mainstreaming of sexual depravity on both the internet and TV. We’ve gone from Bible-oriented family values on a tiny fuzzy television in the early-1950s, to the debauchery of the recent NFL Super Bowl sexually explicit halftime show on primetime TV (women dressed in the scantiest outfits, while gyrating on poles and simulating sexual movements with legs spread wide open), watched by one-hundred million families across the USA.

Meanwhile, on the other side of the sea in the UK, there is Naked Attraction on Channel 4; a TV show where young women and men get to pick a nude person of their choice with their sexual organs graphically exposed close-up to the viewers on a giant TV flat-screen.

Are such women and men on these shows objectified and degraded? If so, where are the #MeToo virtue-signallers? No doubt, low-information sexually liberated viewers will sit back and be distracted by watching such sordid, soft-porn content, via the greatest political control device for the dumbed-down masses ever concocted.

In the UK Spectator magazine (December 2, 2018), Theo Hobson wrote that the above show was wrong, as it is a very pure act of dehumanisation. “It contributes to a culture of superficiality, insecurity, body-fascism (while of course telling us that it is fighting these things). It contributes to a popular culture that lots of sensitive young souls would literally rather die than suffer,” he added.

Even the half-naked contestants in some reality TV shows think nothing of saying rude things or exposing themselves to the nation. On the hit ITV2 show Love Island, a female contestant spoke about how she fancied a fellow contestant called Tommy, saying how excited she was when she laid eyes on the 20-year-old sportsman, and thought about him “eating her,” “destroying him,” and having “f***y flutters,” while in turn, he spoke about “climaxing.” When she won the contest, her proud father gave full approval and support to the couple, as he’s “a modern dad” and “she’s still my little girl and always will be.”

In an essay in Takimag (Nov 3, 2013), Theodore Dalrymple wrote: “ . . . One of my deepest prejudices, namely that television is, if not the root of all evil, at least the root of much evil. That is why I haven’t had one for more than forty years.” Dalrymple went on to say, in his experience, TV people are as “lying, insincere, obsequious, unscrupulous, fickle, exploitative, shallow, cynical, untrustworthy, treacherous, dishonest, mercenary, low, and untruthful a group of people as is to be found on the face of this Earth”.

With all that in mind, spare a thought for the few decent, talented folk working in TV who have to keep their heads down for fear of being fired or ostracised. And the same applies to the print media and beyond, where toeing the party line is essential for survival.

Of course, there is nothing inherently evil about a TV set, which is a material object, just like a gun, machete, or computer. However, to repeat, like most things in life that have the potential to be negative or positive, TV can also be a force for the latter but unfortunately, it’s been infiltrated and hijacked to broadcast predominantly immoral content. A demoralised people obsessed with sex are easier to control because they are distracted from government failures, and the (UK) State uses taxpayers’ money to pay the wages to TV staff (some popular talk-show hosts can earn tens of millions euro/dollars per year).

But along with its negative programmes, one can’t continue to reach an audience using negative content alone. TV was, and still is, used as poison with a spoonful of honey to also broadcast wholesome topics to gain mass viewership. Programmes back in the 1970s like The Brady Bunch, The Walton’s (first few seasons), or Little House on the Prairie were sweet, Trojan Horse bait examples of clean, family viewing, as well as some travel programmes and university quiz shows.

In contrast to the wholesome content, TV often champions the underdog, victimised misfits as model citizens in order to undermine Western society. Then there’s the talk shows. The BBC’s Question Time is a good example of a show that has lapsed into a stupor of studied indifference for many viewers, so says editor and social media commentator, David Vance, who recently wrote in AltNewsMedia:

A typical bastion of liberal BBC values, it carefully picks those who appear on the panel. For the last number of years, it has stuffed the panels with pro-EU Remainers, and it is viscerally hostile to any view which does not conform to the metropolitan elitist values at the heart of the BBC.

As for the BBC’s entertainment content: A wall-to-wall drama woke-fest of identity politics. But it’s not just the UK’s national broadcaster. In June 2016, the Irish author of Give Us Back the Bad Roads, John Waters, once gave a talk in the Iona Institute on The End of Debate. He spoke about the Irish National Broadcaster, RTE. Regarding panel discussions on TV, he said that on one side, the side that was approved, the voices were usually those of people who were regarded as good-thinking, right-thinking citizens (Generation Woke).

Invariably what they sought to put on the other side were people who were set up to lose the arguments by virtue of representing a view which could easily be disposed of on the basis of, for example, being Catholic.

Mr Waters said it was never a TV debate but a drama. “Just like in the spaghetti westerns, you always knew the bad guys because they had moustaches and laughed too much; you always knew the Catholics on the [TV] panel because they said certain things in certain language and they usually had dandruff; this was a prerequisite: if you [a ‘baddie’] wanted to get on to panels on RTE, you had to wear a dark jacket and have dandruff.”

But does TV radically change people’s attitudes and worldview? Back in May 2012, the former American Vice President, Joe Biden, spoke of the power a TV sit-com had in changing attitudes, in the culture, on gay marriage. On NBC’s Meet the Press, he said such a shift begins “when the social culture changes. … I think Will & Grace did more to educate the American public more than almost anything anybody has done so far.”

In The Devil’s Notebook (1992), the founder of the Church of Satan, Anton LaVey, said: “The birth of TV was a magical event foreshadowing its Satanic significance . . . Since [April 30, 1939] TV’s infiltration has been so gradual, so complete, that no one even noticed.” LaVey referred to a TV as a Satanic altar in a room.

But don’t take LaVey’s word for it; read Primetime Propaganda by the author Ben Shapiro. And you don’t have to take Shapiro’s word for it either, as the hundreds of main TV players he interviewed told him what many now suspect: television has been used over the past sixty years by Hollywood writers, producers, actors, and executives to promote their liberal ideals, to push the envelope on social and political issues, and to shape America in their own leftist image.

Shapiro’s book claims that “many of these insiders boast that not only is Hollywood biased against conservatives, but that many of the shows being broadcast have secret political messages.”

Most TV content (not all) is rooted in the materialism that dominates the world. But humans are ultimately spiritual beings. In the Bible, John 15:19, Jesus says, “If you were of the world, the world would love you as its own; but because you are not of the world, but I chose you out of the world, therefore the world hates you.”