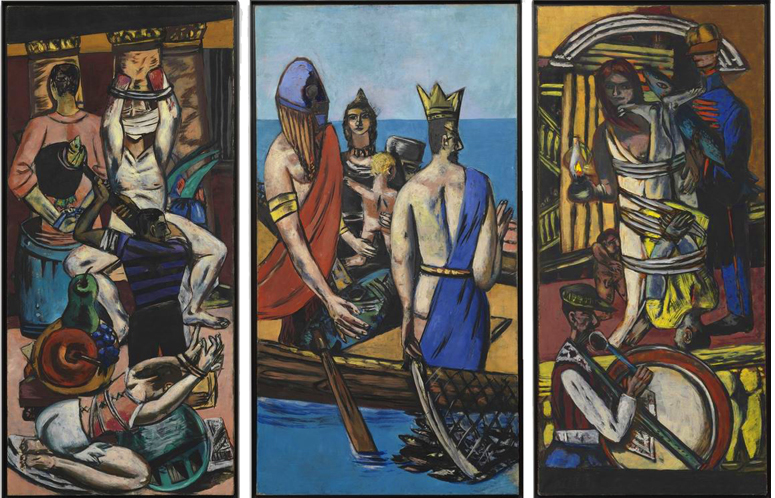 When organizations, professing to be free-speech/free-expression advocates, are run by elite academics, elite journalists, and/or even elite politicians, they need to be examined and questioned and challenged. When they are run by identity-politicians, they need to be confronted. Over the years, as a fervent free-speech advocate, I’ve stood up and done precisely that with regards a number of questionable free-speech organizations, including National Coalition Against Censorship, Comic Book Legal Defense Fund, PEN, ACLU Massachusetts, Barnstable County Human Rights Commission, and American Library Association Office for Intellectual Freedom (see 15 Threats to Free Speech, Justifying Suppression of Free Speech, PEN: An Ethical Consideration, Commissioners of the Barnstable Human Rights Commission, American Library Association, and ACLU/Massachusetts).

Free-speech hypocrites, as well as those who are not hypocrites—but rather openly against free speech—need to be criticized. Ironic: YouTube CEO Susan Wojcicki receives Free Expression Award from pro-First Amendment group, an article by Tom Parker published in Reclaim the Net, grabbed my attention and provoked me to write this essay, as well as create a satirical aquarelle. The fact that YouTube, known today for censorship (e.g., censored the President of the United States!), actually sponsored the Freedom Forum Institute’s (FFI) awards ceremony, is mind-boggling, not only because Wojcicki, an upper-echelon YouTube employee, received an award from the Institute, but especially due to Wojcicki’s statement:

We’re removing content that violates our policies. You can go too far and that can become censorship, and so we have been working really hard to figure out what’s the right way to balance responsibility with freedom of speech.

How does someone who makes such a statement get anointed as a free-speech heroine? Only in an Orwellian world or institute can that occur. Patty Rhule, Chief Content Officer and VP of the FFI, openly reveals its egregious left-wing, identity-politics bias in her somewhat mind-boggling (oops, did I already use that term?) synopsis, Perspective: Free Expression Awards—How Nine Honorees Used Their First Amendment Powers. Did those “honorees” use those powers in an attempt to decrease free expression? Well, Wojcicki certainly admitted that she did. Rhule presents PC-compliant statements, one per award recipient, including:

Do you choose to exercise your freedom of expression on social media to “cancel” people whose ideas or actions offend you? Or do you use it to build coalitions, like FEA honoree DeRay Mckesson, an educator and activist, who used Twitter to assemble a worldwide social justice movement many hope will help end centuries of injustice against Black Americans?

To be truthful, the question should have been: ” . . . or do you use it to build coalitions that despise freedom of expression?” A thinking individual might wonder how Black Lives Matter, the “social justice movement” in question, can be equated with free expression and how someone who helped spread the movement like a rioting plague across the nation received a free-expression award. After all, BLM is known for its violence against free expression. Try standing before a group of BLM rioters and simply state, for example, “All Lives Matter!” Good luck! BLM was founded by devout Marxist communists. Communism is the antithesis of free expression . . . unless, of course, it has fully perverted the very meaning of the term. Samizdat was created to counter communist-controlled expression.

You could harrumph from your easy chair about “unpatriotic” athletes who use their platforms to draw attention to the nation’s injustices against people of color by kneeling on the sidelines. Or like FEA honoree Gen. Colin L. Powell, who has led men and women into wars where too many died defending American ideals, you can defend the rights of all Americans to burn the American flag in protest as one expression of those same shimmering ideals.

Identity politics—skin color, sexual orientation et al—not free expression—seems to be the underlying common-denominator for each recipient. NPR, as another example, is certainly not a bastion of free expression (see here and here). Rhule states, regarding the NPR honorees:

You could go on the radio and amass a wide audience spewing jokes that mock the LGBTQ community, minority groups and women. Or you can challenge gender inequity, as FEA Lifetime Achievement honorees Susan Stamberg, Nina Totenberg, Linda Wertheimer and the late Cokie Roberts—the founding mothers of NPR—did when they brought the perspectives of women to the airwaves in the ’70s, when female voices weren’t deemed “authoritative” enough to deliver the news.

YouTube is an integral part of the cancel culture that Rhule seems to denigrate in her statement on honoree McKesson . . . thus the oddball quandary of its very hosting, as sole “signature sponsor,” of the free-expression awards ceremony in which one of its very own received an award. Rhule states:

You could create false narratives in slick videos about debunked conspiracy theories that quickly go viral. Or like Susan Wojcicki, YouTube chief executive officer and an FEA honoree, you can help navigate social media’s evolving narrative on censorship, free expression and social responsibility.

Now that’s a good one: “social media’s evolving narrative on censorship.” More truthful would be: “social media’s evolving role as principle free-expression censor.” But truthful somehow is not part of the Freedom Forum Institute’s concept of free expression. After all, each of the institute’s ten “Honorary Host Committee” members is a political hack—3 RINOs and 7 Dems—including Pelosi, Schumer, Warner, and Klobuchar. Do We, the People really expect truth from political hacks? In fact, do we really expect advocacy for free expression from such hacks? Or do we rather expect them to create a distorted definition of the concept to serve their nefarious purposes? Examine, for example, Schumer calls for amending First Amendment to limit political speech, Nancy Pelosi is on her way toward killing free speech, and Amy Klobuchar Knows Exactly What She’s Doing, and It Should Scare You.

As for the Institute’s “Steering Committee,” several members stand out as definitely not free-expression advocates, including CNN media hacks Wolf Blitzer and race-obsessed April Ryan. Then there’s wife/husband media hacks Connie Chung and Maury Povich. The FEA is hosted by yet another media hack, NBC’s Lester Holt, who pushes the “misinformation” narrative-ploy used to decrease free expression. In essence, who gets to judge what information is “misinformation”? The media hacks who pushed the Russia-hoax “misinformation”? Juvenal brilliantly stated, centuries ago: “quis custodiet ipsos custodes?” Holt argues:

Providing an open platform for misinformation for anyone to come and say whatever they want, especially when issues of public health and safety are at stake, can be quite dangerous. Our duty is to be fair to the truth . . .

And what is the truth? Anything backed by the Democrat Party and its media cohorts? The implication of the concept of “free expression” is keeping the doors open, not closed. If some information is bad, it should not be censored, as Holt and others in the Freedom Forum Institute have advocated, but rather more compelling, fact-based, reason-based information to counter it should be presented.