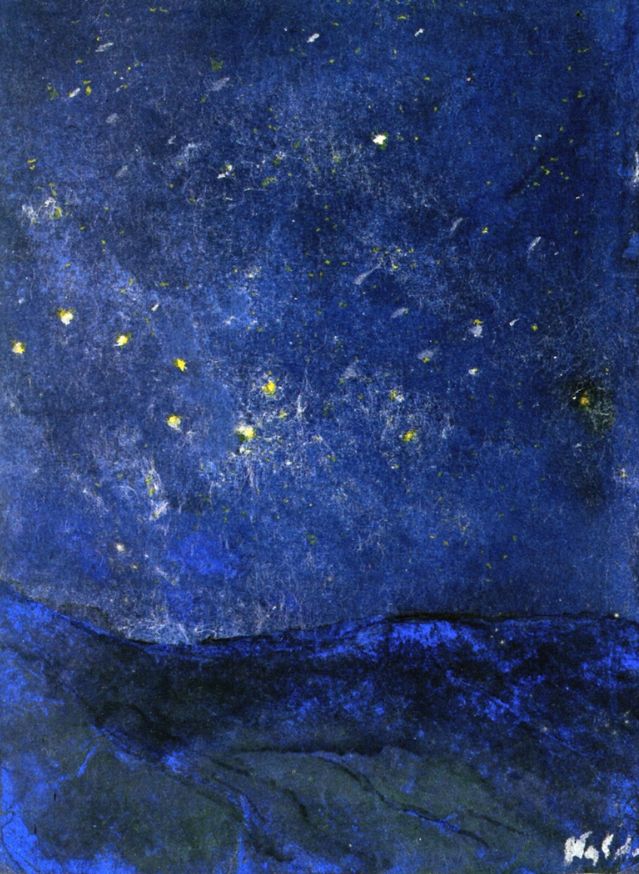 “We called you in, Dr. Waxman, because of your expertise in using ‘truth serum’ drugs for restoring memory in those with no apparent trauma-induced amnesia.” Chief of the CIA Interrogation Department, Abner Gorth, folded his hands and looked around the small room.

Waxman faced Gorth, “My methods have been successful in pathologic grief and other types of hysteria reactions. I hope this is not a request for me to replace lie-detectors for stimulating impaired recall.”

Gorth sat back. He wore a Navy blue suit and striped red tie as did the other agents. His light brown hair was close-cropped at the temples, military style like the other two. “No, Dr. Waxman, remember four years ago, you were called up to use an experimental barbiturate on a supposed UFO abductee?”

“You got her to reveal some strange things that were done to her and things she heard in a then unresolved language.”

“Then? You’ve been able to crack the dialect?” Waxman tugged at his tan sportcoat sleeve.

“Listen to the tape from Rigani and then to our interpretation completed yesterday.”

“It’s taken four years to do that!?” Waxman clutched the arms of his chair. Waxman had traditional parted long black hair and absent necktie. He had the same athletic build as Gorth.

The first part of the tape sounded like Rigani in a monotone female voice making strange noises in short abrupt sentences. The next words were not hers but an interpreter speaking English.

“These Earth specimens look much like us. The gases they breathe are similar but the exchange is in the chest and not the neck like our people. Our scientists can use their unique respiratory system and reproductive system for a successful invasion without any casualties to us.”

Gorth stopped the tape, “That’s all we have. However, several other UFO returnees have also repeated a similar story. Their memory banks behaved like a recorder for background dialogue.”

Waxman felt his palms sweat. “What do you need me for?”

“We need more information. Our current technology has determined that the returnees have more such alien input, but we can’t get it out. We need your latest truth-releasing drug to unblock the stored data from their brain’s hippocampus.”

“Look Mr. Gorth, it’s true that the hippocampus is the human body’s memory file. But, I’ve never probed for storage of what was heard by any victim or patient to the extent of actually capturing the words of a different dialect. Rigani’s alien language release was spontaneous.” Waxman felt his pulse increase. This was exciting. He also felt it was a task that had to be done.

“You were successful with Elisa Rigani, even though you weren’t looking for such a response. We need you to try again. We’ve brought Rigani to Bethesda Naval Hospital. She’s agreed to another session. She’s agreed because of her nightmares.”

“Nightmares? Like what?” Waxman knew his query was telling Gorth he would do another job for them.

“She wakes up speaking in the strange verbiage not knowing what she’s talking about. That’s what makes them nightmares.” Gorth turned a recorder on and played the alien words.

“What do they mean?” Waxman shifted in his chair as Gorth activated the playback in interpret mode.

Rigani’s voice was now in robotic English, “We can send these Earth specimens back to their planet. We have placed them in high density populated sectors. Their four years of Earth time are only a week in our galaxy. An area called China will be the first. We have the most specimens from there. The other sectors will activate in rapid sequence.”

Rigani had just turned thirty. She was an attractive, intelligent redhead, and did not seem excessively nervous. She remembered Waxman and felt comfortable with his manner.

“Elisa, we’re going to do nothing different from what we did four years ago when the aliens returned you to your home. Like the last time, you’ll be asked about the people you saw, the things that were done to you, and this time by specific focus on what things you heard in the language around you.”

Rigani smiled, “I don’t even realize what I’m saying when I respond. I mean, the nightmares I have. I wake up frightened, talking gibberish.”

“All we need to do to help you, and help us, is to get every bit of speech memory your brain has stored from your UFO event. The benefit to you will be an unloading of unpleasant stored thoughts, which will be cleansing and remove residual fear from your alien experience.”

She looked around the Bethesda Hospital recovery room. Gorth was there with a recording technician and two CIA agents as guards.

“Like before, I’ll be monitoring your pulse, blood pressure, and oxygen levels as we do with any intravenous drug administration. Are you ready?”

She nodded a yes.

“I’m injecting the drug now. I want you to just focus on the drip chamber of the IV bag. The drops are going in slowly. I want you to tell me when my voice sounds like it’s fading—moving away from you.”

Rigani listened to the routine questions about who she was, where she lived, when she was taken away by the UFO. She spoke in a soft tone, “Your voice is getting distant.”

Waxman then keyed in the query to take her back in time and place, and finally to repeat the voices she heard around her.

A device attached to the tape recorder changed the alien dialect to English. The words sounded mechanical. “The tissue in Earthling lungs has three important cell types. One cell is for oxygen-carbon dioxide exchange, one for producing mucous to moisten the air, and one type to drive excess fluid or foreign microorganisms out of the lung’s tissues.”

Waxman nodded to Gorth that this was true basic human lung anatomy and physiology as they continued to listen.

“It is this last cell type that is useful for us. This cell has hairs on its surface, called cilia, that wave like Earth wheat in a field. The direction is toward the voice box. If this function is disabled, when infection occurs the bacteria and other submicroscopic infectious agents will remain and destroy gas exchange. Most Earthlings will die. Our studies are conclusive. Any cell type with such hair cells will also cease to function. The male of the species has a reproductive cell called spermatozoa, which has a hair-like tail providing movement necessary for fertilization inside the female. Immobilize this sperm and reproduction will not happen.”

Waxman and Gorth looked at each other in puzzlement. The Alien interpreted speech continued from Rigani’s conscious sedation. “Our new virus, renders cilia in the lungs and sperm-tails produced by testicular cells paralyzed—unable to move. Thus, decreased lung function will kill many humans and those still alive will lack the ability to reproduce. Given their average life span, Earth will be depopulated in less than a hundred years, which is less than four years our time.”

Rigani paused as she introduced a different voice in the alien tongue. “So our invasion of the planet Earth will be at no loss of life to us. When do we activate the virus in the human Returnees.”

Another pause and the reply, “We will start in the earth year of 2019. The time-encapsulated implant of the highly contagious virus is programmed to release the organisms within our Returnees in December of that year. It will also be seasonal to continue to mutate and reinfect survivors and those who may not have been initially exposed.”

Waxman, Gorth, and the CIA guards stared at Rigani with open-mouths.

Waxman stood up and was first to speak, “Every man, woman, and child on this planet will be dead.” He swallowed hard, “What do you want from me…from the medical sector?”

Gorth rose from his chair, “From the medical scientific community, we need a nationwide plan…now…to prevent such a pandemic and destroy this alien virus. From the global military we need to step-up our detection and interception of UFO’s, which will be actively monitoring their infestation of the virus. We feel this observation requires their physical presence.”

Waxman looked at the floor and silently prayed for guidance.

The CIA agents looked out the window and up to the sky as if scanning for UFOs.