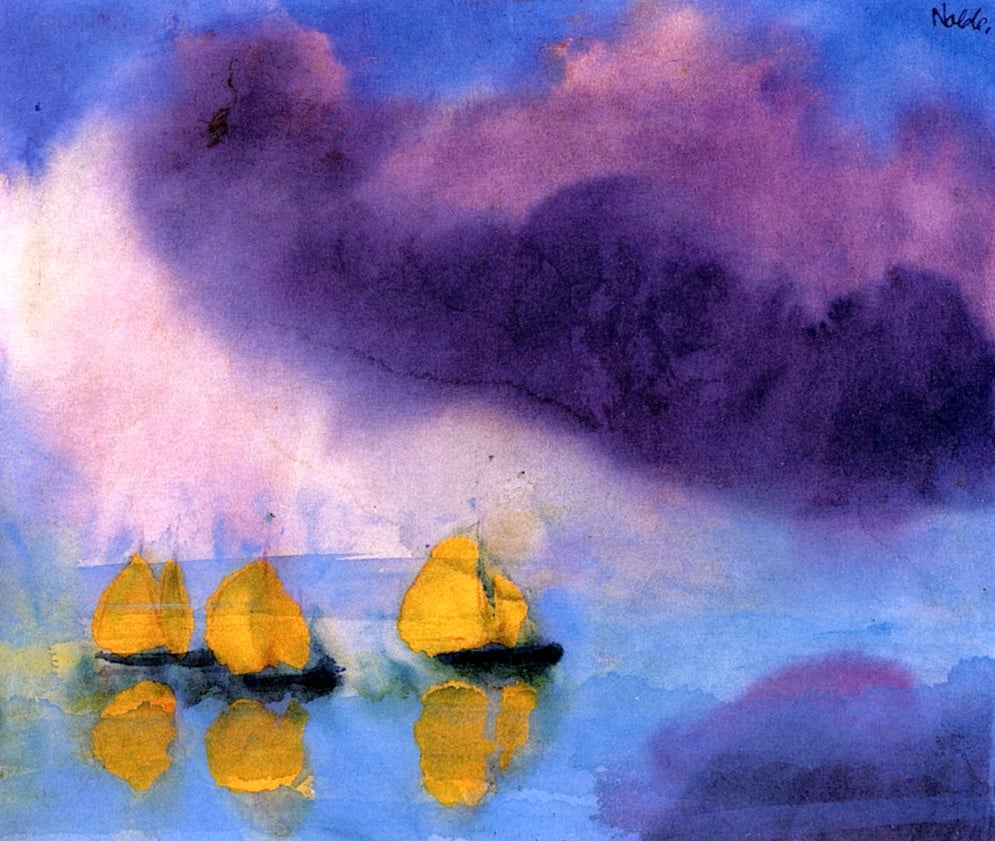 In a violet sea was an island of many mountains that were all shadows, for the day was almost over. Along its shore floated a small boat that was so close that the people who were also all shadows could see that lying within it was a half-asleep man wrapped in a shroud. But as the people of the island were unused to such sights, they said nothing.

The face of the sea was still, but for the boat and the water in its wake, which glistened. But just as the boat floated past the midpoint of the island, the people turned to the sky and saw that all the stars that the boat had floated under were gone. So, the people grew afraid, for they saw that the half-asleep man was taking their stars.

The madman looked ahead, for he could not bear to turn backward again. But in the sky ahead there was left one star and the madman seeing it loved it with all his madness. And with his face fixed to that star he told the half-asleep man that if he would but spare it, he would lie in his place for the day that was life and the night that was death. Hearing this, the half-asleep man sat up, removed his shroud, wrapped it around the body of the madman, laid him down into the boat with his face toward the sky, and with a sign of holy promise dived into the violet sea.