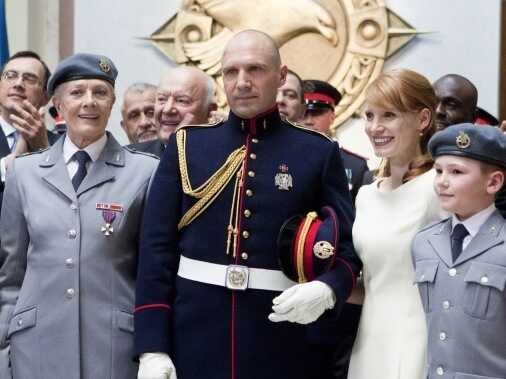 ‘I am sick and tired of trickle-down economics.  It has never worked.’

President Biden takes sides in a controversy that is only just younger than time.  I touch down on a notable moment, Shakespeare’s CORIOLANUS.  The opening scene shows the Roman mob in angry mood.

‘Enter a company of mutinous Citizens, with staves, clubs and other weapons.’  This is street violence, the politics of gilets jaunes.

Inflation and the cost of living has inflamed the mob, with the price of bread spiralling upwards.  The patricians–the ruling class–have, says First Citizen, patently of the militant tendency, ‘storehouses crammed with grain…make edicts for usury, to support usurers, repeal daily any wholesome act established against the rich…’  He is referring to what we call nowadays interest rates and bankers. The same passions are at work today.  But there is a case for bankers, and it was known as the Fable of the Belly.

This is put by Menenius.  He is of the patrician order but is the acceptable face of their rule.  His function is to make liaison between his class and the plebeians, and to present the actions and motives of his class in the best light.  And Menenius would agree to that description of his functions, holding that they are essential for a decent ordering of society.  He defuses matters through a blend of calculated bonhomie and political sermonizing.  First comes the straight party line, ‘I tell you, friends, most charitable care/Have the patricians for you.’

Then comes the prolonged Fable of the Belly, a discourse that provokes the crowd to listlessness. Economic theory usually does, and a later generation, which knows the same fable as the Trickle-Down theory behaves in much the same way.  Menenius is allowed with minimal heckling to expound his view that the belly supplies the rest of the body.  ‘Though all at once cannot see what I do deliver out to each’ every part benefits from the belly.  So, ‘The Senators of Rome are this good belly,/And you the mutinous members.’  Argument from metaphor is always a tricky business, and Ist Citizen, from whom one could have expected something crisper, has only the lame ‘It was a answer.’  The discussion is halted by the arrival of Coriolanus, but the debate is eternal. Essentially, two theories of society are on offer.

The 1st Citizen sees a direct confrontation in class terms, patricians versus plebeians, the few against the many.  Let the many show their power.  He is easily seen as a spokesman for proto-Marxism.  Against him the doubts and reservations of the 2nd Citizen–who simply does not care for attacking aristocrats with an outstanding war record–are expanded by Menenius into a theory of social interaction, in which the nobility and wealthy are vital to the well-being of the community.

The unresolved debate between two theories of society is the intellectual frame to the action.

The fate of Coriolanus offers some clues to the world we live in.  He is a leader of the hard Right, who loses an election he should have won.  His outspoken views on class go too far, and Coriolanus takes up the standard position of the ultras through the ages; If we concede anything, everything goes.  Concession to ‘the greater poll’, the weight of numbers, leads to a general anarchy, ‘where gentry, title, wisdom,/Cannot conclude but by the yea and no/Of general anarchy’.

Shakespeare weights the scale in the political denouement before a general assembly. ‘What is the city but the people?’ asks the tribune Sicinius, and his hearers chorus back ‘True,/The people are the city.’

A fair claim, one might think.  But Shakespeare does not exactly grant it.  The chorus of ‘The people are the city’ is given the speech-heading ALL [PLE.], not CITS.  The citizens are not co-extensive with the plebeians.  The patricians belong too, and their chosen instruments of financial control, which now include the Laffer curve, have their place in the polity.  Those who expect history to provide a final refutation of 1st Citizen or Menenius are still waiting.