For the Love of God, Would You Please Stop Being Stupid? 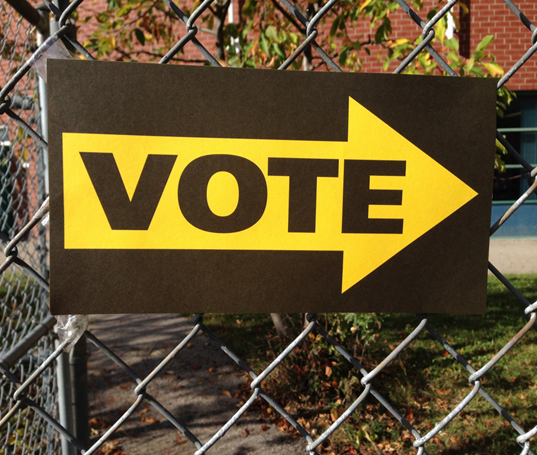 “The problem with the world is that the intelligent people are full of doubts while the stupid ones are full of confidence.”

“Over the years, the right in America has spent an enormous amount of time explaining why the left is violating the rules, rules often formulated and imposed by the left, as if proving this point will make the left vanish like a puff of smoke. The left has gone from triumph to triumph while the right congratulates itself on carefully documenting their hypocrisy regarding their own moral claims.”

Don’t forget, the Republican Party has been known for years (by their own constituents!) as The Stupid Party. And for good reason (just to take one example out of many, Republicans did not fight in Alaska to prevent ranked-choice voting with the result that the Democrat who got 40% votes gets to be the Representative, over the Republican candidate who got 60% of the vote, one more instance of Democratic electoral fraud. Wait to go, Republicans! Only you can snatch defeat from the jaws of victory. Again and again.

In the old movie Alien, a predator is unwittingly brought into a spaceship. Starting out small, it steadily becomes unstoppable and increasingly lethal while the bewildered crew is picked off one by one. At one point, the remaining crew asks the resident android how to kill it and his response, in a surprised tone is, “You still don’t know what you’re dealing with, do you?”

The country is on the verge of being completely taken over by the Communists. Censorship is rampant. Political indoctrination is taking place throughout every institution, state or private. The major news outlets are propaganda outlets. Formerly neutral government agencies are being oriented against dissenters. The economy is being destroyed. There is an invasion on the southern border. And, of course, you have the (traditional) Democrat election fraud now and then.

The reaction of conservatives has been . . . to bitch and moan. And watch Fox. Then, they cluster together and preach to the choir and never attempt to reach out.   “The only thing necessary for the triumph of evil is for good men to do nothing.” —E. Burke

It is not inconceivable that this election may possibly be the last free election that we have. Perhaps not.

If so, it is because Republicans are (once again) ignoring when Opportunity is knocking—banging—at the door. And because they are stupid.

Democrats are supporting men participating in women’s sports and being in girls’ bathrooms. Democrat district attorneys are releasing criminals without bond who go out and commit theft, murder and rape.

Democrats are causing the biggest rise in food prices and gas prices in 40 years.

Democrats are imposing censorship in television, the internet, the schools and in businesses.

Democrats are forcing people to take defective vaccines that have killed many.

And are Republican candidates forcefully bringing this up in ads?

That would be rude.

The prissy conservatives don’t want to offend anybody. Certainly not the media.

Traditionally, TV/radio ads by Republicans have been, and continue to be, moronic. “Bill Blow is a veteran. And he owns a potato warehouse. So let’s send him to Congress!”

Or equally moronic ads showing the candidate shaking hands with people (actors) and seemingly listening to actors’ concerns (there were ads in Texas showing John Cornyn listening and talking to jes’ plain folks. Nobody has seen the sonofabitch in the state for years). Over half a century of these ads have yielded no results.

Here’s another old, worthless tactic: yard signs that have the name of the candidate, without saying what he is for or against. “It’s name recognition!” is the usual excuse.

The fact that the RNC uses the same ad agency as the DNC says everything you need to know about the intelligence of the Republican politicians and the people running their PACs.

A couple of Republican politicians (or their managers) decided for a change not to be stupid and put out a couple of great ads, which have made liberals go berserk. You can view them here, here,  here, here, and here.

Have other Republican candidates followed suit? Of course not. That would necessitate that they be intelligent.

In the hopes that there are nevertheless other intelligent candidates out there—and there are some—let me throw out a few slogans that can be put in newspapers, TV ads, billboards, banners, handbills, etc. Pamphlets could be handed out in colleges, flea markets, streets. They could be placed on windshields. They could be left on doors. These tactics should be on a statewide, nationwide, level. Here are a few:

If you want more crime

If you think men should have abortions

If you want even higher gas prices

If you want more censorship

If you want illegal aliens to keep getting $3K a month

If you want even more crime

If you want to pay more for food

Then by all means keep voting Democrat.

Or you could vote for Republicans.

Remember when Democrats locked down the country for months?

Remember when we couldn’t work, but Democrat politicians could?

Remember when Democrats forced people to wear those useless masks, but they didn’t?

Remember when Democrats used the pandemic to abolish our rights?

Remember when they canceled holidays, baptisms, weddings, churches, proms, while they partied?

Kick them out of office!

In other words, vote Democrat.

Haven’t you learned anything?

The above are just a tip of the iceberg and can be used with or without visuals. The airwaves, radio, TV, internet, should be flooded with the above. And don’t wait for the fossilized Republican Party to act! James Madison wrote in 1787 that “Enlightened statesmen will not always be at the helm.” You, as a candidate, or as a private individual can do this. Some have already done so. Think outside the box.

Or we could lose again.

After all, why do something different, right?

We can always wait for 2024 for Trump to save us. Yeah, that’s it! He’ll save us! That way we don’t have to do anything!

Armando Simón is originally from Cuba, a playwright, a retired psychologist, and the author of “The Book of Many Books,” “Pro Se,” and “This That and the Other.“