The Ivy League Is Dying—and That’s a Good Thing 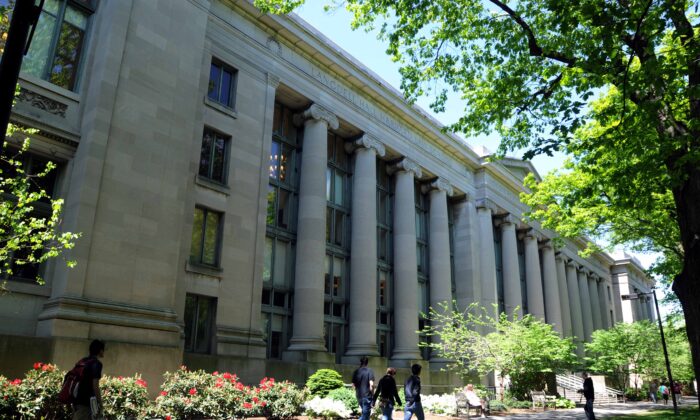 “Jeopardy” for a dollar fifty. … Why were we not surprised that Brian Stelter and Bill de Blasio (né Warren Wilhelm Jr.) ended up on the Harvard faculty?

Because there’s nothing surprising about it.

I know. That was too easy for a “Jeopardy” question.

If you weren’t sufficiently brainwashed K through 12, you would be at an Ivy college—and then some. You would be trained to parrot the approved ideology all across the country and the world, through the media and, yet more insidiously, at colleges more lowly on the academic food chain, should you so choose.

So why not ex-CNN bloviator Stelter, who spent the better part of an hour a day for two years shamelessly lying to the American public about nonexistent Trump–Russia collusion, or the former mayor of New York who helped turn America’s greatest city into the crime-ridden garbage heap it is now and is nowhere near repairing?

They are simply the obvious next steps into what can only be described as deliberate anti-intellectual inanity, plus brainwashing by the university (masquerading as the ne plus ultra of thought, of course).

“Fight Fiercely Harvard!” as Tom Lehrer used to sing in a mock football fight song. “Demonstrate to them our will.” However, that will—a university devoted to even-handed intellectual inquiry for the public good—no longer exists. The truth has an inconvenient way of interfering with propaganda.

The Ivy League schools that once did so much to help build our country along with others conventionally highly ranked by U.S. News and World Report are now doing their best to undermine its principles and destroy it.

So why is this a good thing?

Because when they do something so stupid, and almost ludicrously anti-intellectual, as to hire the likes of Stelter and de Blasio, they expose the nature of who they really are, what their institutions have become.

More people, including reluctant alumni, have to face reality. Many aren’t giving as much—and they shouldn’t. They shouldn’t give at all, yet “alma mater” continues to exert a significant pull on the emotions and values of many. They work hard to make it that way.

In our house, we know this well, since my wife is a graduate of Princeton and I’m a graduate of Dartmouth and Yale. We are bombarded with alumni newsletters, magazines, and so forth. All are now written, clone-like, in the same contemporary left-wing politically correct style. That makes them seen oddly unsophisticated and, again, almost deliberately anti-intellectual, as if created by “woke” robots.

They immediately fill our waste baskets, just as we no longer donate to the schools’ alumni funds—not that the latter matters. Most of these institutions are so rich that you have no influence unless you are prepared to donate in the millions.

But we have more power than we think. Not just alumni, all parents do. It could be put succinctly: Are you so stupid you would send your children to be educated by Stelter for 75 grand a year? (Dorothy Parker could have written a great limerick about that. )

If nobody goes, eventually these warped institutions will have to change, at least to some degree, or disappear. There are a lot of wonderful things we could do with the buildings. I know it’s a dream, but dreams do happen once in a while—with effort.

To realize this, encourage your children to get their educations locally. Don’t dream of Harvard or Yale, go to the University of Florida or Tennessee. It’s a lot cheaper and you will see them more often.

Yes, those schools are similarly infected—often by Ivy grads on the faculty or in the administration—but as with so many things, the chances of reform are far greater within the states. It’s part of the return to federalism many are espousing for good reason.

Your college-age children can be engaged in this process of this reformation, through Turning Point USA and similar organizations, and, in so doing, learn the history of our country and its ideals that the schools are so reluctant to teach.

PrevFor the Love of God, Would You Please Stop Being Stupid?
The Villain of the Compelling ‘My Son Hunter’ Isn’t HunterNext