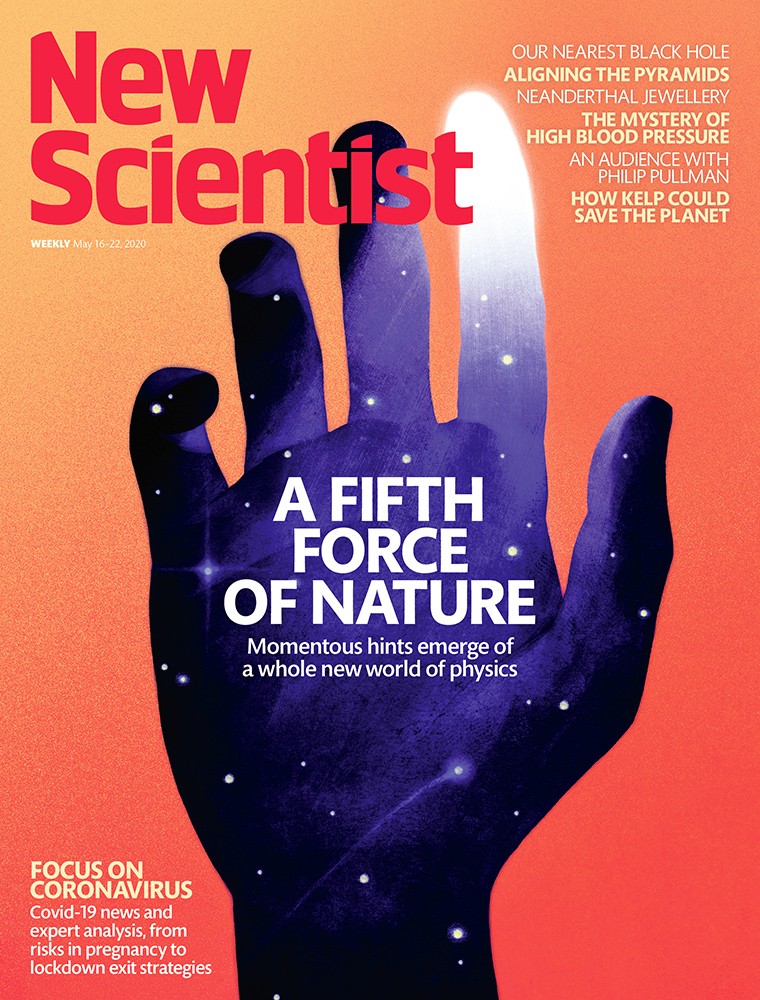 I subscribe to what I thought, until now, was a reputable weekly magazine about science. It’s called ‘New Scientist’. For anybody who has any handle on the scientific disciplines or the scientific method without being a scientist, or for someone who wants simply to be kept up to date about the doings in science and of scientists, it has been an affordable boon for many years.

However, those who edit the magazine have decided recently to follow the ‘woke’ religion. At first it was only the odd mild digression in the occasional article but over recent months the ugly, quasi-religious and racist beliefs of ‘wokery’ have appeared more and more often in an ever increasing number of articles.

Science, I have always been taught, is not about beliefs and assertions but about provable facts or plausible theories about the real world that need to be tested. To see, in the pages of what is supposed to be a trustworthy scientific magazine, a set of religious beliefs given credence as incontrovertible truth that may not be challenged has been a huge disappointment to me and many others.

The latest highly offensive lapse of editorial judgement occurs on the letters page of the current issue. It is a very brief letter from a Mr. Brian Reffin Smith located in Berlin in Germany and it reads as follows:

“One megaproject not mentioned as a way to fix the world for a trillion dollars is (relatively) cheap: buy all the right-wing tabloid newspapers. Not a copy of each, but the entire businesses. Then either transform them completely or shut them down.

They are to blame for much of the prejudice and hatred, the misogyny, the anti-expert and anti-science attitudes that cause so much harm and suffering. These translate into actions or inactions that affect the entire world, be it towards climate change, refugee awareness or international aid.”

That letter is an appalling load of tripe that is rife with inaccurate statements and overflowing with the very thing Mr. Brian Reffin Smith is trying to condemn – prejudice. Moreover it is advocating an assault on freedom, free speech and free journalism that quite simply beggars belief. That any editor of any journal that sets itself up to be an authority for those interested in scientific matters should print such a load of hate-fomenting drivel that obviously originated in a mind sickeningly skewed against the utterances of anyone who dares to disagree with its own world view is almost beyond belief.

Further, the writer of that letter obviously believes that all the motes are in the eyes of right-wing people whilst failing to see the beam in his own, and in his fellow leftists’, eyes. I have lost count of the number of times that leftists, ‘woke’ leftists in particular, have denied simple scientific facts, logical reasoning and well researched evidence in favour of cultist beliefs, ‘woke’ religious ideology and so-called ‘lived experiences’ (‘personal opinion’ in other words).

Notwithstanding my trenchantly expressed views on free speech, which you can find by clicking on this link, the publication of such a highly political hate filled piece of deliberate offensiveness in the letters page of scientific journal is opprobrious in the extreme. It was sandwiched between other letters about scientific matters that had caught the correspondents’ attention and as read through them I was brought up short by the completely different and unbelievably nasty tenor of Mr. Smith’s letter. I can hope that he was joking, but I have met many people who say and write the same sort of things as he has penned, and mean them, so I think that he is serious in his base and loathsome opinions.

Cancelling my subscription to ‘New Scientist’ would make me feel a lot better right away but in the long term such an action would simply deprive me of the many excellent articles the magazine still manages to print. Of course, there is only so much religious ‘wokery’, intolerance, hate and racism that one can put up with; if this periodical continues to slide further into the abyss of cultish assertions and the advocacy of reprehensible and racist beliefs then naturally I will take that course of action.

In the meantime I hope that the editors of ‘New Scientist’ will think better of the course that they seem to be intent on following and return the magazine to being a non-political and non-religious examination of the week’s science news.