Secretary Kelly and the Trump Team Can Beat Sex Trafficking

Enforce Terms of US Aid to the Northern Triangle 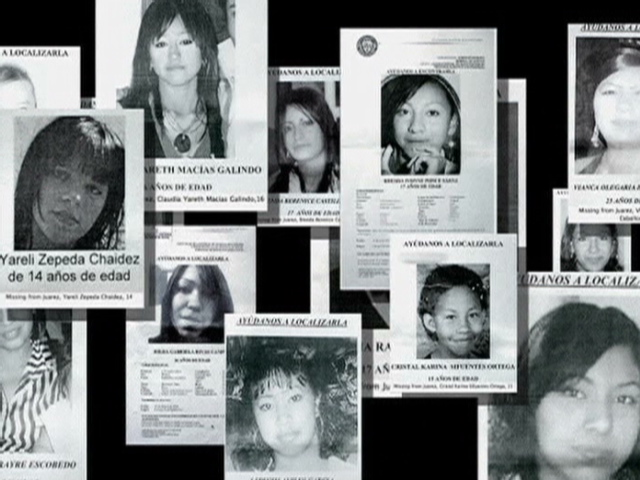 Homeland Security Secretary John Kelly understands the deathly, exploitative nature of migrant routes to the United States: “young women get taken into the … sex trade” against their will. The good news is that there are immediately available policy options.

The problem among Central American migrants is tragic; the United Nations estimates in Guatemala “At least 15,000 children are the victims of child sex trafficking networks.” Between 60and 80 percent of women voyaging north get raped, and the UN “Women on the Run” report hints at the causes:

“With authorities often unable to curb the violence [women] run for their lives.… After paying exorbitant fees to unscrupulous ‘coyotes,’ many women are beaten, raped, and too often killed along the way… [Some take] contraceptives before traveling … to reduce the possibility of becoming pregnant if they were raped during flight.”

On May 4, Secretary Kelly said “the overwhelming number [of migrants] are good, decent people looking for a better way to make a living.” He warned against paying human traffickers, because arrivals “will be turned around within our laws relatively quickly and returned.”

A woman willing to risk rape and possible death is unlikely to be discouraged by a verbal warning of being turned back. Unfortunately, sex-trade markets in Mexico and Guatemala are a byproduct of migrant smuggling, so any resolution will have to strike the root of illegal immigration.

To his credit, Secretary Kelly realizes this problem. In his speech, he noted administration plans to invest money to provide potential illegal immigrants “a reason to stay home.”

The Alliance for Prosperity (AFP, Section 7045) is the principal US aid for the Northern Triangle of Central America — Guatemala, Honduras, and El Salvador — the source of most recent illegal immigrants. Congress appropriated $750 million in 2015, but the Obama administration and Ambassador Todd Robinson, still in his post, flipped the spending criteria in Guatemala, the gateway to Mexico.

A refocus of aid to Guatemala could correct the incentive to flee. The funds for the policy that fits Secretary Kelly’s objectives requires Secretary of State Rex Tillerson to certify compliance with Alliance spending criteria:

The Obama policy was to support and impose on the three branches of Guatemala’s government the successors to the Marxist guerrilla from the armed conflict (1960-1996). He and his allies also persecuted legitimate authorities, which spread conflict throughout rural Guatemala. The state has very little presence there, particularly along the border, leaving criminal gangs and narco traffickers leeway to operate, which exacerbates poverty and unemployment.

“Cooperate with commissions against impunity, as appropriate” (AFP).

Former Vice President Joe Biden publicly pressured former President Otto Pérez to extend the mandate of the Commission Against Impunity in Guatemala (Cicig), with a UN-appointed commissioner. Despite touted anti-corruption success, the Cicig’s ideological loyalties have protected armed groups that indenture rural peasants to commit crimes against police, the public, and development projects. The Cicig is working against the oppressed, so cooperation with it is not “appropriate.”

“Implement reforms … [to increase] the capacity and independence of the judiciary” (AFP).

Robinson, Cicig Commissioner Iván Velásquez, and Guatemala’s Attorney General Thelma Aldana (decorated by Hillary Clinton’s State Department) have pressured Guatemalan congressmen, with threats of criminal prosecution and US-visa cancellations, to change their Constitution. This would result in less-qualified magistrates and domination by the judiciary over the executive and legislative branches.

“Investigate and prosecute in the civilian justice system members of military and police forces who are credibly alleged to have violated human rights” (AFP).

Lacking credible evidence, Aldana’s ministry has prosecuted military veterans with falsified evidence and violations of due process. In the Sepur Zarco case, the defendant was a second lieutenant at the time of the alleged crimes. The presiding judge — decorated by  former First Lady Michelle Obama — convicted him not for committing the crimes, but for having people under his command commit them. The prosecution didn’t name the culprits, and he could not cross-examine the witnesses; yet he received a 120-year sentence.

Aside from the holdover policy, conditions are conducive to the rule of law, given widespread support. A favorable environment for investment would offer potential illegal immigrants and Secretary Kelly the sought-after “reason to stay home.” Secretary Tillerson should reverse the Obama policy and comply with the spending criteria of the Alliance for Prosperity.

The first step would be to remove Robinson. Career foreign-service officers tend to favor the status quo, which hasn’t worked. The next ambassador should come from outside the State Department and have the knowledge to address current conditions to the benefit of both the United States and the women who ride the Train of Death north.

First published in the Daily Caller

PrevRefugees and Architecture
Pence: ‘Radical Islamic Terrorists’ Are ‘the Embodiment of Evil in Our Times’Next