The Need for Political Diversity 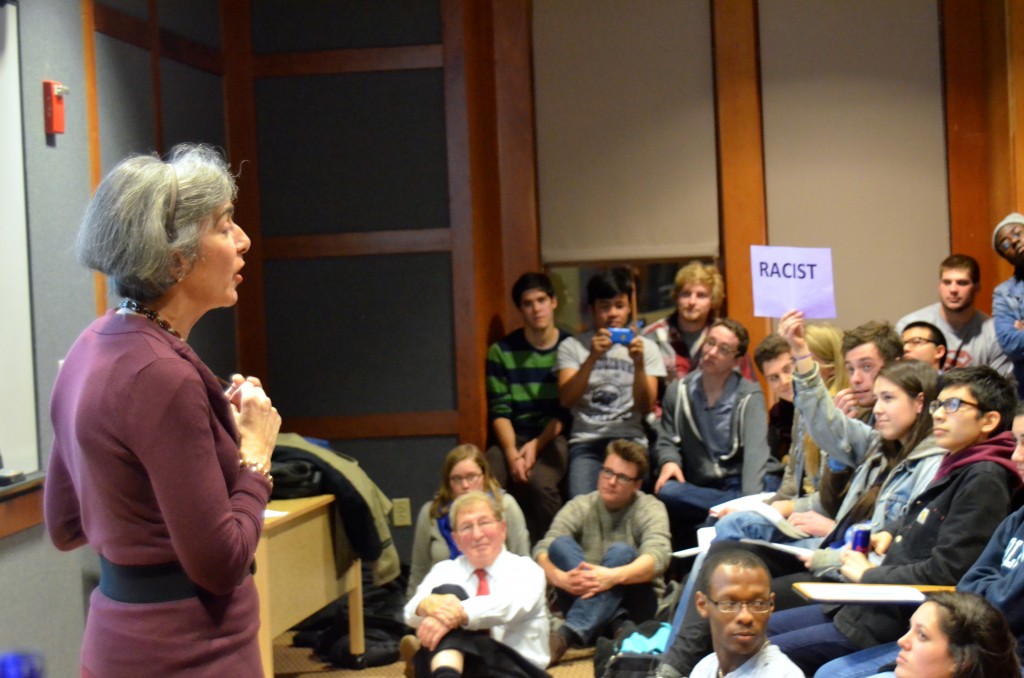 Is it an earthquake or merely a shock? On June 14, 2018 the Inspector General of the Department of Justice, Michael Horowitz, issued his report on the handling of the Hillary Clinton emails by the DoJ and the FBI. It found that the then FBI Director James Comey was insubordinate, that Attorney General Loretta Lynch showed weak leadership and lack of objectivity, that at least two particular FBI personnel, Peter Strzok and Lisa Page were responsible for anti-Trump communications, and there were other instances of errors of judgment and lack of professionalism.

However, the report concluded that the evident political bias of some FBI personnel did not affect their legal decisions regarding the Clinton issue. Intent, of course, is difficult to determine especially if there was no documentary or testimonial evidence on the issue. The political parties will differ on whether the report is a rainbow or just a mirage. Yet the statements of hostility by a number of FBI personnel, and the pronounced political bias towards the presidential candidacy of Donald Trump suggest that the conclusion of the report, though trying to be transparent, can be regarded as inadequate if not “extremely careless” or “grossly negligent.”

This political inquiry has come at a time when the U.S. is concerned with related issues of equality under the law and appropriate diversity in social organizations.

Diversity has become a central factor, in academia and in business, with reference to ethnicity, gender, sexuality, social mobility, and disability. Nowhere is this a crucial problem more than in American universities with the argument for a more diverse student body, recruited from historically underrepresented populations, black , ethnic groups, and women.

Cultural diversity is important in a desirable society. One practical argument is that socially diverse groups are more innovative than homogeneous ones, that simply interacting with other groups forces people to prepare better, leads to creativity, and better decision making because of novel information.

Diversity is being implemented in business. Penguin Random House plans to make the company more diverse both by its new hires and by the authors it will publish by 2025. Yet, a number of problems arise. The first is what is to constitute diversity, and what factors are to be considered. Should factors such as religion, age, occupation, and politics be considered relevant?

Universities, particularly Harvard University at the moment are confronted by the problem. Harvard College in June 2018 faces a lawsuit that its admissions system is biased against Asian-Americans, by intentionally discriminating against Asian-American applicants by limiting their admission numbers every year. This, the plantiffs hold, is a violation of civil rights law and the concept of equal treatment.

Harvard College will admit in 2018-9 for its 2021 class about 4.6% of applicants; of these 22.7% are self-reported Asians; 14.5% African-Americans; 10.8% Latino, and 3% Native American. Asian-Americans argue their proportion should be higher in view of their test scores, and compare this discrmination with the quotas against Jews in the 1930s.

Applicants to Harvard are considered in four ratings: 1. academic, 2. extracurricular, 3. athletic, 4. personal, plus an overall rating.

Asians score higher in 1 and 2, but lowest on 4, the “personal”, an assessment of character traits, a curious mixture of qualities and personality traits: positive personality, kindness, likeability, courage, widely respected, leadership, curiosity, open mindedness, and creativity.

The whole issue of affirmative action is legally unresolved by the Supreme Court. The case of Fisher v. University of Texas at Austin 2013 decided 7-1 that race could be used as one of many factors in considering admissons, and only if it was related to achieve the educational benefits of diversity. Educational diversity was held to be a compelling interest as a concrete and precise goal. The ruling was upheld in a second Fisher case, 4-3,  sanctioning the affirmative action policy of the University. The use of race as a consideration in admission process was held not to violate the Equal Protection Clause of the 14th Amendment of the Constitution.

One factor never brought into discussion in Harvard or elsewhere in academia, the media and in social and professional bodies, is political diversity. Harvard itself illustrates this by the political imbalance in its faculty. Precise reports on this lack of diversity are not plentiful, but some are available. One of the Harvard faculty shows that in the 2008 election, the faculty members by 20-1 voted for the Democratic Party. In the Harvard department of government, only 3 or 4 confessed to being  Republican. More genersally, another study of 40 leading U.S. universities indicated 12-1 majority support for Democrats. The best departments for Republican were those of economics, and even there Democrats had a 4.5-1 majority.

This political disproprtion and lack of diversity may be one reason to explain the disgraceful intolerant behavior of students towards conservative speakers. What else can explain the hundreds of students at Middlebury College disrupting the lecture and setting off fire alarms, to prevent a speech by the distingished though controversial social scientist, Charles Murray. As a result of his 1994 book The Bell Curve, which linked intelligence with race, Murray was accused of being racist, sexist, anti-gay. The protestors held that his talk was not an educational opportunity, but a threat, though it was unclear what was theatened.

Academia has been the scene of many examples of lack of intellectual and political diversity. Among them are the cancellation at University of California, Berkeley, of a lecture by Milo Yiannopoulos, an outburst at New York University when Gavin Minnes, conservative comedian, in February 2017 tried to speak to NYU College Republicans but was pepper sprayed, and 11 were arrested. Portland Stste U Professor Bruce Gilley resigned from the American Political Science Association  because his proposed panel, “Viewpoint Diversity in Political Science,” with people of all political sides was rejected, for him a serious lack of political diversity, and a clear case of leftist intolerance for any conservative presence.

Equally troubling is the case of Amy Wax, Penn Law School, who has been barred from teaching 1st year law students. Her offence is that she had made two controversial statements. One was in a column attributing poverty and other social problems to a breakdown in “bourgeois culture,” such as self-discipline and commitment to marriage in the US. The other was, in a letter to the Brown University economist Glen Lowry, himself black, when she wrote she had never seen a black student graduate in top quarter of the class and rarely in the top half.

In view of the current controversey over behavior of legal members of the DoJ and FBI it is useful to consider diversity in the legal profession though this is difficult. The legal profession is more difficult to assess in terms of diversity, with its large numbers and with their points of view that are related to varied factors; law school attended; geography of their professional firm; status as partner or not; size of their firm; government employees, about 8% of all lawyrers; or employees of major companies.

In general, lawyers, especially trial lawyers, are more leftist than the general population, as shown in donations to political parties. Government lawyers tend to be more liberal than non-government lawyers. Public defenders lean left, while prosecutors less so. Those attenders of top law shools tend to be more liberal than those from less prestigious schools. Yet, few lawyers are at political extremes of either political party. Lawyers tend to be in the middle, in the same way as in other professions. Geographically, those from the North are more liberal than those from the South. However, all leading law firms show a tendency  to lean left, and most of them are in big cities, such as NYC, Chicago, LA, and DC. But much of the outlook depends on the agenda of the law firm, economic mergers or immigration issues.

Political differences remain, but it is encouraging that Inspector General Horowitz is prepared to investigate whether the clear, demonstrated bias of some FBI officials has been a factor in decision making. It might also be useful and revealing if there was some general analysis of a neglected topic, the political diversity of the legal staff in government employment.

PrevIsis supporter ‘plotted to bomb Downing Street and behead Theresa May’, court hears
Trump Has Strengthened, Not Undermined, Democracy in the U.S.Next