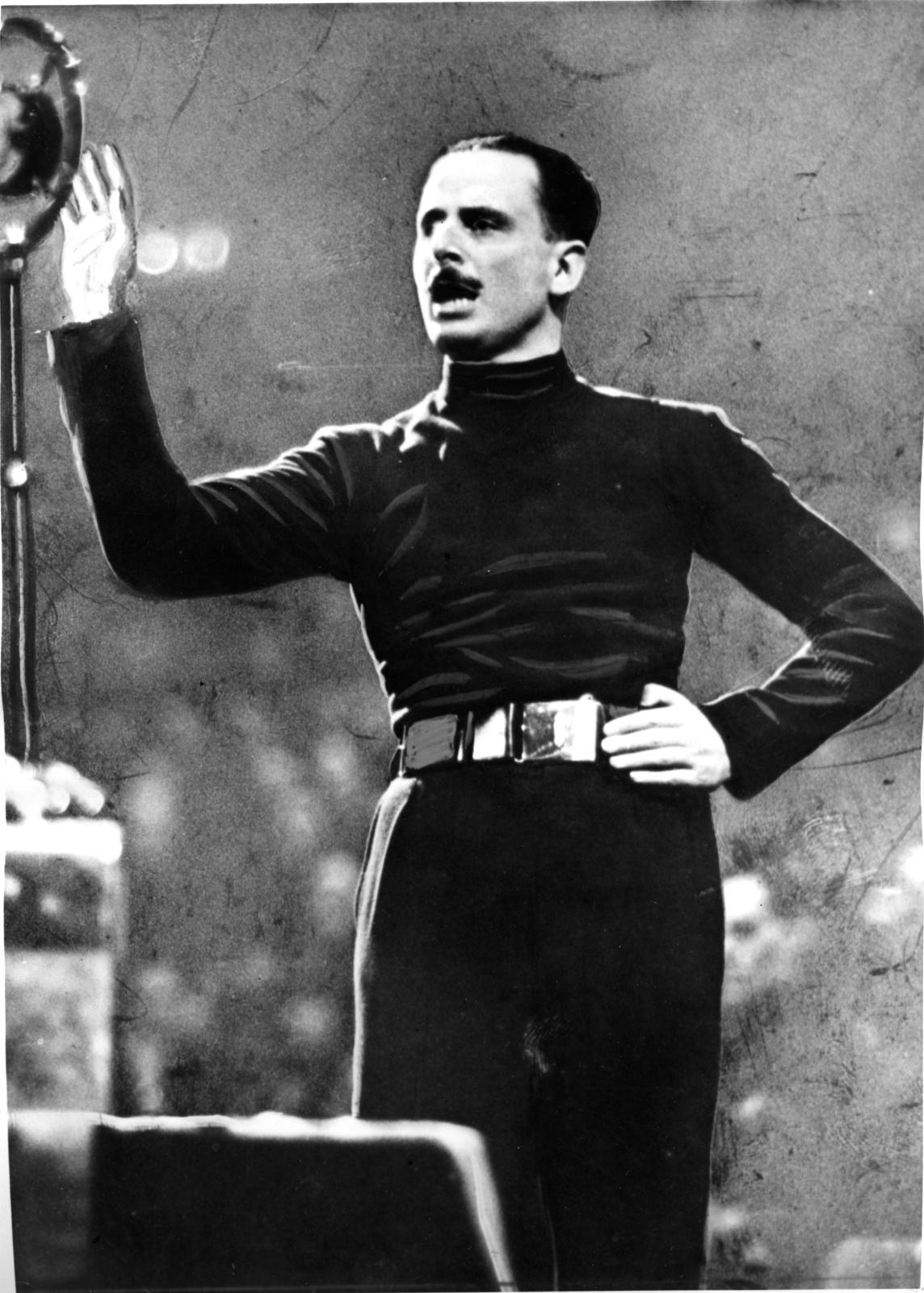 Thanks for the memory. The well known 19th French epigram states that “plus ca change, plus c’est la meme chose” (the more things change, the more they stay the same). It is disquieting that some individuals in political groups in Britain today wear, as did pre war Nazis and Fascists, brown shirts and black shirts as signs of political association. It is questionable whether, as the British novelist  L.P. Hartley wrote, the “past is a foreign country: they do things differently there.” Obviously, changes occur and make differences, but the persistence and resurgence  in Britain of racism and the disease of antisemitism may well validate Yogi Berra’s unique remark  “It’s deja vu all over again.”

A new controversial issue involving forgetting and rewriting history, as well as memory and remembrance of things past has arisen in Britain. It involves Max Mosley, youngest son of Sir Oswald Mosley and Diana Mitford. Oswald was the handsome, aristocratic, very wealthy, founder of the New Party and then in 1932 founder and dictatorial leader of the British Union of Fascists, BUF, modelling his leadership style on Benito Mussolini. His belligerent message was unmistakable. In April 1935 he spoke of challenging the Jewish interests of Britain who commanded commerce, the Press, the cinema, City of London. The Jews were killing industry with their sweat shops. He advance suffered a major setback when his attempt with the  Blackshirts, the BUF, on October 4, 1936 to march through some streets in East London, largely populated by Jews, failed.

Diana, beautiful member of the celebrated Mitford family, attended the first Nuremberg Rally, and was a friend of Hitler whose guest she was at the Nuremberg Rally in 1935. She married Oswald at the home of Goebbels in Berlin in 1936 with Hitler as a guest. Among her jewelry was a diamond swastika.

The BUF was banned in May 1940 after the start of World War II, and a number of its leaders, including Oswald, were arrested and interned for a time in Holloway Prison as threats to national security. Indeed, Oswald had called for Britain to make a deal with Hitler to protect the British Empire.

Max, an inherited multi millionaire, started as a great admirer of his father, and never disowned him. As a young man he was actively involved in far right politics, a  prominent member, propaganist, street activist, legal adviser, and unsuccessful parliamentary candidate of the highly racist Union Movement, the party founded by Oswald in 1948 and dissolved in 1994. Max had no regrets for anything he had done over the last 50 years.

Among those activities Max, then aged 22, had on July 31, 1962, together with Oswald, taken part in a provocative rally in Dalston, Hackney, then a London area largly populated by Jews, that led to violence and slogans of “Jews out.” Max was arrested for his threatening behavior. He had already been arrested in March 1961 for obstructing the police during a counter demonstration related to an anti-apartheid vigil in Trafalgar Square commemorating the first anniversary of the Sharpeville massacre in South Africa.

Together with his father, Max met in Venice in 1962 with well known Nazis, Otto “Scarface” Skorzeny, Waffen-SS special forces commander who rescued Mussolini in 1943, and Hans-Ulrich Rudel, Luftwaffe bomber pilot who later helped Josef Mengele and other Nazis escape to South America.

An Oxford graduate, Max became a qualified barrister, had a successsful business career, and for a time was a racing car driver. He became president of the FIA, the International Automobile Federation, the governing body of Formula One, the head of motor racing. He claimed his political views changed over time. Indeed, between 2015 and 2017 he donated £540,000 to support the office, which employed nine people, of Tom Watson, deputy leader of the Labour Party. Officials of the Labour Party have refused to comment on whether Watson shoud give back the money, but  have stated that the Party will not take any further donations from Max.

The hidden past of Max, now 77, was revealed by discovery of a pamphlet he had published as the local election agent of a candidate of the Union Movement in Manchester in the 1961 parliamentary election.

In a court case in 2008 Max had successfully sued The News of the World over reports of his presence in a sado-masochistic sex session with five prostitutes. After the 2008 case, Max campaigned for greater regulation of the press, and backed Impress, with £3.8 million to do this.

What is pertinent here is that at the trial, he committed perjury in denying any knowledge of the 1961 leaflet. However, two copies of it were found by the Daily Mail in the archives of Manchester. Not surprisingly, Max suggested they might be fakes.

In the pamphlet Max explained why people should vote for his candidate. Colored immigrants were forming a large part of the unemployed. They would be used to lower the living standards. Britain was suffering from an acute housing shortage, colored immigrants were coming into Britain faster than new homes could be built. There was no medical check on immigration: tuberculosis, V.D., and other terrible diseases like leprosy were on the increase. “Colored immigration threatens your children’s health.”

Britain is troubled by the far right. Mark Rowley, about to retire as Assistant Commissioner at London Metropolitan Police, said on February  26, 2018 he was gravely concerned  that Britain faced an increased threat from far right terrorist, home grown, white suprematists, neo-Nazi organizations committed to violence. He pointed out the occasion when a far right fanatic in 2016 murdered the politician Jo Cox during the Brexit campaign, stabbing her and shouting “This is for Britain.”

Amber Rudd, British Home Secretary, in December 2016 banned the National Union, NU, and other groups, the first such action since May 1940, considering it terrorist. Britain, she asserted, was no place for vile, racist, homophobic, antisemitic groups, that glorify violence, and stir up hatred, while promoting poisonous ideology. She also in October 2017 called on social media companies to honor their moral obligations, to use technology to stop anti-democratic utterances, neo-Nazism, Islamophobia, and intolerance of women’ rights, on their platforms. The NU she stated promoted and encouraged acts of terrorism.

In Britain there are a number of other far right and neo-Nazi groups, mostly with small numbers. Among them are Combat 18, a neo-Nazi group founded in 1992 with a simple messsage, white nationalism and antisemitism, devoted to violence and opposition to ZOG, Zionist Occupied Government. The “18” is derived fom the first and eighth letters of the alphabet, the initials of Adolf Hitler.

The British People’s Party, created in 2005, calls for a white workers’ state, and complete opposition to Zionism and the State of Israel. It was “voluntarily deregistered,” officially disbanded, in 2013 but its web site is still active . An earlier version of this group called for the expulsion of non-whites and Jews, and for adherence to the Fourteen Words, “We must secure the existence of our people and a future for white children.”

The League of St. George founded in 1974 as a political club to continue the ideas of Oswald Mosley in a “pure form,” carries the emblem of the Arrow Cross, but is not too active.

It is of course true that people can honestly change their political opinions. In the 1930s, Oswald received some support from the Press Barons, Lord Rothermere, owner of the Daily Mail, and Lord Beaverbrook, owner of the Daily Express and London Evening Standard. But both quickly ended that support, and refused to support any movement with an antisemitic bias or one that neglected the need for greater expenditure on defense, especially for the air force.

The case of Max Mosley is different. His reluctance to admit publication of the racist leaflet or his own questionable past suggests a lack of forthrightness or more. He did finally concede that the offensive leaflet was “probably racist” but he saw no reason to apologize. Mark Rowley and Amber Rudd are right to warn and be cautious about the far right groups.

PrevThe Irish government has been slammed for paying journalists to write good news stories about Project Ireland 2040.
Dundee killer Robbie McIntosh could have been radicalised after converting to IslamNext