Would the Indictment of Donald Trump Lead to Civil War? 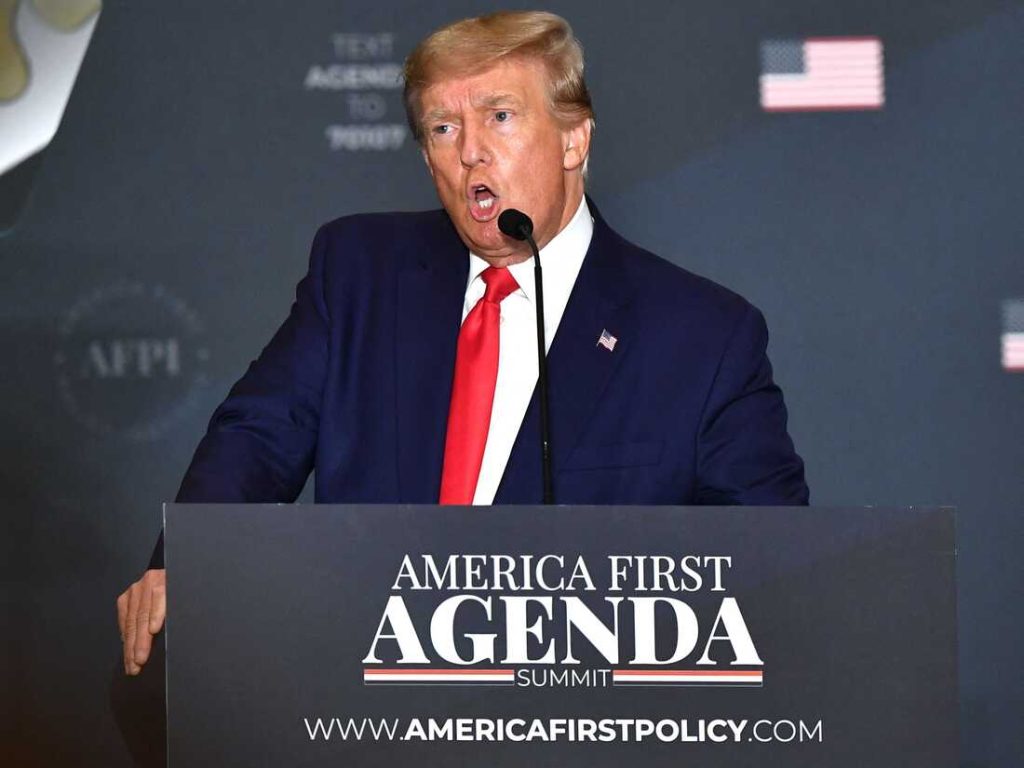 Midway through viewing The Epoch Times’ excellent documentary about Jan. 6, I started wondering—and not for the first time—whether we are on the brink of civil war and if an indictment of Donald Trump by Attorney General Merrick Garland would take us over that brink.

Consciously or unconsciously, that appears to be the ultimate goal of the committee, especially now that it’s being reported that few are paying close attention to it. Such an act would clearly garner that attention, to say the least, in a divided land where the former president has in the vicinity of 100 million supporters, many of them adamant.

It also would pretty much erase the word unconsciously from the previous paragraph, barely there in the first place.

Michael Anton, of “The Flight 93 Election” fame, wrote just a few days ago in another epochal essay, “They Can’t Let Him Back,” that begins, “The people who really run the United States of America have made it clear that they can’t, and won’t, if they can help it, allow Donald Trump to be president again.”

He also writes, “Anti-Trump hysteria, in the final analysis, is not about Trump.”

Indeed. This hysteria is about the preservation of a system almost as far from our envisioned original democratic republic as you could go and heading further off, a kind of bureaucratic oligarchy commonly called the administrative state. It’s ultimately about preserving thousands, probably hundreds of thousands and possibly millions, of lifetime ruling-class jobs, high and low, or jobs related to them or depending on them.

The vast majority of these jobs, as many already and an increasing number know, shouldn’t exist. They do nothing to enhance the life of the average citizen and in many, if not most, cases make it worse.

You might even call it Rule-by-Kafka, especially since the advent of COVID-19, the Czech genius having given us the best descriptions of our current existence in works such as “The Trial” and more specifically “The Metamorphosis,” when a man awakens to find he has become a cockroach.

Trump was rather naive at the outset of his administration, unwittingly employing and therefore enabling a surprising number of these tribunes of the Deep State. No longer, if his recent statements are any indication. He seems bent on the destruction of the administrative state and a positive return to the “republic for which it stands.” It’s also likely that Gov. Ron DeSantis, having observed the situation well, would behave similarly.

What we could be seeing in the next months is an indictment of Trump, based on “findings” of the Jan. 6 committee, accompanied by, within weeks either way as a palliative, some kind of indictment of Hunter Biden that would almost certainly come in the form of a settlement. That settlement, given, as Kafka well knew, the behavior of those who control your lives, would include the agreed-upon permanent sealing of documents, including laptop contents, possibly their destruction as well, by all sides, flushing concrete evidence of Biden Family legal and arguably traitorous doings, presidential and otherwise, in China, Russia, Ukraine, Kazakhstan, and wherever else down the proverbial memory hole.

Would that palliative be enough to avoid civil war and get the masses to acquiesce?

If there is a civil war, we can blame, in part, Liz Cheney (somewhat of a comedown from Archduke Franz Ferdinand) whose obvious overwhelming motivation—unremitting vengeance for a slight to her father—would get an understanding nod from Sophocles and Euripides, both of whom wrote magnificent “Electra” plays.

Watching the documentary also sent my mind back more than a decade when, for PJTV, I went to Stanford University to video a lecture by the historian/classicist Victor Davis Hanson, well known to almost all readers here. I recall Victor saying something obviously true that I had never thought of before and made me feel a little dumb—that war was the basic human condition and we were living through an exceptionally rare moment of peace or semi-peace.

That the current Ukraine war is relatively contained comports with Hanson’s observation.

But will it last?

So, to channel Herman Kahn of thermonuclear war fame, it may be time to think about the unthinkable. Thomas Jefferson certainly did when he wrote in a letter to James Madison, “I hold it that a little rebellion now and then is a good thing, and as necessary in the political world as storms in the physical.”

He also wrote in a letter to William Smith: “God forbid we should ever be 20 years without such a rebellion … “

Of course, those were the days when weaponry was but bows and arrows compared to what we have today.

War has a way of sneaking up on you. As Leon Trotsky is reputed to have put it, “You may not be interested in war, but war is interested in you.” This quote from the famous communist is oft-repeated because, unlike much of his propaganda, it has the ring of truth.

Events spin out of control. Think what an insane-sounding moment in history it would appear if Liz Cheney’s fury at Trump’s insulting her father about the Iraq War turned out to be the igniting point of a second American civil war. (Insane-sounding, yet straight out of Greek tragedy.) And yet where would the Jan. 6 committee be without the cover of Liz, the putative Republican?  Would it even exist?

The second American civil war may already have begun with the arrests of Peter Navarro and Steve Bannon because of their refusal to speak with the committee. These are initial shots across the bow. Bannon’s relationship with Trump has sometimes been equivocal, but Navarro was his virtual right-hand man, indispensable in how he dealt with China.

Moreover, the two most recent Democratic administrations appear to have been making preparations for such an internal fight by appointing the so-called woke to the highest ranks of the military. This makes no sense if you think about our well-armed adversaries in China and Russia, who must have rolled their eyes in untold delight at such a strategy, even more so after the Afghanistan debacle. What a gift from what was once the strongest military in the world.

But if you think about it in terms of civil war, if you think that the real concern of our present government, is internal, it starts to compute, as do recent activities of our Justice Department, FBI, CIA, and so forth.

Which side would the military be on is definitely a Kahn-style unthinkable question. It’s also a hard one to answer. Traditionally, the military would be on the side of the people, especially since its ranks generally consist of the working class young. But considering much of its leadership, it would likely be split, though it’s unclear in what percentages. A war within the military is a distinct possibility. Similarly, there would be wars among the police.

Whatever the case, given that this wouldn’t be nearly as much a North–South war as the first one—since many red enclaves exist in blue states and many blue enclaves, particularly in the cities, exist in red states—and given that more families themselves are riven, everything is unpredictable.

Perhaps it’s time to give an American separation—seceding intelligently—more serious thought, heartbreaking as it is to contemplate. Maybe if we separate, we can learn to live together, after a time anyway. The Israelis and the Arab world are edging closer together. (Yes, they have a common enemy in Iran, but still …)

In any case, Civil War II is horrifying to contemplate, with potentially more corpses than the first time around, when an estimated 620,000 men died. That was out of a paltry 19.2 million population. We are currently well over 300 million. Do the math—and add women who would now more likely be participants—and the numbers are pretty mortifying to calculate.

Continuing to think the unthinkable, doing that Kahn thing, unfortunately also encompasses considering the final result, if we are to be in any way complete.

Pondering this while driving across Middle Tennessee the other day to visit a friend who lives in a rural area, gazing out at the endless farms with the strong men and women working the land—we can call them unabashedly The Patriots—I knew they would win in the end, bitter as it would be. They are godly, they are brave, they would persevere, and they are already armed and know well how to use those weapons.

After all, if we are but Kafka’s cockroach, it’s worth remembering cockroaches have been around for at least 300 million years and are showing no signs of extinction.